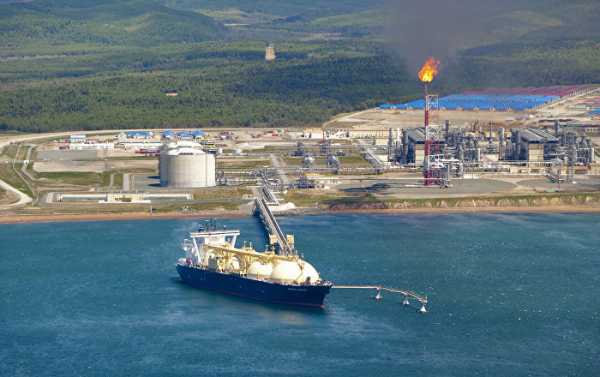 WASHINGTON (Sputnik) – The United States is ready to compete with Russia in the liquefied natural gas (LNG) market in Europe, US Assistant Secretary of State Sandra Oudkirk told Sputnik after a conference at the Atlantic Council think tank.

“We are ready to compete in the EU especially… in regard to LNG,” Oudkirk said on Monday

The United States has 30 operational Floating Storage Regasification Units (FSRU), Oudkirk said, but the volume US companies can sell to the EU “is much less than the volume that Russia can sell through its pipelines.”

The Assistant Secretary of State said the price is the main issue. She said the United States is eager to sell gas all over the world wherever the price is competitive. Washington needs to work on regasification, liquefaction, transport and storage costs, Oudrick said.

The United States has been increasing its LNG deliveries to European Union countries and has become the six largest LNG supplier of the 28-nation bloc in the first quarter of 2017.

According to the International Energy Agency, the United States will become one of the leading LNG exporters in five years.

Why Republican women in Congress might become rarer after the 2018...

The enduring allure of retro tech

From Banksy With Love: Bristolians In Awe After Finding Valentine’s Day...