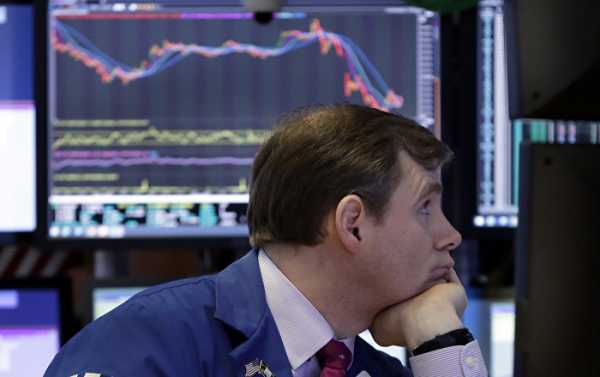 The Dow Jones Industrial stock index, one of the most significant indicators of US financial health, suffered a 425 point loss on Friday after shedding 700 points the day before.

Markets around the world were gloomy on Friday when US President Donald Trump signed a spending bill to authorize $1.3 trillion in government spending. Trump stated he was “not happy” about the 2,200-page omnibus spending bill, which he claimed lawmakers gave to him on Friday morning and asked him to sign the same day.

“I’ll never do it again. Nobody read it. It’s a few hours old,” Trump lamented.

Trump and other GOP members of Congress lamented the size of the spending bill, which the president complained was marred by “waste” funds allocated to Democratic projects in order to ensure Democrats’ support for the military spending championed by Republicans. Senator Bob Corker (R-TN) stated Friday, “the spending levels without any offsets are grotesque, throwing all of our children under the bus. Totally irresponsible.”

​The US national debt eclipsed $21 trillion in March, a figure that is greater than the US’ nominal 2017 GDP of $19.7 trillion.

An Astounding Romanian Documentary About One Man’s Quest to Change the...

Why Trump says he may leave meeting with Kim Jong Un...