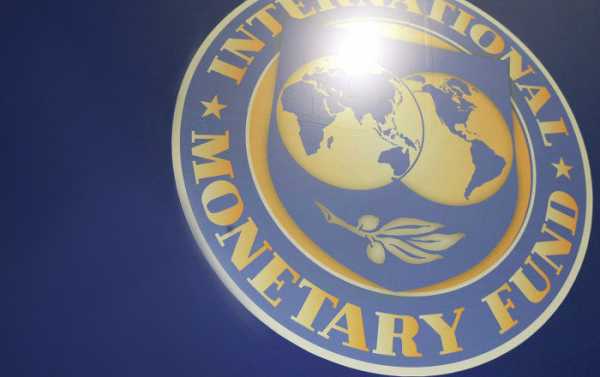 US Treasury Secretary Steven Mnuchin says the International Monetary Fund (IMF) could step up its game ensuring the global trade is a free, fair, and reciprocal environment.

Kristian Rouz — In an unprecedented move, US Treasury Secretary Steven Mnuchin criticizes the International Monetary Fund (IMF) over the latter’s stance on international trade, saying the Fund could do a better job addressing global trade imbalances.

Secretary Mnuchin pointed out that countries with sustainable trade surpluses pose a hazard to the international trading system, as such practices are helping certain national governments take advantage of productive forces and consumer markets overseas, thus hindering the overall performance of the global economy.

“The IMF must step up to the plate on this issue, providing a more robust voice and consistently noting when members maintain macroeconomic, foreign exchange, and trade policies that facilitate an unfair competitive advantage or lead to imbalanced growth,” Secretary Mnuchin said.

His remarks come as quite a surprising development, as critics of the IMF have  long pointed out that the Fund tends to sync its recommendations with US economic and foreign policy objectives. This might no longer be the case in the wake of a sweeping macroeconomic overhaul in the US, as the IMF has generally maintained its commitment to what it sees as free and unrestricted trade.

Secretary Mnuchin also said the discrepancies in international trade have widened since the 1980s and 1990s. This happened not least due to the global exchange in technology, including the know-how pertaining to machine parts and equipment manufacturing.

Subsequently, certain nations have ramped up their industrial capacity, allowing them to improve the quality and quantity of their output to the point where they can compete with the advanced economies.

The US Treasury Department is one of the largest sponsors of the IMF, whose mandate, in turn, is to promote economic growth and market reforms in the developing world and emerging markets overseas.

In his remarks, Secretary Mnuchin also mentioned Mainland China’s acquisitions of US intellectual property as one of the Trump administration’s main concerns related to the global growth perspective. He said the US welcomes the IMF’s new initiative, the External Sector Report, which is the Fund’s assessment of global currency valuations and FX rate correlations.

This as US President Donald Trump has repeatedly pointed out that China and several other nations tend to resort to currency devaluations in order to support and boost their competitiveness in international markets.

“We strongly believe that unfair global trade practices impede stronger US and global growth, acting as a persistent drag on the global economy,” Mnuchin said. “Ensuring that trade is free, fair, and reciprocal will boost global trade and support stronger, more sustainable growth.”

This comes after the IMF praised the Trump administration’s efforts to relieve American businesses and consumers of excessive tax and regulatory burdens, as well as the US commitment to undertake entitlements reform, which would ease the pressure on the federal budget.

However, Secretary Mnuchin said, the Fund’s assessments of the global economy are not always relevant, urging a better and more precise response through appropriate policies and country surveillance.

“At the same time, we urge the IMF to speak out more forcefully on the issue of external imbalances, including by providing clear policy recommendations for countries with large surpluses, in support of more balanced global growth,” Mnuchin added.

The Treasury Secretary reiterated the global economy could grow at a much faster pace if the international regulatory framework was up to date.

However, the IMF’s approach to regulation and oversight hearkens back to the 1980s. The IMF’s overall approach to oversight might require updates in the wake of the most recent advances in technology worldwide, which enabled a facilitated and accelerated international exchange in goods and services.

Luke Shaw back in England frame after Manchester United transformation

The Wisconsin high schoolers’ Hitler salute and the problem of “ironic”...

To Whom It May Concern |