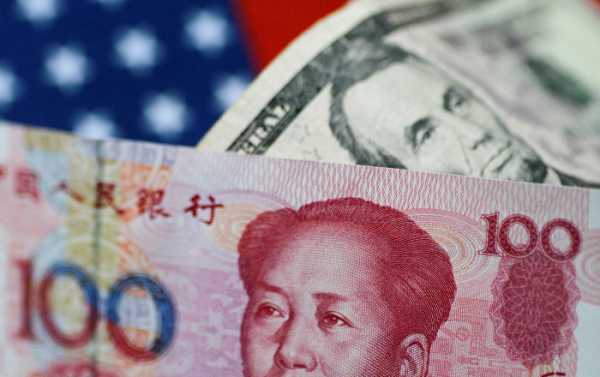 The Trump administration is seeking to curb the influx of Chinese investment, particularly in US-based tech companies, as such capital flows are seen as potentially jeopardizing US national security.

Kristian Rouz — In the latest round of US-China trade frictions, the Trump administration is considering curbing Chinese investment in US-based companies, primarily in the tech sector. This comes after a Section 301 investigation revealed Beijing’s efforts to acquire American startups.

Such mergers and acquisitions have actively, the probe found, been targeting US technology, know-how and other intellectual property, which President Donald Trump believes is a national security concern.

The Treasury Department has until May 21 to decide on potential restrictions of such practices, which would fall under the jurisdiction of the US Committee on Foreign Investment (CFIUS).

The Treasury has also been weighing expanding the CFIUS’s authority, as the Trump administration believes national security is comprised of a multi-dimensional and inter-connected set of issues, which include military and intelligence matters, along with trade, broader economic sustainability and mass migration.

“That’s a separate process that’s ongoing, but the CFIUS office is not working on that. We have separate offices in Treasury which are considering those two issues distinctly,” Heath Tarbert of the Treasury’s International affairs office said.

President Trump is targeting $50-$150 billion worth of Chinese imports through conventional trade restrictions, such as tariffs, and, possibly, quotas. In addition, non-tariff regulations are deemed as more of an emergency or contingency strategy, oftentimes motivated by issues of national security or as a way to protect strategically important industries.

The president also mandated Treasury Secretary Steven Mnuchin to address the administration’s concerns by taking steps to curb investment “directed or facilitated by China in industries or technologies deemed important,” according to last month’s statement from President Trump’s office.

Meanwhile, Chinese acquisitions of US companies have declined since President Trump took office last January. The total amount of such investment dropped to $31.8 billion from some $53 billion in 2016, according to some estimates. Moreover, President Trump is targeting Chinese investment in particular, as China’s vast manufacturing capacity coupled with US technology could challenge US exports of high-tech products.

Some US lawmakers, however, are skeptical of the president’s CFIUS action.

“The CFIUS process wasn’t originally designed and is now insufficient to address today’s rapidly evolving technology as well as the threats to our technological edge,” GOP Sen. John Cornyn said. He added that he believes a CFIUS action could be aimed at “[perpetuating] the status quo as long as possible, not to protect our national security interests but just the opposite.”

The US corporate sector, however, appears to be quite enthusiastic of the president’s endeavors related to Section 301 and intellectual property. Goldman Sachs CEO Lloyd Blankfein said any pressure applied on China is “fine” — as it could boost the U.S.’s bargaining power in ongoing trade consultations.

“I understand what’s trying to be accomplished here: We’re not trying to end trade with China, we’re trying to even it out,” Blankfein said. “I think from the U.S. point of view it’s time to say ‘let’s re-examine where we stand.'”

The CFIUS is currently examining foreign investments on a case-by-case basis, but the Trump administration might be seeking to revamp and streamline the process by offering universal criteria of assessment. Such criteria would quicken the evaluation process for certain risks pertaining to national security in strategic industries.

The Treasury Department said concrete proposals would be rolled out next month, and the president will have several options of how to proceed with non-tariff limitations.

Harrington the best of the Irish as Tyrrell Hatton in contention...