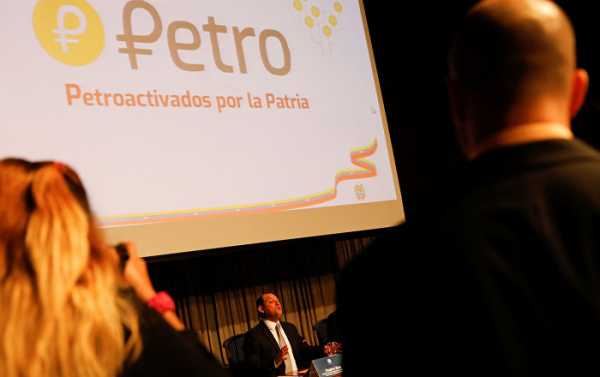 Venezuela’s petro cryptocurrency has become a reality. The country’s government today officially launched the presale of its own cryptocurrency, in hopes that the new digital coin will boost the Venezuelan economy.

Petro is the world’s first sovereign cryptocurrency, and is also backed by Venezuela’s rich oil reserves, making it particularly appealing.

He explained that cryptocurrencies allow financial transactions to bypass US-controlled financial and economic institutions, pointing out that Washington “keeps on the hook” most of the channels implementing operations with traditional currencies, including digital ones.

From now on, US sanctions aimed at complicating the Venezuelan leadership’s financial operations will be much less of a headache for Caracas, the expert said.

For the same reasons, Russia, China and many other countries, “are developing and implementing ideas regarding their own cryptocurrencies,” Piña said, noting that a similar idea is being discussed among BRICS member states as well. In addition, BRICS leaders are considering the possibility of using a future joint cryptocurrency for trade with Eurasian Economic Union member states.

According to Piña, such initiatives effectively respond to Washington’s “attacks” on the financial and economic field, and hit directly at one of the weakest points in the US economy — its heavy reliance on Washington-controlled banks and other financial and economic channels. It is due to this system that the US is able to support its “speculative economy,” the expert said.

The development of cryptocurrencies will eventually lead to the “dedollarization” of the world’s economy, Piña predicted. He also linked their rise with increasing American aggression on the international stage, and claimed US Secretary of State Rex Tillerson’s unfriendly remarks on Venezuela during his recent Latin America tour are a direct consequence of the launch of petro.

But the US administration might not stop at sanctions, the expert warned. “I can’t rule out the possibility that Washington, which has long strived to create a puppet government in Venezuela, can turn to a direct military aggression.”

The views and opinions expressed by the analyst do not necessarily reflect those of Sputnik.

Drug overdose deaths continue to rise in the US, especially in...

Warren Buffett’s Berkshire Says Lost $50 Bln in Q1 Due to...