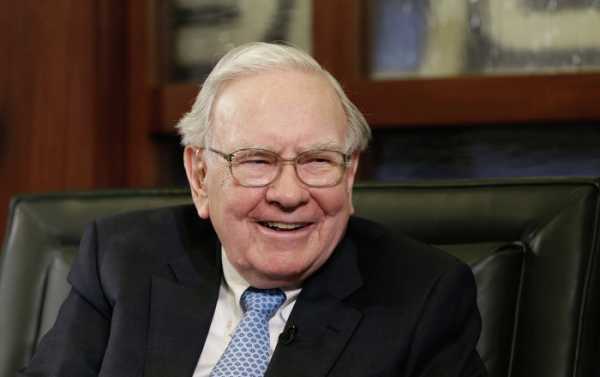 Berkshire Hathaway’s Warren Buffet, one of America’s most well-known investors, claims that despite the current tensions in their bilateral relations, the probability of a serious trade war between China and the United States is very low.

During his speech at Berkshire Hathaway’s annual shareholder meeting on May 5, Warren Buffet insisted that the United States and China will manage to resolve their differences without resorting to a destructive trade conflict.

“We’ve had that in the past a few times, I think we learned a general lesson on it. It’s just too big and too obvious, the benefits are huge and the world’s dependent on it in a major way for its progress that two intelligent countries will do something extremely foolish,” he said.

The business mogul argued that the US and China will retain their superpower status for many years to come, and that the two nations have too many common interests to engage each other in a serious confrontation.

“The United States and China are going to be the two superpowers of the world, economically and in other ways, for a long, long, long time. We have a lot of common interests and like any two big economic entities, there are times when there will be tensions. But it is a win-win situation when the world trades,” Buffett explained.

On that same day, however, the White House criticized China for what the former described as “Orwellian nonsense” after Beijing told US airlines to remove any references from their websites or other material that may suggest that Taiwan, Hong Kong and Macau are part of entities independent from China, The Guardian reports, citing US government and airline officials.

According to a statement delivered by White House press secretary Sarah Sanders, US President Donald Trump would “stand up for Americans resisting efforts by the Chinese Communist Party to impose Chinese political correctness on American companies and citizens.”

“This is Orwellian nonsense and part of a growing trend by the Chinese Communist Party to impose its political views on American citizens and private companies,” Sarah Sanders declared.

Earlier on May 3, a US delegation led by Treasury Secretary Steven Mnuchin kicked off the talks with the Chinese regarding ongoing trade disputes that emerged in the wake of US President Donald Trump’s recently-introduced tariffs targeting China, which were met with retaliatory moves from the Asian country and have sent stock markets across the globe still lower.

While Mnuchin claimed that the parties were having “very good conversations”, Chinese Foreign Ministry spokesperson Hua Chunying told media that it is “not realistic to resolve all issues through only one round of negotiations.”

The Senate bloc that could decide Kavanaugh’s Supreme Court confirmation