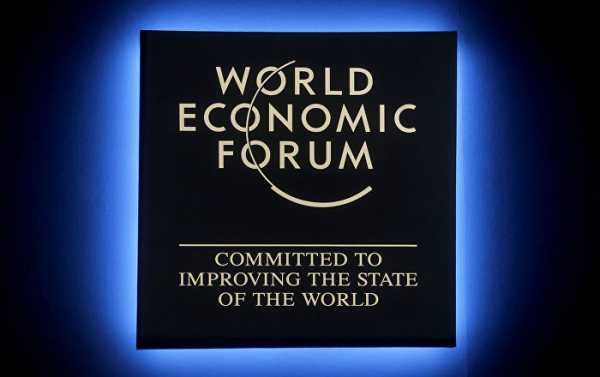 Demographic changes across the advanced economies are stirring concerns about the sustainability of retirement funds, which are facing an ever-increasing burden from pension liabilities, which often remain unchanged or lag behind levels of capitalization.

Kristian Rouz — In its recent report, the World Economic Forum (WEF) found that pension fund liabilities could increase to as much as $400 trln by 2050, threatening to capsize the entire global economy in the event of a recession or an investment meltdown, which would be structurally similar to the Great Recession.

This comes as the world’s wealthiest are ramping up investment in healthier lifestyles, and hope to achieve an average life expectancy of 100 years.

The Geneva-based institution found that ageing populations in the advanced economies, coupled with the reluctance of national governments to raise the retirement age, could result in a massive burden of liabilities for the world’s largest pension funds.

Most retirement funds operate as regular investment funds, raising capital from the pension contributions of the working population, and allocating this money into development projects, financial market operations, and other for-profit activities.

However, while most regular investment funds only have interest liabilities, pension funds have an additional expense in the form of monthly payments to their now-retired former contributors. This leaves pension funds exposed to financial sector and broader economic risks, and the rising burden of pension liabilities could make them increasingly vulnerable in the face of future economic crises.

WEF researchers found the nations with the largest pension funds — such as the US, Canada, the Netherlands, Japan, the UK, and Australia, as well and India and China — could see their overall pension liabilities rise from $70 trln in 2015 to $400 trln in just three-and-a-half-decades.

“The anticipated increase in longevity and resulting ageing populations is the financial equivalent of climate change,” the WEF’s Michael Drexler wrote.

This comes as the average life expectancy in the US, Eastern Europe, and China has increased to the late 70s, according to a separate report from the Organization for Economic Cooperation and Development (OECD). Meanwhile, the average life expectancy in Western Europe and Japan has reached the early 80s — while the retirement age is still at its 1960s level of about 60-65.

Yet another report, from Swiss investment bank UBS, found that some 53 percent of successful investors say they expect to live to be 100. This significantly raises the outlook on the overall upper-class life expectancy, and suggests the longevity gap between classes could bear more alarming consequences than income inequality.

91 percent of respondents to the UBS survey said they are “making financial changes due to increased life expectancy.” This, given the fact that the upper class is less reliant on pension funds, could also mean that a global financial meltdown could decimate pension payments to today’s working-age middle and lower-class demographic cohorts.

“We must address it now or accept that its adverse consequences will haunt future generations, putting an impossible strain on our children and grandchildren,” WEF’s Drexler said.

The WEF found the pension savings deficit is worsening as more workers are retiring, while less workers are entering the labour market. This is not least due to the low rates of overall labour participation, which remain at their early 1960s levels in the US, at about 64 percent.

In eight of the aforementioned countries, the retirement funds gap is widening by 5 percent every year, making up for some $28 bln of projected pension deficits every day.

While state-administered pension systems have proven their inadequacy in most of today’s inflation-driven economies due to their dismal pension payments, investment-based approaches to pensions are in jeopardy due to the lack of jobs available for the younger generations, and the ‘welfare state’ model is dominant across the majority of the advanced economies.

The WEF urged national governments to make adjustments to the national retirement age — meaning that given higher life expectancies, people must also be expected to work longer. Additionally, the institution called for the implementation of technology and automation, as robots could work certain jobs and generate wealth necessary to support ageing elderly humans.

Additionally the WEF urged financial education so that today’s workers could plan their retirement in their own interest, as opposed to the modern day retirement-planning services aimed at boosting the capitalisation of pension funds.

The WEF also called for clearer government communication, and transparency in pension data reporting, so that citizens know what challenges pertaining to retirement they are facing at each point in their career.

The Optimized Anti-Style of Allbirds Shoes |