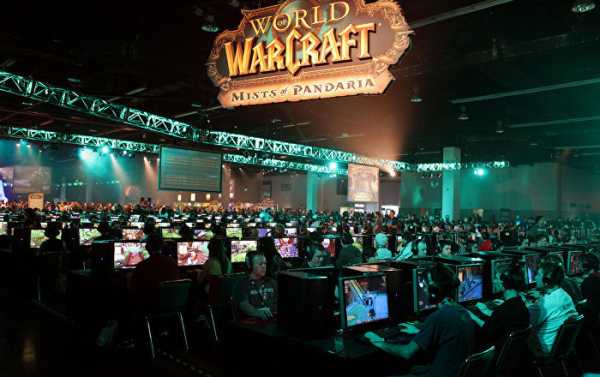 Massively multiplayer online role-playing games (MMORPG) aren’t for everybody, but there is no doubt that World of Warcraft (WoW) is a unique phenomenon in the gaming industry.

WoW is played by roughly a hundred million people worldwide, and is such a monolithic power that its in-game currency, WoW Gold, is universally compared to real life currencies, such as the US dollar and Venezuela’s bolivar.

If you factor in the official rate, World of Warcraft virtual gold is worth an estimated 6.8 times as much as the bolivar, Fortune reported. If once considers the black market ratios, the difference is even more overwhelming, with the bolivar being equal to 536,771,03 per US dollar, according to Dolar Today, which makes it roughly 62 times cheaper than one WoW gold token,  the formal in-game token that can be used to prolong play time or buy in-game items.

Tokens can be purchased with about $20 in real cash or with about 203,035 in in-game gold pieces, which means that one US dollar equals a little over 10,150 pieces of virtual gold.

These ratios haven’t escaped Twitter, and some users have shared their own staggering estimates:

The comparison was made for the first time back in June 2017, when Internet user @KalebPrime tweeted  that on Venezuela’s black market, which is currently the most widely-used informal spot for currency exchanges in the South American country, one could exchange 8,493.97 bolivars for one US dollar. Given the galloping inflation in Venezuela, which has only worsened over time, that number has skyrocketed over 65-fold.

Meanwhile, Venezuelan president Nicolas Maduro has shifted his attention away from the struggling bolivar and concentrated efforts on the promotion of the newly-launched national cryptocurrency Petro, backed by the country’s extensive oil reserves.

Early this month, it notably offered India a 30 percent discount on their crude oil purchases, provided they are made with the new digital coin operating through the distributed ledger-based scheme. Maduro is reportedly proposing the same business plan to other nations in a bit to pitch his crypto-brainchild.

Venezuela, which in 2011 famously surpassed Saudi Arabia in terms of oil reserves, launched the Petro cryptocurrency to sustain its crippled economy and severely depreciated bolivar after being hit by US sanctions. However, US President Donald Trump has adopted a hardline stance on the newly introduced Petro, prohibiting US citizens from using the money, which he says is a mere trick to get around the US sanctions.

On May 7, the US announced it is stepping up measures on individuals and companies connected to Maduro, who Trump’s administration blamed for a deep economic crunch in the country and hence hyperinflation, prompting a massive exodus of migrants to neighboring countries.

US Army to Scale Back, Eliminate 80 Programs to Fund Modernization...

When the Breath Fails |

Alexander Vindman is the latest impeachment inquiry witness to give damaging...