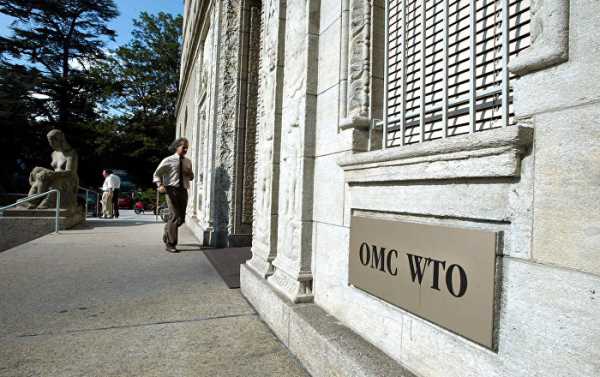 WASHINGTON (Sputnik) – A final ruling by the World Trade Organization (WTO) that the European Union illegally helped Airbus with $22 billion in subsidies authorizes the United States to impose retaliatory tariffs to recover losses suffered by US aircraft manufacturer Boeing, according to a press release by Boeing on Tuesday.

“This landmark ruling by the WTO Appellate Body is the final decision in this case, which was initiated in 2006,” the release said. “Today’s decision ends the dispute and clears the way for the United States Trade Representative (USTR) to seek remedies in the form of tariffs against European imports to the United States.”

The WTO ruled that Airbus had failed to mitigate the damage to Boeing from illegal subsidies used to develop the Airbus A380 and A350 jets, according to media reports.

Boeing said it anticipated that US tariffs up to the amount of harm from the subsidies could be scheduled as early as 2019.

The ruling comes at a time of heightened trade tensions between the United States and the European Union, with US President Donald Trump planning to impose tariffs in imports of steel and aluminum.

The WTO has yet to rule on a related case charging that tax breaks by the US state of Washington — where most Boeing manufacturing facilities are located — amounted to an illegal subsidy, the release said.

Mayo kick off Championship in style with win over New York

Iran Ready to Help with Withdrawal of US Forces if Damascus...