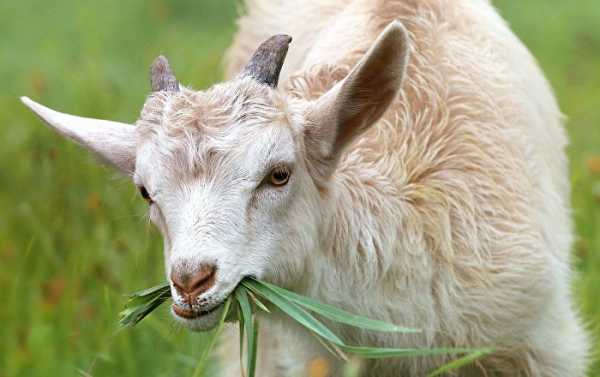 The US has become the main importer of chevon, or goat’s meat, from Australia, mainly thanks to heightened demand by US Muslims, Latinos and other fans, according to Australian export statistics.

Australia is the world’s number one goat meat exporter and most of its export product goes to the United States. In the last 10 years, Australia increased its meat export fourfold, and in 2017 alone the sales increased 38 percent, netting a record $218 million.

“There are more Muslims and Latinos in the US now and they are main consumers [of goat meat],” Julie Petty, a representative of Meat & Livestock Australia said to Bloomberg. She also pointed out that some American clients and chefs say Australian goat is the best quality in the world.

According to Bloomberg, goat meat has only come into high demand in the last few decades. The agency reports that the main consumers of goat meat are Muslims and Latinos as well as other ethnic and religious minorities; this is goat, unlike other meats, is rarely banned by religions.

“Goat meat has long been enjoyed in many cultures, including in populations around the Mediterranean, in part because of the varied diet of goats that gives their meat its unique flavor,” says Libby Travers, a Sydney-based food writer. “In North America, it’s able to tap the popularity of meat that’s completely grass-fed and ‘free range’ and meets many people’s ethical choices.”

Goats used to be shot as vermin Down Under, since they competed with Australia’s legendary — and preferred — sheep flocks. The 1970s saw the collapse of the goat wool industry and many goats were simply abandoned and left to wander the vast spaces of the southern continent.

However, steadily increasing demand has resulted in a major price surge, with goat meat now costing three times as much as it did in 2014. The higher prices, coupled with low maintenance, make it tempting for Australian farmers to add goats to their herds.

This psychologist’s “gaydar” research makes us uncomfortable. That’s the point.

11 US Billionaires Whose Wealth Increased Most During the Pandemic

Who would you select in a combined Wales/France Six Nations team?