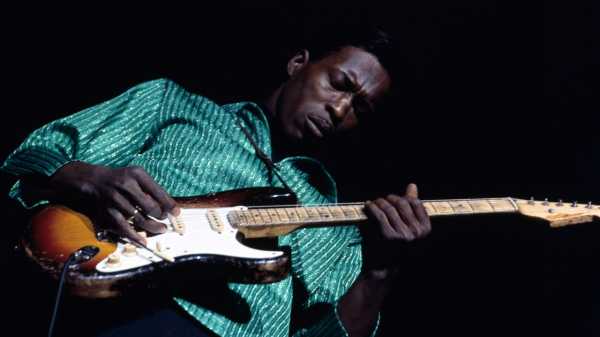 As a matter of obligation, not ego, Buddy Guy thinks of himself as the last bluesman—or, at least, the last master of the electrified Chicago blues. My Profile of Guy this week depends not only on conversations with him but with many books that constitute the vast blues library. Robert Gordon’s biography of Muddy Waters, “Can’t Be Satisfied,” and Robert Palmer’s “Deep Blues” are both excellent on Waters and his journey from Mississippi to the South Side. Carlo Rotella’s essay on Guy, “Too Many Notes” (included in his book “Good with Their Hands”), is especially insightful on the blues and the economic and cultural transformation of Chicago. B. B. King’s autobiography, “Blues All Around Me,” a co-production with the redoubtable David Ritz, is a moving story and overlaps with Guy’s. And works by Ralph Ellison, Albert Murray, LeRoi Jones (Amiri Baraka), Elijah Wald, Charles Keil, W. C. Handy, Samuel Charters, Angela Davis, and my colleagues Kevin Young and Jelani Cobb represent just the cream of the blues library.

What follows is an all too brief soundtrack of the long career of Buddy Guy. It begins with remarkable performances by some of his main influences and contemporaries—King and Waters, and also Guitar Slim, John Lee Hooker, Otis Rush, and Howlin’ Wolf.

It continues with a no less truncated survey of Guy’s career, including his collaboration with the harmonica player and singer Junior Wells; hits like “Stone Crazy” and “Damn Right, I’ve Got the Blues”; a rare and lovely acoustic moment; and two late-career songs, including a live collaboration with the Rolling Stones. At the end of the song, Keith Richards pays obeisance to Guy and gives him his guitar—a guitar that now hangs on the wall at Legends, Guy’s club in Chicago.

In order to illustrate the way white musicians paid tribute to, and amped up, the work of African-American masters, I’ve included Robert Johnson singing and playing acoustic guitar on his song “Crossroads,” in 1936, followed by Eric Clapton’s breakneck version, played through Marshall amplifiers the size of refrigerator-freezers. The soundtrack ends with a recent, elegiac song from Guy: “A Few Good Years.”

In the end, of course, the best thing to do is head to a streaming service like Spotify and listen through the years of Buddy Guy. The years together with Junior Wells—that might be the place to start.

Buddy Guy with the Rolling Stones, “Champagne and Reefer,” in New York.

Idea of Mentioning God in Russian Constitution to Be Discussed Within...