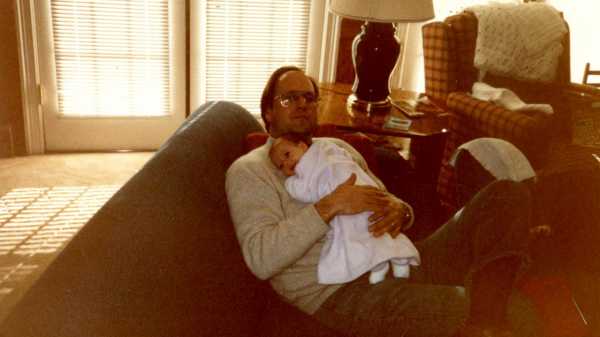 The day that Maggie Robinson Katz found out that her father had terminal cancer, she also found out that her family was broke. Her father, Terry Robinson, was a prosperous businessman. He was proud of his success, and of his ability to provide his family with etiquette classes and a country-club membership—trappings that Robinson Katz’s brother calls “classic, East Coast-Waspy kind of stuff.” So where had the money gone?

The answer to that question became clearer after their father died, when Robinson Katz began listening to dozens of tapes she found stored in the family’s garage. On them were hours and hours of conversations between her father and someone named Jim Stuckey, an older man with a West Virginia accent who seemed to be her father’s business partner. Over the years, she discovered, her father had sent Stuckey hundreds of thousands of dollars, for a fantastical scheme that involved unearthing a cache of gold bullion that was hidden in remote caves in the Philippines and guarded by tribesmen. Robinson Katz was mystified as to how her savvy father could have fallen for what seemed to be such an obvious scam.

In Part 1 of the New Yorker Radio Hour’s story, Robinson Katz talks with Maria Konnikova, the author of “The Confidence Game,” about how con jobs work, and how some of the traits that make someone so successful—like being entrepreneurial and open to risk—can also make them susceptible to getting conned. “It’s human,” Konnikova says. “It is really hard to dissuade people who want to believe.”

As Robinson Katz continued listening to the tapes, she had more and more questions about her father and his business dealings. But the recordings brought clarity, too. “I was learning more about him on these cassettes than anything he ever said to me in person,” she says.

In Part 2, Robinson Katz takes the investigation further. She heads to Manila, to meet Jim Stuckey and ask him, face to face, “Did you con my father?”

How a Busker Became an International Advocate for People with Albinism...