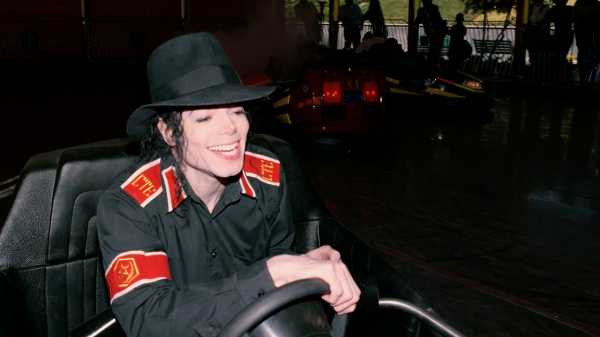 “Leaving Neverland,” a two-part, four-hour documentary about two survivors of alleged sexual abuse by Michael Jackson, premières on HBO this Sunday. It’s certain to be a bleak day of reckoning for serious fans of Jackson, who has been trailed, even in death, by accusations of unconscionable behavior. The film was directed by Dan Reed, a British documentarian (in 2014, he released a film about vigilante pedophile hunters), and hinges on extensive on-camera interviews with Wade Robson, who is now thirty-six, and James Safechuck, who is now forty. Both men allege that Jackson groomed and abused them when they were children.

The film immediately establishes just how exhilarating it was for the boys to be chosen by Jackson, who, in the nineteen-eighties, was the most widely idolized pop star on earth—to be offered not just his interest and affection but access to a rarefied, enchanted life style, absent of parents, school, or meddling by adults. “Leaving Neverland” does not offer any new evidence of abuse, but it is nonetheless a gruelling and devastating film that asks viewers to reconfigure how they think about both Jackson and potential victims of rape. Robson and Safechuck actively sought out and sustained contact with Jackson. They loved him. Each was heartbroken when he eventually turned his attention elsewhere, to other boys.

The film presents just one side of the story: what Robson and Safechuck recall about their experiences with Jackson, and, decades later, how both of these men have navigated the subsequent trauma. But what about Jackson’s side? What sympathy or voice, if any, is he owed now, in death? In his lifetime, Jackson furiously denied any sexual interest in children. It has been hard for Robson and Safechuck to bring their allegations to trial. They sued in 2013 and 2014, but their claims were dismissed for technical reasons. They have since appealed the ruling.

It is admittedly difficult, while watching “Leaving Neverland,” to hold in mind two contradictory but equally imperative ideas: that victims should be believed, and that the accused are innocent until proved guilty. The first is wildly crucial if we wish to protect the disenfranchised from egregious abuses of power. The second remains the crux of the American criminal-justice system. Can these two ideas coexist? Right now it feels as if they have to, which means that we are sometimes required to make personal choices about how we accept or dismiss the information made available to us. The first part of “Leaving Neverland” is explicit in the two men’s precise (and, it should be said, nearly identical) descriptions of abuse. Listening to Safechuck give a virtual tour of Jackson’s home—after describing each new room, he says, “We had sex there”—is especially nauseating for its casual use of “we,” as if a child could ever actively participate in his own abuse. I found all four hours of “Leaving Neverland” horrifying and unforgettable.

In recent months, pop critics have undergone a mass reëvaluation of the career of the R. & B. singer R. Kelly, who was first accused of sexual assault in the nineties but managed to accumulate breathless accolades for many more years afterward. It is hideous, but true, that allegations of this sort have historically been treated differently when the accused is a virtuosic and deeply beloved male performer: Miles Davis allegedly beat his wives; Jimmy Page allegedly had a relationship with a fourteen-year-old girl; the late rapper XXXTentacion allegedly battered his ex-girlfriend when she was pregnant; Chuck Berry was convicted of transporting a minor across state lines for “immoral purposes”; and on, and on, and on, until the entire history of Western music collapses in a haze of abuse and transgression, unable to survive any sort of moral dragnet. In Jackson’s case, for the public fully to accept these charges as true would mean reversing our hardwired reactions to pop songs as rhythmically transcendent as “Don’t Stop ’Til You Get Enough,” or “Smooth Criminal,” or “Wanna Be Startin’ Somethin’ ”—to willfully and painstakingly transform a long-held, almost instinctive response (joy, exhilaration, deep pleasure) into disgust.

I suspect that it’s finally time for that terrible arithmetic to begin. But the conundrum of how to receive and metabolize art generated by abusive men is made even more complicated when those conversations are happening posthumously, and when the men involved were not tried for their alleged transgressions. In 2003, after the airing of another documentary, Jackson was charged with molesting Gavin Arvizo—a thirteen-year-old cancer survivor—and other counts of child molestation and providing alcohol to minors. At the time, the Santa Barbara district attorney, Thomas W. Sneddon, Jr., had been investigating Jackson for more than a decade, starting in 1993, when Jackson was first accused of molesting a thirteen-year-old boy. (That witness and his family accepted a civil settlement, reportedly valued at more than twenty million dollars, which ended the criminal investigation.)

Sneddon sent forty police vehicles to Neverland Ranch, Jackson’s three-thousand-acre estate near Los Olivos, California. Officers searched the property but didn’t find evidence of any illegal activities. The subsequent investigation went on for two years. The actor Macaulay Culkin and Robson, who was by that time twenty-two and a successful choreographer, both testified on behalf of the defense, claiming that they had each shared a bed with Jackson but had never been molested. The comedians George Lopez and Chris Tucker also gave testimony in court, claiming they, too, had felt extorted by the Arvizo family after donating to Gavin’s cancer fund. Jackson was eventually found not guilty on all counts. Thomas A. Mesereau, Jr., Jackson’s lawyer, called the Arvizos “con artists, actors, and liars.” Of course, even if Jackson didn’t molest Arvizo, that doesn’t mean that he didn’t molest Robson and Safechuck. But it is the only trial verdict on this issue that we have. 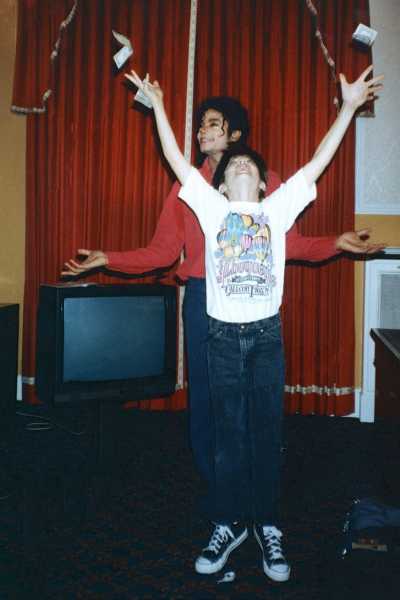 Although Reed knows better, perhaps, than to interrogate the behavior of alleged child victims, “Leaving Neverland” is a striking (if inadvertent) indictment of Robson’s and Safechuck’s family members, who accepted and enjoyed the many material perks of Jackson’s fame. They appeared strangely comfortable with the idea of Jackson sharing his bed with kids he barely knew and allowed Robson and Safechuck to spend days or weeks alone with Jackson at Neverland Ranch. I was made distinctly uncomfortable by many of the nonsexual disclosures of “Leaving Neverland”—the way Jackson charmed and isolated the children, how he plied their families with extravagant gifts, how he routinely brought young boys on tour as “travelling companions.”

Robson was called upon to testify on Jackson’s behalf twice—first in 1993, and again in 2005. Both times, he asserted under oath that Jackson had never molested him. The shame, confusion, and rage endured by survivors of childhood sexual abuse is often boundless, and, if Robson was molested, it’s obvious why he might bury or deny those memories. “I was excited by the idea of being able to defend him, being able to save him,” Robson says of his first testimony, when he was eleven. The second time, it’s clear that he felt enormous pressure from his mother, who told Robson that he might be the only person left who could save Jackson. They agreed that Jackson would never survive prison.

In “Leaving Neverland,” Robson says that he hadn’t yet come to understand his experience as abuse. “I didn’t feel like I was hurt by it, that it was anything bad that had happened to me,” he says. “I loved Michael, Michael loved me, this was something that happened between us—that’s it.” By the time of the second trial, Robson was an influential figure in pop-music circles, having helped to repopularize the pop-and-lock, a jerky but exacting style of hip-hop dance, which was then being embraced by boy bands and pop ingénues. Robson choreographed Britney Spears’s Super Bowl commercial for Pepsi, in 2001, and her video for “I’m a Slave 4 U”; he directed ’NSync’s “No Strings Attached” tour, which was then the second-highest-grossing tour in North America; he starred in his own MTV show, called “The Wade Robson Project.” (There was even conjecture that Robson contributed to the breakup of Spears and Justin Timberlake, who dated from 1999 to 2002; Timberlake may have written “Cry Me a River” about their affair, although he has never disclosed any details about the song’s exact meaning.) It wasn’t until 2012 that Robson—by then a husband and father, and suffering from severe depression and anxiety—publicly reversed his earlier statements. Safechuck also got married and had a child before coming forward with his accusations.

The Jackson estate has responded to “Leaving Neverland” with vitriol. Howard Weitzman, an attorney for the family, released a ten-page letter lambasting the film and its creators. “We know that this will go down as the most shameful episode in HBO’s history. We know that Michael’s devoted fans, and all good people in the world, will not swiftly forgive HBO for its conduct,” he wrote. Online, Jackson’s many fervent acolytes have been actively defending his legacy, attacking Reed, Robson, Safechuck, and anyone writing favorably about the film. Smoke does not mean fire, they insist, especially with someone who was as rich and famous as Jackson. For them, Jackson is the only actual victim.

Trial by popular opinion is excruciating, and Robson says that he only spoke out in order to empower other survivors to come forward. “I want to be able to speak the truth as loud as I had to speak the lie,” he says in the film. “Leaving Neverland” is a gruesome and fascinating document. Independent of how it might lead us to reassess our relationship with Jackson’s music, it feels important that these men are able to tell their stories, however many years later, in whatever way they choose.

WHO Head Warns Trump of More Body Bags if He Doesn’t...