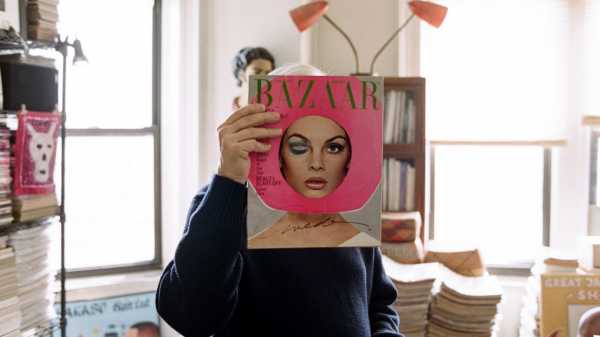 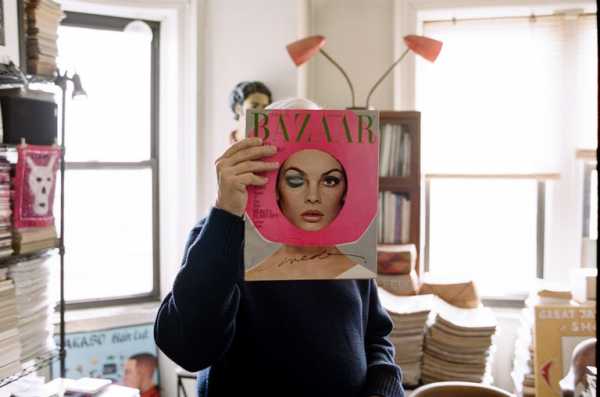 Vince Aletti holds up one of his favorite issues, the April, 1965, Harper’s Bazaar, featuring Jean Shrimpton in a hot-pink Day-Glo space helmet.

In 1976, the photography critic and curator Vince Aletti moved into an East Village apartment, in a Beaux Arts-style building on the corner of Second Avenue and Twelfth Street. He was thirty-one years old and a writer for the magazine Record World. The apartment—in the same building as his friend Robert Christgau, the Village Voice rock critic, and across the street from another friend, the photographer Peter Hujar—was a three-bedroom on the sixth floor, with natural light in every room. He talked the landlady down from three hundred and fifty dollars a month to three hundred and signed a two-year lease, which he has been re-signing biannually ever since. The building, which dates back to 1902, has since become a co-op, but a few tenants (Aletti among them) were allowed to stay on as rent-stabilized stalwarts; he told me that he would never be able to afford the place at full price. (A comparable unit in the building is currently on the market for more than $1.1 million.) It’s a good thing he doesn’t have to move, because it would be an ordeal. In the four-plus decades that Aletti has lived in the apartment, he has filled it to the brim with a vast collection of magazines and other “printed ephemera,” which have been an obsession of his since he worked as a counter clerk at the radical, underground, and now defunct bookstore Peace Eye, off Tompkins Square Park, in the late sixties.

Aletti’s apartment, which I visited on a recent afternoon, is in a state of what one might call controlled chaos. It is not a hoarder’s apartment, per se; there are no surprise dead animals lurking in corners, no fear that an ancient cup of yogurt might roll out from under a sofa. There is nary a dust bunny in sight. But it is the apartment of a person with a lot of issues, in the most literal sense. Aletti cohabits with thousands and thousands of magazines. (His guesstimate: “Ten thousand, easily. Could be double that.”) They are piled everywhere—in the front hallway, in the living room, in the dining room, in the bedrooms and closet, next to the shower. He collects all kinds—art magazines, smut magazines, interior-design magazines, rock magazines—with a special interest in fashion and gay publications, like a nineteen-thirties men’s magazine called Bachelor, which read like Vanity Fair but covertly covered gay subjects. 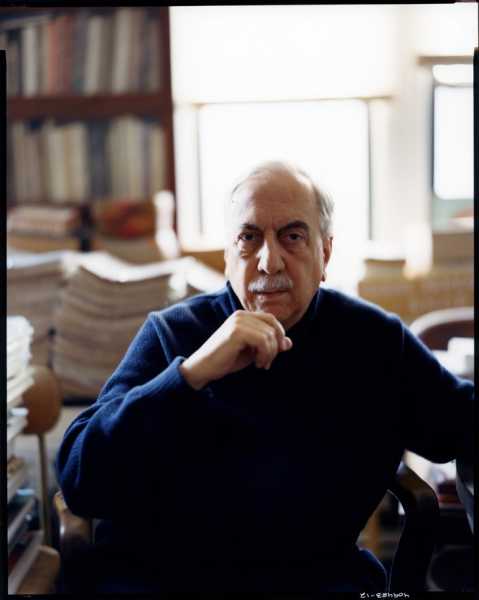 Aletti grew up in Florida, but always hoped to get to New York. “Everything I read, the writers I was interested in—Burroughs, Kerouac—it all came back to New York.”

Some of his archive is sorted by magazine or by theme. A giant cabinet in the foyer contains every back issue that he has been able to find of Vogue and Harper’s Bazaar; his dining room is mostly dedicated to his “physique material,” or small mid-century magazines dedicated to male bodybuilders, which he scoops up from eBay for less than a dollar each. (The room, where we sat eating sugar cookies that Aletti had purchased from a local Jewish bakery, has naked men everywhere, including in framed pictures, printed on ceramic plates, and in stacks of vintage snapshots.) But most of the magazines are in random order, strewn throughout the thousand-square-foot space. Sometimes when he is looking for a particular issue, he told me, it can take three days of going through the stacks to find it. 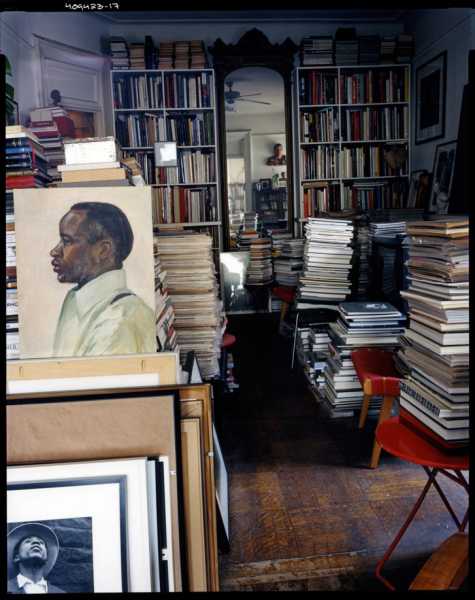 Aletti’s living room, where he has carved out space among the magazines to fit a mirror, a love seat, and a television. 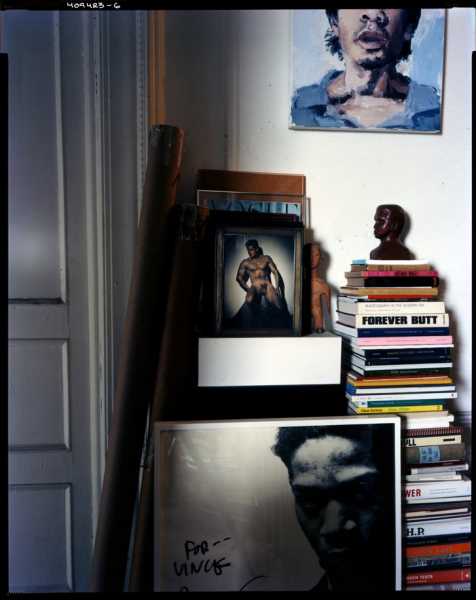 Several of the pieces in Aletti’s art collection are gifts; in his hallway, he keeps a signed portrait from Jean-Michel Basquiat.

Aletti’s collection is the basis for a new book called, fittingly, “Issues,” out from Phaidon, which focusses solely on his collection of fashion material. He first conceived of the book in 2009, while co-curating an exhibition at the International Center for Photography about the legendary fashion photographer Richard Avedon, who shot for Vogue, Bazaar, and Life from the nineteen-forties through the nineteen-eighties (and who became The New Yorker’s first staff photographer, in 1992, a role he held until his death, in 2004). Looking through Avedon’s archive, Aletti found that “a lot of potentially great images existed only in magazines,” having never been made into prints. Aletti then realized that, for a long while, fashion magazines were doing the work of galleries and museums, curating and displaying fine-art photography before photography was accepted as a legitimate art form, and before photo galleries and museums even existed. For artists like Avedon and Irving Penn, who shot for Bazaar and Vogue, “magazines were a way to get their work out into the world.” 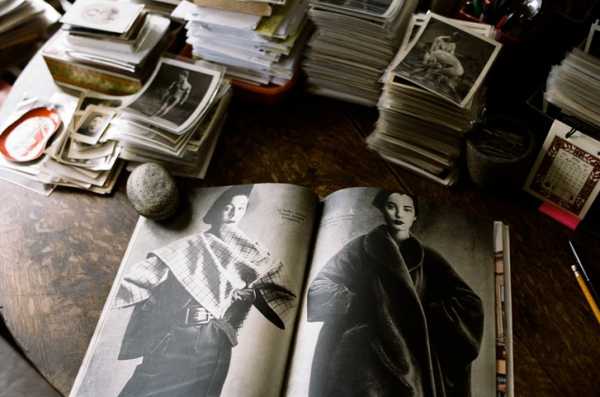 A spread from a 1950 issue of French Vogue, shot by Irving Penn. Aletti collects back issues of Vogue dating all the way back to its founding and keeps them in a separate file cabinet.

“Issues” is a compilation of covers and notable spreads from seminal issues in Aletti’s own archive, the volumes that he feels exist at the highest intersection of art and commerce. Many of the images were shot by Avedon or Penn; others highlight the work of revered photographers like Lee Miller, Guy Bourdin, Steven Meisel, and Norman Parkinson. Aletti showed me a physical copy of one featured magazine, his favorite issue of Harper’s Bazaar, from April, 1965, which features the model Jean Shrimpton on the cover, her head encircled in a hot-pink space-age helmet. On Aletti’s copy, one of Shrimpton’s eyes is a hologram, a “lenticular eye,” which he says is exceedingly rare. “In all the time I’ve been looking, I’ve found four copies.” Avedon shot the entire issue, including classic images of Paul McCartney, Bob Dylan, and a young Kareem Abdul-Jabbar (then Ferdinand Lewis Alcindor, Jr.) shooting hoops on the streets of New York City. 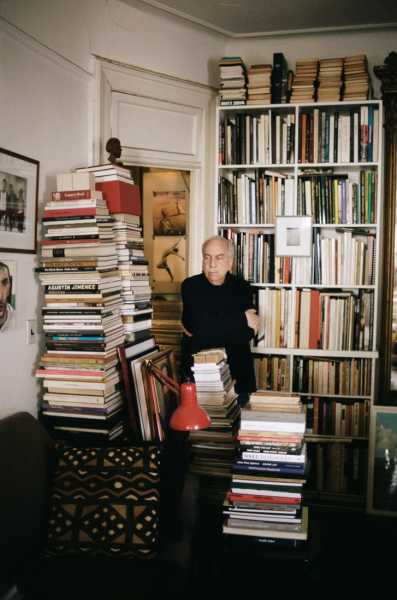 Aletti standing among his stacks. He estimates that he has more than ten thousand magazines, though it could “easily be double that.” 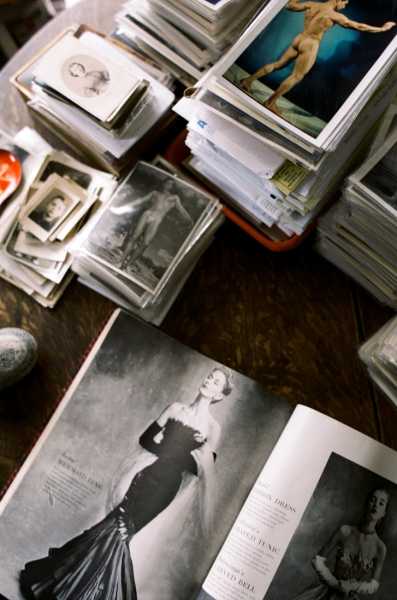 A spread from a 1950 issue of American Vogue.

Aletti, who is seventy-four, grew up in Fort Lauderdale, Florida, but he never felt at ease there. As a child, he escaped into art and culture, especially the faraway lives and places in the pages of glossy magazines, which he’d tear out and keep in his bedroom drawers. When he was fourteen, he bought his own subscription to House & Garden, and would pore over each issue for hours. In New York—where he moved in 1967, the year he graduated from Antioch College, in Ohio—he fed his addiction at two “backdate stores” near Port Authority, where he would make frequent pilgrimages to rummage around in their vintage magazine collections, despite the shops’ location on the “sleaziest blocks in the world.” He then moved to the ephemera market in a church basement in Chelsea, where he met a man named Mike Gallagher, who was just starting to deal in fashion magazines. Gallagher would go on to open Gallagher’s Paper Collectibles, one of the most influential fashion-archive shops in the world, which often lent its wares to major designers pondering their next collections. (It closed in 2008, but re-opened briefly, in 2012, in a partnership with the street-style brand VFiles.) 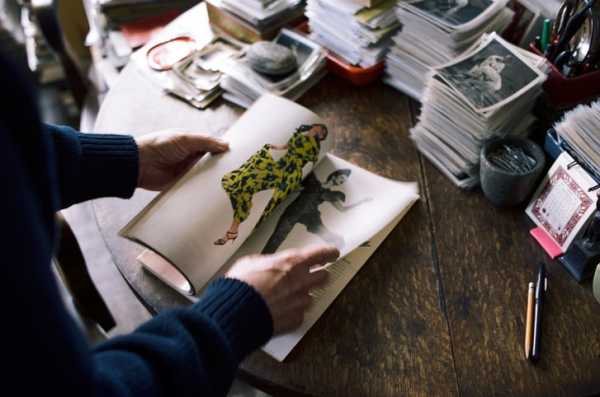 A spread from the April, 1965, issue of Harper’s Bazaar, for which Richard Avedon shot every image. Aletti featured several iconic Avedon spreads in his new book, “Issues.”

These days, Aletti sources most of his collection on eBay and other online venders. He estimates that he still acquires between ten and twenty new issues per month. When I asked him if he plans to bequeath his collection to a museum or a library, he said that he isn’t sure that one would even take them, or that he even cares. Living with the stacks of paper—wedging his body through the maze of whatever narrow spaces in his home are left—is, for him, the entire point. Every week, he migrates a new issue to the top of the stacks near a small gray love seat in the living room. He says that looking at it keeps the eye fresh. 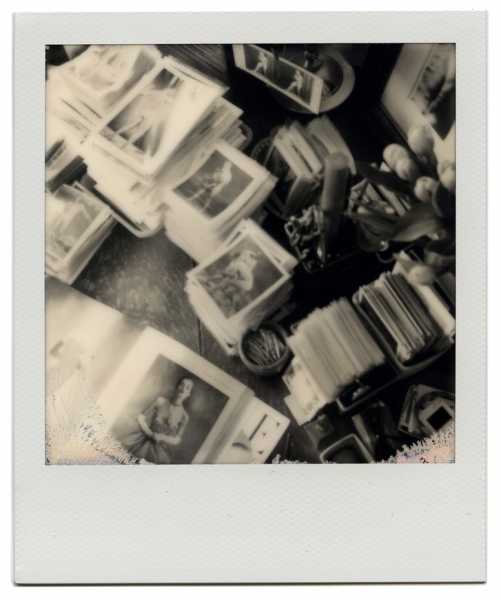 Stacks of “physique material,” or vintage snapshots of male bodybuilders. 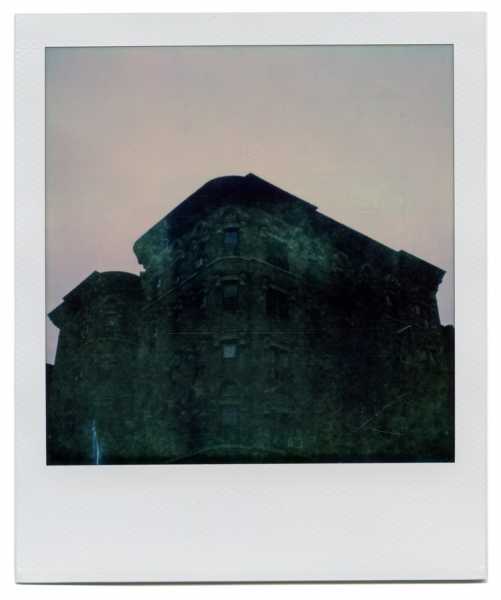 Aletti’s Beaux-Arts apartment building dates back to 1902. He started renting his apartment in 1976, for three hundred dollars a month.

A pro-Trump conference showed a fake video of Trump shooting the...

Cyprus to Lodge Protest With UN Over Turkish Plans to Reopen...