Home Culture A Plague of Suicide, A World of Alienation 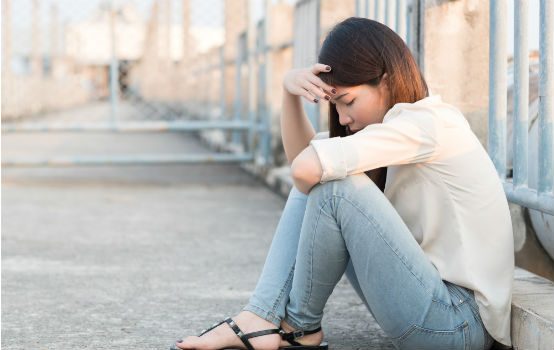 We are plagued by an epidemic of self-killings. The Centers for Disease Control and Prevention issued a report on June 7 noting the rise of suicide rates in all but one state between 1999 and 2016, with increases visible across age, gender, race, and ethnicity. In North Dakota, the rate jumped more than 57 percent.

This news was bookended between the suicides of fashion designer Kate Spade and celebrity chef Anthony Bourdain. This is the new, ever-more isolated America, resolutely proud in its autonomy and liberty, but simultaneously “insecure, powerless, afraid, and alone,” to quote Notre Dame professor Patrick Deneen. There is no silver bullet to stem the tide of suicides, though medical professionals consistently remind us that intimate interpersonal relationships and a clear life purpose reduce depression. A strong local identity, with a deep sense of rootedness, is one thing that fosters both.

For many, such a proposal is counterintuitive: traditional local identity is often eschewed by the progressive elite as insular, backward, and restraining. In a current popular hit, Alice Merton defiantly asserts, “I’ve got no roots.” Or consider the widely hailed 2017 film “Three Billboards Outside Ebbing, Missouri.” The movie recounts the tale of a small-town mother (Frances McDormand) who aggressively targets the local police force that’s failed to find the man who raped her and her daughter. The police officers are portrayed as sluggish, incompetent, racist, and bigoted—a not-so-subtle commentary on Ferguson, Missouri, and its 2014 race riots.

The film is not only an indictment of the supposed ineptitude of Missouri police, but small-town life and its values writ large. It derides the “everyone knows everyone else’s business” paradigm of gossip intrinsic to these communities, as the town’s inhabitants all know the chief of police, played by Woody Harrelson, has cancer. Another alleged weakness is the loyalty town residents feel towards each other—thus does the local dentist try to remove a tooth from the mother without anesthesia as payback for her public attacks on the police chief. Members of the community are generally depicted as lazy, stupid, and comically stubborn in their backwardness.

Suicide is also front-and-center in this story. After coughing up blood on McDormand’s character and being carted away on a stretcher, the police chief determines to make the most of his final days. He takes his family out into the countryside, helps his daughters go fishing, and then sneaks off with his wife to some secluded place for a little marital intimacy. Later that night, he walks into his barn, puts a bag over his head, and shoots himself. His letter to his unsuspecting wife, written tenderly and lovingly, explains that he wanted to spare her a slow, agonizing death. Though she may hate him, he hopes she’ll come to see that this was the best thing. Similar heartfelt epistles are given to other prominent characters. The movie’s point seems clear enough: taking your life can be a beautiful testament of love and self-sacrifice. With tropes like this, should we be surprised suicide’s pull is growing?

Contemporary progressive society embraces a utilitarian paradigm that prizes pleasure and the avoidance of pain, as well as a social media celebrity culture that lets us present ourselves with a glossy finish. We don’t want our worst moments to be remembered or even seen. We cringe at the thought of being old, weak, senile, or, perhaps worst of all, dependent. The final missive of Woody Harrelson’s character suggests that one ceases to be truly oneself when one is dying. How jejune and banal. A far more inspiring and ultimately human vision is to recognize that we are “fearfully and wonderfully made,” our bodies and blood brimming with beauty and purpose from “life’s first cry to final breath.” There is an sober profundity to human existence, even in its most weakened and suffering state.

What “Three Billboards” does get right is how our nation’s ills—the opioid epidemic, depressed and dying local economies, environmental degradation—have left many of her citizens feeling like strangers in their hometowns. Yet the filmmakers would have us believe that insular, tradition-based American community is a cause of much of this. How far we’ve come from Maybury. The truth is that the urban and suburban communities on which coastal elites experiment with their progressive agenda are not solutions to the evils of the small town or neighborhood. Indeed, as is the case of Washington, D.C., gentrification leaves many of the same old problems for a city’s poorer population.

The Washington Metropolitan Area, or WMA, a once sleepy constellation of southern communities transformed by the unprecedented expansion of the federal government, suffers much of the same atomization and loneliness projected upon Podunk, America. One such sign of this is manifested in the gentrification of the District of Columbia, where historic black communities have been priced away, while local political pressure is applied on their churches for resisting expanded bike lanes and playing noisy music on Sundays. Many blacks still take special pride in their hometown of D.C., though they are increasingly disconnected from it.

What of the implicit accusation that the lack of anonymity in insular neighborhoods and towns amounts to an undesired intrusion into one’s personal life? Though evading being talked about is attractive, such anonymity is soul-crushing in its fostering of loneliness, depression, and disconnection. Relationships of convenience, which are the default for many Americans, have only a veneer of authentic human experience. Alternatively, knowing people and families—and being known—over the course of years and even generations offers tremendous gifts. Being known gives us roots, a sense of place and purpose. It is embarrassing for others to know our trials and needs, but it can also be life-giving, as neighbors offer their time and energy to help. In such places, there is a deeper sense that we share a common identity tethered to tradition, a life and place worth preserving. It can even serve an important social function as a check on our sinful behaviors—nobody wants to get a reputation as a serial philanderer.

When we don’t know our neighbors, preferring to “bowl alone,” we lose our sense of self, and are more tempted by the darker angels of our nature whispering in our ears that our lives are meaningless and not worth the effort. We’re also less sympathetic to the plights of our neighbors, perhaps a reason why significant percentages of Americans don’t care whether their fellow citizens abort their babies in the womb or euthanize their elderly or disabled relations. As “Three Billboards” unintentionally makes clear, the more isolated we are, the more powerful becomes what Pope John Paul II called the “culture of death.”

Unsurprisingly, the film also attacks the role of small-town religious faith—one of the strongest tools man possesses to combat nihilism and suicidal tendencies—as representative of provincial backwardness. In an especially baffling scene, the mother confronts the local Catholic priest. She compares the priesthood to the Bloods and Crips of Los Angeles, whose members can be targeted via guilt by association by the LAPD. Every priest, the mother argues, is complicit in the Church’s child abuse crisis. The producers of this film must have failed their introductory logic course—by this reasoning, every public school teacher is culpable whenever one of them sleeps with a student; every businessman is culpable whenever one of them commits fraud.

At the end of G.K. Chesterton’s comic apocalyptic novel The Napoleon of Notting Hill, one of the main characters considers his native London neighborhood, which he has fought and shed blood to defend. He declares, “There has never been anything in the world absolutely like Notting Hill. There will never be anything quite like it to the crack of doom. I cannot believe anything but that God loved it as He must surely love anything that is itself and unreplaceable. But even for that I do not care. If God, with all His thunders, hated it, I loved it.”

This is the kind of zealous, almost irrational love for our home and local identity that gives our lives grounding and purpose. We take pride in our streets, our schools, our sanctuaries, every garden, grocer, and garbage can, because they are ours, a place and history we intimately share with others. In a strange irony, the deeper we invest in our communities, the more compassion and empathy we develop for all humanity, including those across the political aisle, a trend my fellow TAC writer Gracy Olmstead has observed in her own town. Fighting depression and suicide will require a multi-faceted effort uniting sociology, psychology, and spirituality. Yet alongside these we should not forget the value of local identity and mediating institutions. For the more we love our communities, the more we see ourselves as inseparably united with them.

Casey Chalk is a student at the Notre Dame Graduate School of Theology at Christendom College. He covers religion for TAC.

A Master’s Twist on Making Ice Cream in a Plastic Bag...

The Strange Decline of H.L. Mencken

Who is Yusaku Maezawa and why is Elon Musk sending him...