Home Culture A Rediscovered Archive from California in the Seventies | 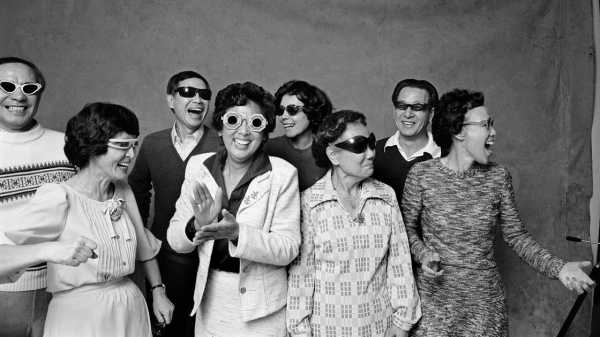 Sometime in 2002, the photographer Michael Jang went to the San Francisco Museum of Modern Art and dropped off some of his old pictures that he had recently rediscovered. At the time, the museum’s photography department had an open-submission policy; the curators would consider work that anyone brought in. Though Jang had worked locally as a successful professional photographer, he had all but forgotten about the work he had done in the seventies, when he was an art student who snuck into lavish parties, went to punk shows, and wandered the streets. The museum soon called him back, adding some of his work to its permanent collection and later exhibiting it as part of a show about California. Jang’s images were mischievous and quirky, full of visual jokes about how the rich and famous and the freaks and burnouts weren’t all that different from one another. In the years since, Jang has spent more time digging through his archives. The result is a stunning monograph, “Who Is Michael Jang?” (A related exhibition, “Michael Jang’s California” will be on exhibit at the McEvoy Foundation for the Arts, in San Francisco, from September 27th to January 18, 2020.) 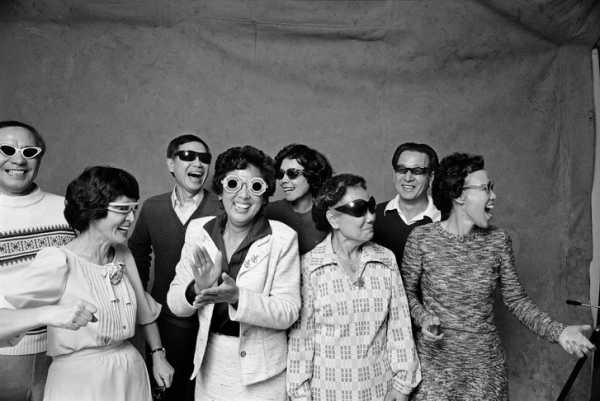 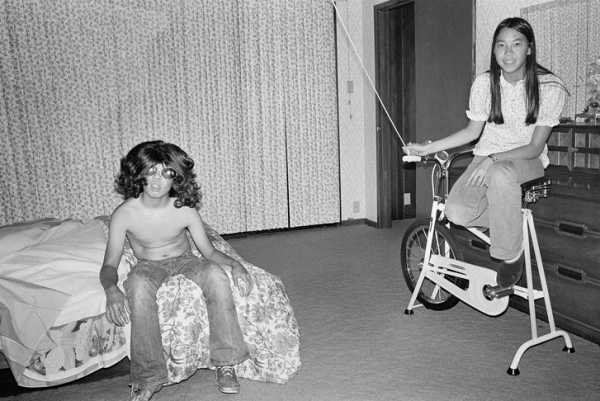 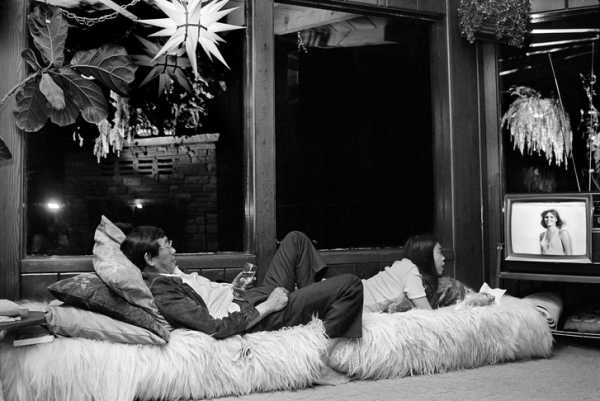 Jang was born in 1951 and grew up in Marysville, in what was once Northern California’s Gold Rush country. In the sixties, as a high-school student, he would travel around Northern California projecting psychedelic light shows. In 1971, he enrolled at CalArts, in Los Angeles, in order to study design. But a random photography course introduced him to the work of Lee Friedlander and Garry Winogrand, who were interested in capturing the textures of everyday life. 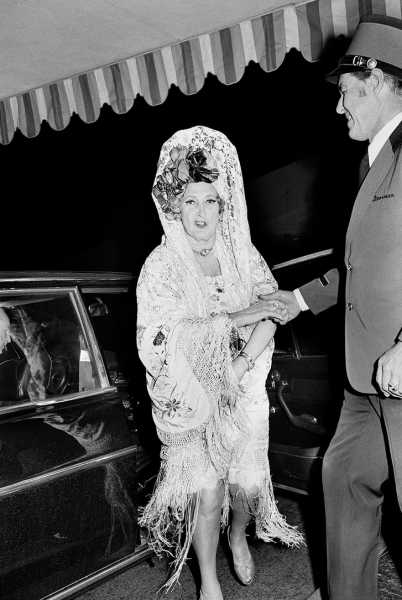 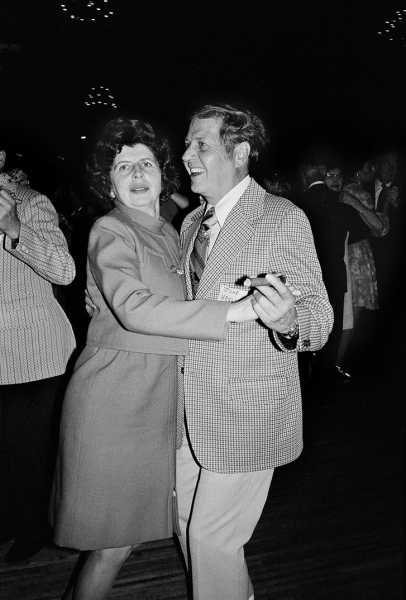 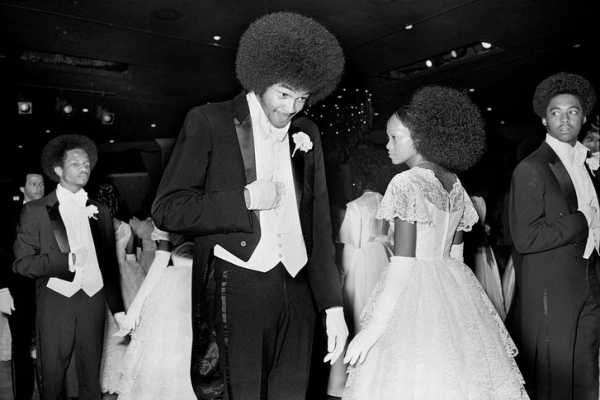 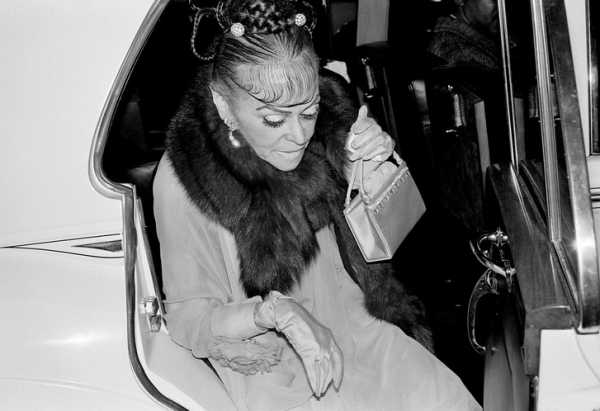 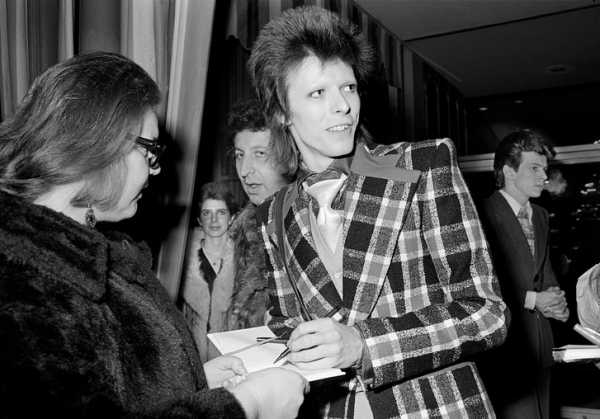 The serendipity of Jang’s SFMOMA rediscovery seems fitting, given his playful, offbeat approach to taking pictures. For a school project, he spent months hanging out at the Beverly Hilton, a hotel famous for opulent parties and a steady stream of celebrities. Jang wore a tuxedo, made fake press credentials, and sneaked into as many parties as he could. In the “Beverly Hilton” series, he crosses paths with David Bowie, Ronald Reagan, Frank Sinatra, and Jimmy Stewart. Carl Reiner mugs for the paparazzi, pretending to eat Bea Arthur’s face. But it’s the partygoers, garishly prim and meticulously put together, who are the stars. An older woman in a fur collar steps out of a Rolls Royce, her hair an intricate maze of wavy bangs and knotted braids. She is at once dainty and superhuman. Another woman wears an elaborate hat, her dress a cascade of frills and lace. She looks as though she stepped out of an Art Nouveau painting, save for her annoyed smirk. 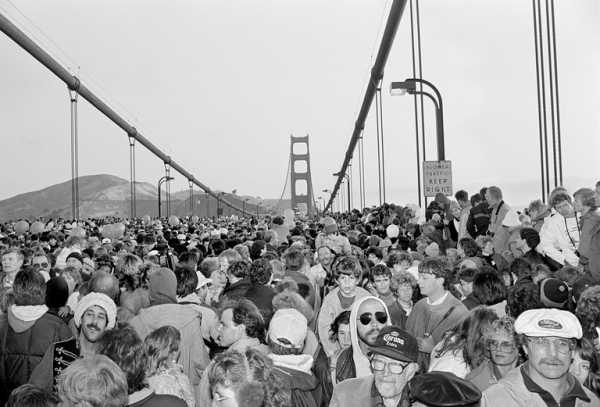 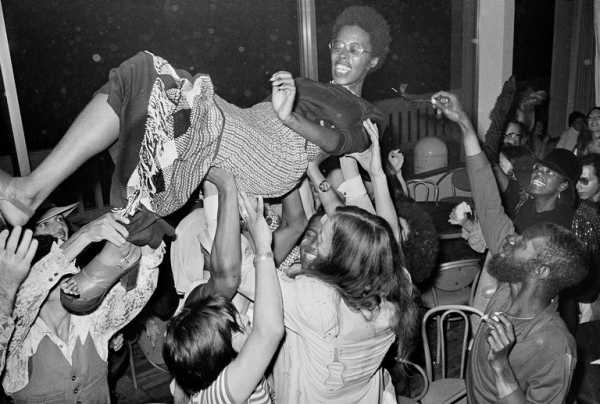 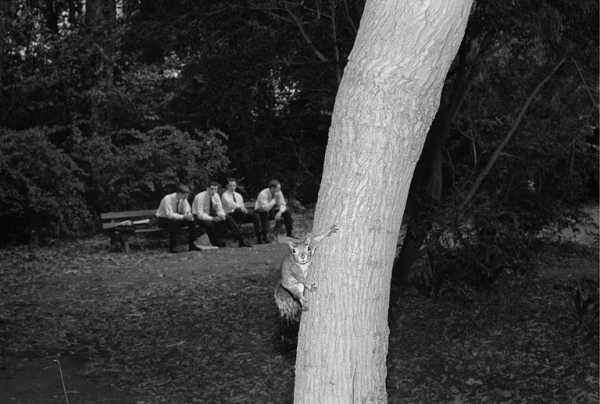 In the late seventies, Jang moved to San Francisco, where he would often wander the city, taking in its scenes and subcultures. His photos document a forgotten city, often capturing fleeting moments of emotional friction: two men implausibly nodding off amid the raucousness of Hooker’s Ball, a famed annual party organized for sex workers’ rights; Robin Williams, tranquilly lost in a friend’s hug, while others watch and snap pictures; a diligent photographer in the front row of a Ramones concert, trying to get a decent shot while everyone around her goes bananas. Jang’s photos revel in the unpredictable rhythms of public life, so long as you pay attention. At the funeral service for George Moscone, the San Francisco mayor who was assassinated, along with Harvey Milk, by a disgruntled political foe, Jang took in the eclecticism of the crowd that had come to pay respects. A man bulging in his striped suit stands alongside two little girls in tweed, their clashing patterns and generational gap subsumed by the scene’s melancholy. 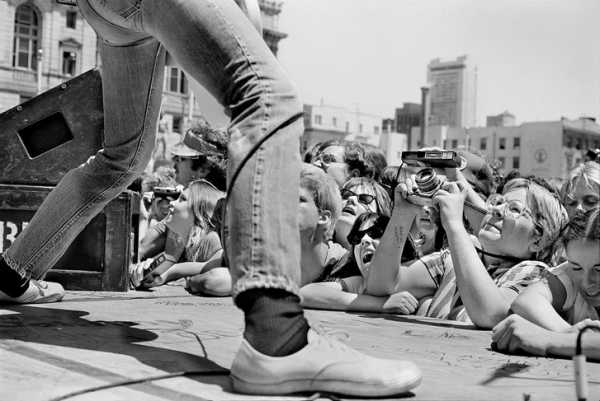 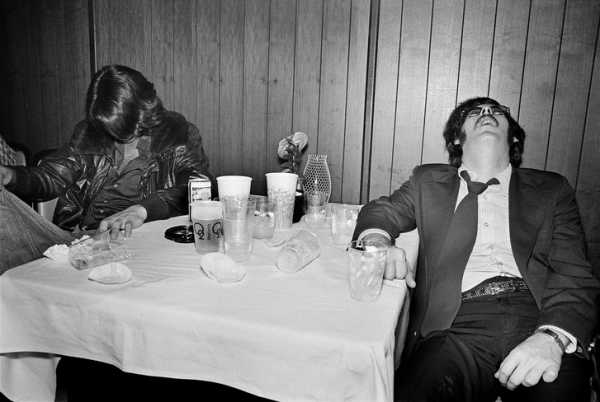 My favorite series from “Who is Michael Jang?” is titled “The Jangs.” It’s essentially a photo album of his Chinese-American family in the seventies—subject matter that I’ve never experienced in art. So many of Jang’s more famous photos of celebrities and their admirers resulted from spontaneity and luck. “The Jangs” features portraits of his relatives at home—showing off their cherished possessions, like a wall of Baltimore Colts posters, goofing around with skis and wigs, enjoying a cigarette after dinner. His uncle gaily demonstrates his golf swing. All the kids sit on the couch, hiding behind issues of Mad magazine and comic books. There’s effervescence in these pictures, a kind of casual hope. All his aunts and uncles are wearing sunglasses, laughing at a joke we will never know. They’re untroubled, practicing the poses of being an American family. 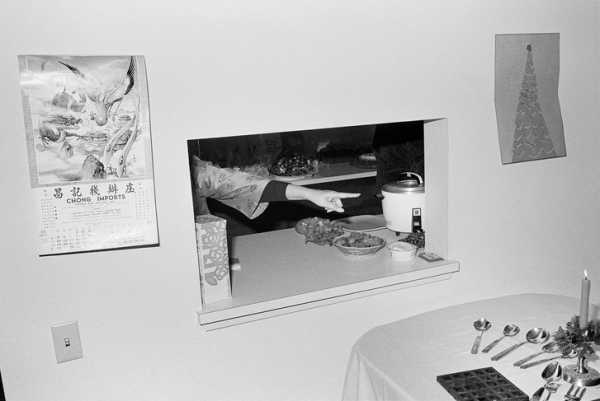 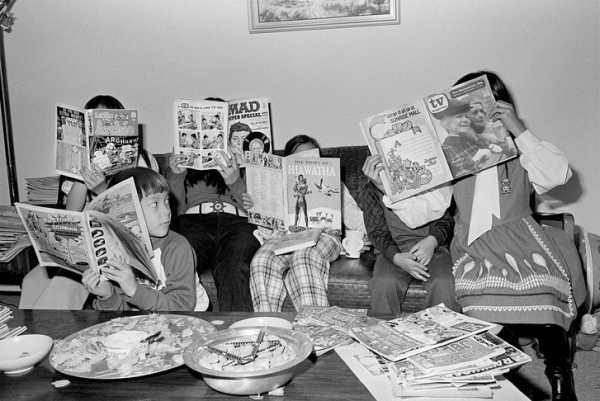 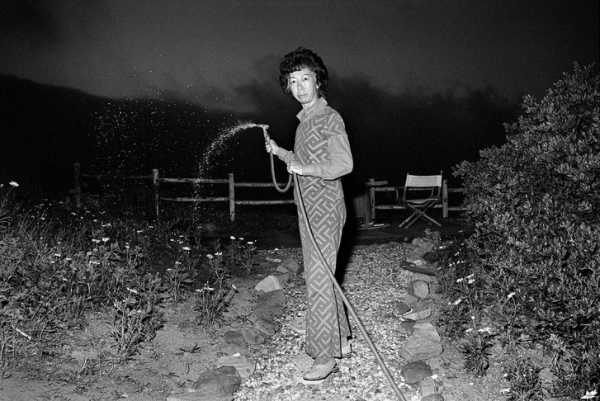