Home Culture A Septuagenarian Bank Robber Goes from The New Yorker to the Big... 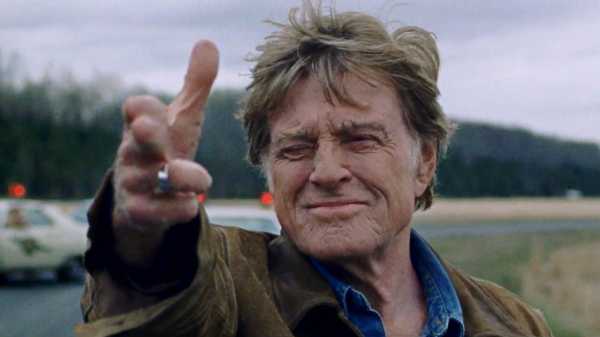 The first story that the New Yorker staff writer David Grann published in the magazine was about a man named Forrest Tucker, whom he’d first read about in a tabloid, in 1999. “I pitched it,” Grann wrote in a recent e-mail, “because I thought the details of Tucker’s escapades were so extraordinary, so compelling, that I couldn’t screw it up too much.”

Tucker was seventy-eight years old when Grann first read about him, and he’d just been arrested for robbing a bank. “That fact alone caught my attention,” Grann said. “And then I learned that he was a legendary stickup man and prison-escape artist who had even broken out of San Quentin in a kayak.” Tucker had embarked on his life of crime as a teen-ager. He was fifteen the first time he broke out of jail, something he would go on to do almost twenty times. He styled himself after the Depression-era outlaws who filled the dime novels he grew up reading. He dressed impeccably; he became a master of the holdup and the escape; he would sometimes thank the bank tellers after taking all the money in their drawers at gunpoint. It took Grann two years of writing letters to Tucker in prison to secure an interview, and, when he finally agreed, Grann said, “I soon suspected that his real motive was to use my visit as a means to case the prison, for a possible escape.”

A movie based on Grann’s article about Tucker, “The Old Man and the Gun,” directed by David Lowery and starring Robert Redford, is set to be released in September. (You can watch the trailer above.) The story of Tucker the gentleman robber seems made for the movies—down to the fact that the real-life Tucker had ice-blue eyes, much like Redford’s. But, behind the romance, Tucker was a complicated figure. Toward the end of his life, the reality of having disappointed his wife (played in the film by Sissy Spacek) was, he told Grann, “what hurts the most.” For all the glamour of his swashbuckling escapades, “as he confronted the prospect of dying in jail, alone,” Grann said, “he had his own regrets.”