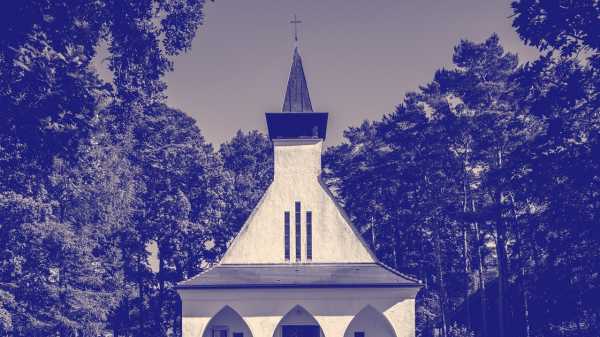 How are you defining conservative Protestants?

I went back and forth on whether or not to call this group evangelicals, and I decided not to. For all intents and purposes, we’re talking primarily about evangelical Christians. My decision to avoid the term evangelical is because I don’t necessarily have the political connotations in mind that people think about when they think of white evangelicals, especially since 2016. The people who I’m really talking about are theologically conservative Protestants. People who take the Bible very seriously and take the Christian sexual ethic very seriously.

What was your biggest takeaway from the surveys you studied and your own interviews?

Pornography is becoming more widespread, more prevalent. More people are viewing it than ever, and it’s becoming more mainstream than ever. And so there’s this big debate about whether or not pornography has consequences in people’s lives: whether it can be addicting and whether it can affect us in negative ways; make you chronically impotent or make you a sex monster. What I found is that, whatever we think pornography is doing, those effects tend to be amplified when we’re talking about conservative Protestants. It seems to be uniquely harmful to conservative Protestants’ mental health, their sense of self, their own identities—certainly their intimate relationships—in ways that don’t tend to be as harmful for people who don’t have that kind of moral problem with it.

The effects of pornography aren’t just about watching images on a computer screen but what that activity means to your community. It’s what that activity means to you. And so, with conservative Protestants, you have this fascinating paradox of a group of people who hate pornography morally. They want to eradicate it from the world. And yet, statistically, they will view it slightly less often than your average American. And so you have this paradoxical situation of a group of people who collectively hate it, and yet, as individuals, they semi-regularly watch it. Especially the men. What are the consequences of that kind of incongruence in their lives?

And yet they watch it just a little bit less than everybody else does, which means that they are experiencing this kind of moral incongruence quite often, and it has consequences for their mental health. They have a greater likelihood of experiencing depression and depressive symptoms, like feeling bad about yourself, feeling like there’s a sadness that you can’t shake. This also has to do with the experience of feeling like you need to hide or lie about it.

That’s not a good metaphor.

Yeah, sorry. But for women, if they are lusting over things visually—if they are looking at things like pornography and masturbating to them or getting turned on—they really feel like an extreme pervert. They experience what I would call a double shame. They are violating their own sexuality in a way that God doesn’t want. So they’re sinning, but they’re also sinning like a man. And so they feel trapped. They feel like there’s nobody they can talk to, because nobody else understands that experience. They don’t have pastors they can talk to, because most of the pastors are men, and they wouldn’t feel comfortable sharing those kinds of experiences. And so a lot of the Christian women feel like you have to deal with that temptation alone.

What are some of the larger cultural consequences?

Let me give you one more example of the individual consequences. One of the things that repeatedly came up is that pornography tends to be associated with poor relationship quality.

In terms of the cultural consequences, an entire subculture has built up around preventing young men and women from accessing pornography. There are a large portion of what we would consider men’s Bible studies or men’s groups, where they get together and they talk in gender-specific terms about the things that they deal with as men. A lot of that is dedicated toward, “Hey, did you look at pornography this week?” Or, “Did you masturbate this week?” There is, in fact, a cottage industry of software companies selling and marketing what we would call accountability software to conservative Christians. If the software detects that you searched for something shady online, it will send an e-mail to your “accountability partners,” and you’re basically tagging your friends, who will get an e-mail that says, “Hey, Sam or Isaac looked at whatever pornographic Web site.” So they could circle back with you and ask you about it. And that is something that people are paying money to put on their computers, to try to prevent themselves from viewing pornography. I call it the Purity Industrial Complex, of books and small groups and materials, and even software companies, who are basically rising to the challenge of trying to prevent Christians from looking at pornography.

I think it’s a fascinating subculture. As a sociologist of religion, that really has been my group. Also, because they’re a large enough group, when I look at survey data, I can show how they’re different from everybody else.

How are they different from other conservative religious people?

Conservative Protestants are very concerned with where your heart is in your behavior. For them, lustful or sexual sin has more to do with what you’re thinking about while you’re doing it, rather than what your physical body is doing. Conservative Protestants have a very weak theology of the body. They tend to view the body as less important than other religious traditions. For example, in Catholicism, and Mormonism, and Judaism, and Islam, what you’re doing with your body matters. There are ideas of cleanliness in washing, and bodily comportment, and position, in ways that evangelical Christians just don’t really care about. They tend to be far more focussed on where your heart is—and that’s the word they use—what you’re thinking about, where your spirit is putting its allegiance.

Is there something that the survey data told you that the interviews didn’t, and vice versa?

With the survey data, I was able to see how consistent this was across the general population, which to me was confirmation that the things I was picking up in my interview data were not just my anecdotal experiences—or even my own biased looking for certain answers. The survey data completely supports the very same things that my interviews did, in terms of the shame, and isolation, and guilt, and mental-health consequences or relational consequences that these people face as individuals.

I think the thing that the interviews allowed me to see that the survey data could not was the individuals. Take the marriages, for example. You’ve got these marriages that are blowing up because of pornography. With the survey data, I’m able to see the severity of consequences over the general population, but I’m not able to hear the stories. So what was so powerful to me was when Christian women would describe what it was like to discover their husband was looking at pornography: the anger that they felt, the betrayal that they described, and how they were processing it, how they called it adultery, and how they said it was betrayal. Or the husbands would describe getting caught and talk about how their wives didn’t talk to them for two weeks and threatened divorce. One of them came home to bags packed on the front porch.

But I will say this: the statistic that I gave you about conservative Protestant women being twice as likely to divorce their husbands as non-conservative Protestant women—the reverse is not true. The data that I have shows that men almost never divorce their wives because they’re looking at pornography. It’s just not something that they draw a hard line about, or get offended by, the way women do.

You make very clear that this is not a pro- or anti-porn book. But has your opinion of pornography changed at all since you started this research?

I think what has been driven home to me by my book is that, whether people find it immoral or they don’t, whether their spouses think it’s fine or they think it’s betrayal, people need to talk about it. I’m not trying to say conservative Christians should just get with the program, and not be such prudes, and become O.K. with pornography, because for them that’s a complete non-starter. And yet the way they’re handling a lot of it can be maladaptive in that there’s a lot of isolation, and a lot of hiding, and a lot of shame. My counsel to anybody who is thinking through this is that you should talk about it.

They should be open with their partners and spouses about “Hey, here’s something that I’m kind of attracted to; what do you think about this? Can we talk about why you don’t like that, in a way that’s healthy and constructive?” Rather than ultimatums, and blowing up, and drawing hard lines, that kind of thing.

This may be too Catholic, but George Orwell once wrote a review of Graham Greene’s novel “The Heart of the Matter,” and stated, of the main character, “If he really felt that adultery is a mortal sin, he would stop committing it. If he persisted in it, his sense of sin would weaken.”

I think that’s definitely possible as people become more normalized to it. Just look at “Game of Thrones,” for example. I think, twenty years ago, that would probably get categorized as pornography. But I think what struck me in that quote, that I’m fascinated by, is the connection to how the Christians that I interviewed responded to repeatedly looking at pornography. And I showed this with statistical data as well. After looking at pornography for a long enough time, they started to back away from their faith a little bit. They were less likely to pray, less likely to attend church, less likely to feel like God is playing an important part in their lives.

And I think that is how we respond to cognitive dissonance. The classic theory is that, if we find ourselves engaging in behavior that we believe violates our values, we can do one of two things: we can stop the behavior or change our values. And oftentimes, when conservative Christians keep on struggling with this temptation in their lives, it’s just easier for them to say, “You know what? Maybe I don’t believe this so much. Maybe I could just keep doing this and not think the religious part of it is so important.” And so I would notice that the repeated violation of that sacred value led to them changing their beliefs a little bit to accommodate it.

The 6 most interesting parts of Trump’s mostly disappointing drug price...

Fans Jump to Tommy Robinson’s Defence as He Almost Breaks Into...