Home Culture A Year in Marking the Time with Music | 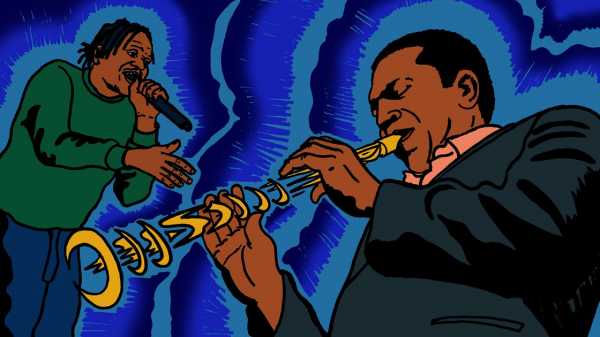 There was a moment this spring when “Daytona,” the latest album by the Virginia rapper Pusha T, began to make me feel anxious. Not because of the music itself, which is everything I’ve come to expect and admire from the forty-one-year-old: kingpin fantasies, the slightest touch of remorse, a style built on punchy economy and an almost flamboyant cleverness. Rather, I felt unease because the album was so short. It kept ending before I’d made much progress at whatever I was doing while listening to it, such as driving somewhere more than twenty-one minutes away. Music is a salve and a gift, but it’s also a way of measuring time. “Daytona” brimmed with colorful stories about paranoia, pleasure, and empire, and it featured amusingly petty jabs at Pusha T’s rival, Drake. But it ended so quickly that I felt like I was living alongside it in fast-forward.

The same was true of another of the year’s best albums, Tierra Whack’s “Whack World,” which was even shorter. It consists of fifteen one-minute-long songs packed with swirly hooks, effortless melodies, withering punch lines. Then there was Earl Sweatshirt’s terrific “Some Rap Songs.” Its rowdy digressions and introspective weight made it seem longer than it was: just twenty-five minutes. One of my favorite songs this year was “Name,” by the New York rapper Caleb Giles. It has a casual, stuttering vibe, with the producer, Slauson Malone, tossing samples and seemingly too many drum parts across the landscape. But Giles and the singer Cleo Reed find the beat, and their voices occasionally intertwine in these moments of lilting perfection. It’s a comparatively luxurious two minutes and fifty seconds.

There’s always been a technological dimension to how long pop songs are. The advent of radio resulted in an ideal of about three minutes, because that’s how much music fit on a 78-r.p.m. record, and, later, on a 45. Disco music normalized the idea of a ten- or twelve-minute jam spread over a twelve-inch vinyl single. The double LP arrived at a time when rock bands were experimenting with frenzied, virtuosic journeys—or maybe the latter begat the former. There is a generation of people who think that full albums should fit on one side of a ninety-minute cassette. The age of the double CD, or the superfluous “bonus disc,” was an attempt to make consumers feel like they got their money’s worth.

But there has never been an incentive to record very short songs, even when an artist thinks that’s all the room that’s necessary. Perhaps it no longer matters how long your songs are, because the business seems mostly interested in tabulating streams. Or perhaps the idea of value is no longer as obvious as it once was, when singles had discrete price points, and albums had to meet an amorphous, thrills-per-minute threshold to justify ten or thirteen dollars. Nowadays, a very long album—and there were plenty of them this year, including Drake’s “Scorpion” (1:29:44), Migos’s “Culture II” (1:06:18), Rae Sremmurd’s triple-album bundle of “SR3MM,” “Swaecation,” and “Jxmtro” (1:01:30)—feels like both an all-things-to-all-people showcase and a filibuster, a seamless ooze that makes you forget about the possibility that other music exists.

At the end of the year, Spotify cheerfully tells its users how much time they spent listening to music on its platform—a question about my life that I’d never wondered until it was technologically possible to know the answer. My anxiety while listening to “Daytona” was really an anxiety about what I need songs for. For many of us, the older we get, the less we feel like our time is ours; there are professional or family demands nearly every minute of the day. “Daytona” was an escape hatch, but one that closed too quickly.

In 2018, I found myself particularly drawn to artists whose music allowed me to lose track of time, or fall into some accidental void, such as the New York jazz-art ensemble Standing on the Corner, the British pianist and sound collagist Duval Timothy, the Brooklyn cellist Clarice Jensen, and the Indiana-based electronic-music producer Jlin. I spend many hours a week on the train to work, and this year I became obsessed with listening to John Coltrane’s version of “My Favorite Things” while on my commute. He first recorded it in 1960, and it remained in his repertoire until his death, in 1967—a period when Coltrane was in thrall to visions of musical transcendence. I’m only faintly aware of Richard Rodgers and Oscar Hammerstein’s original composition, having never seen “The Sound of Music.” But Coltrane’s version, which I had heard hundreds of times before, gripped me in an unexpected way this year.

Coltrane’s most famous take came out on a 1961 album of the same name. It’s thirteen minutes—graceful, serene, sweeping, trancelike. A song is a temporary shelter, and, naturally, I wanted to stay inside a little longer. On “Selflessness,” one of Coltrane’s many posthumous albums, there’s a seventeen-minute version of the song that he recorded in 1963. By 1966, the original tune only emerged in glimpses: the version included on “Live at the Village Vanguard Again!” careens into space, taking the melody, once so neat and symmetrical, on howling, unexpected flights. That same year, while touring Japan, Coltrane stretched out in an ecstatic, hour-long version of the song. He also performed it at his penultimate show. “The Olatunji Concert,” recorded in April, 1967, three months before his death, features a thirty-four-minute version that finds freedom in its blaring chaos. The fluid majesty of his initial 1961 recording gives way to scribbles, screeches, a wailing across the sky.

There are no words when Coltrane plays the song, because there don’t have to be. I still don’t know the original lyrics—I believe one line is about roses? Coltrane’s playing respects the perfection of Rodgers and Hammerstein’s composition, but he’s searching for something else. Perhaps his favorite things are not what they had in mind.

I walk underground and find a seat on the train and queue up “My Favorite Things.” If I time it just right, we shoot out of the tunnel, into daylight, just as Coltrane peaks. He seems to be playing everything but the notes of the melody, but he’s not showing off. He’s calling and responding at once, trying to find a center. Or maybe he’s chasing his own shadow somewhere into another plane. His playing makes the horn sound so small; you become conscious of its basic physicality, the fact that he’s conjuring so much life out of a piece of a brass. And yet I feel like I’m caught in swells, in breaths of air. The train rises a bit higher, from under the street to above it, until you can see into the empty lots fenced off from the sidewalk, full of gently swaying weeds. Higher, until you see into fifth-story apartments, and, beyond them, to the mirror movements of two people walking their dogs a block away from each other. The city seems to become comprehensible in its entirety, and it feels possible to float away, if not for long.

Team of the week: Premiership and PRO14 victors take the spoils