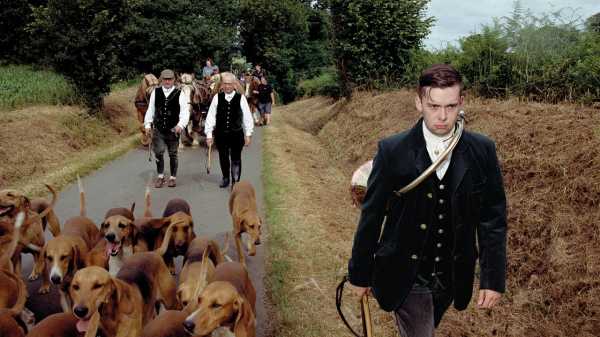 The London-born photographer Mark Neville is best known as a documenter of discrete communities, whose circumstances and concerns he records with an activist energy. In 2004, in Port Glasgow, he completed a series of photographs that was distributed, in book form, only to inhabitants of the troubled mercantile and shipbuilding town. Seven years later he was engaged by the British Army as an official war artist in Helmand province, Afghanistan. He returned with P.T.S.D., and subsequently published “Battle Against Stigma,” a campaigning, two-volume work on behalf of veterans afflicted with the disorder. Though he has no children of his own, Neville is an especially subtle photographer of them; his 2016 book, “Child’s Play,” brings together many such pictures, to protest the disappearance of public play areas in Britain and elsewhere. 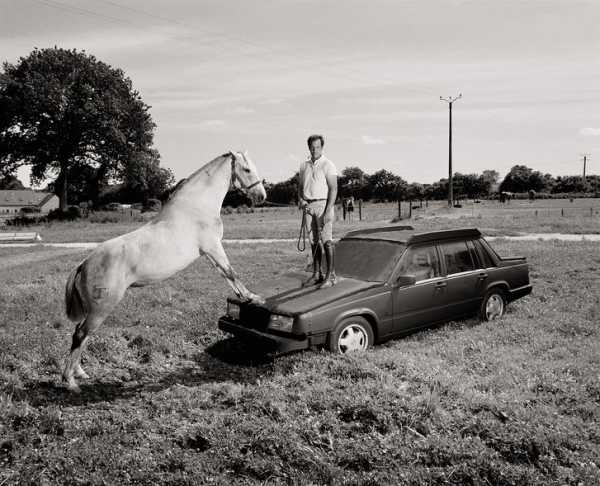 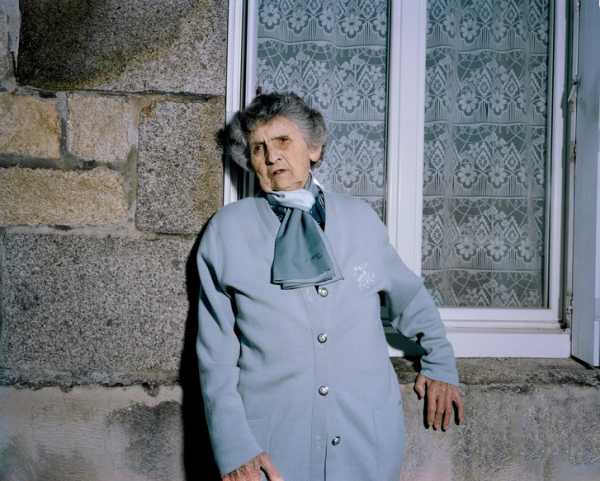 Neville studied fine art in school, and was educated in Conceptualism and institutional critique before being drawn to documentary practice. But for him art alone is never the point, even if his images are notably artful. He is indebted to socially engaged photographers such as Tom Wood and Chris Killip, and was sharing an exhibition with both of them in the town of Guingamp, in Brittany, when he conceived of his most recent project. They were there at the time of the Brexit vote, in June of 2016, and Neville found himself apologizing to his Breton hosts, ashamed of his own Britishness, though Brittany (France’s “Little Britain”) is home to an estimated thirteen thousand British citizens. Beginning that month, and finishing in April of this year, Neville documented life in the region, mostly in or around Guingamp, hoping to show the complexity and openness of what may seem to be a tribal, inward-looking place. In color and black-and-white, in large and medium format, with varying degrees of planning and artifice, the pictures—collected in a new book, “Parade”—show an agricultural community that is thoroughly modern and industrialized, devoted to its traditional sporting and cultural pursuits, but sharply aware that neither agribusiness nor rural nostalgia will provide a viable, or ethical, future. 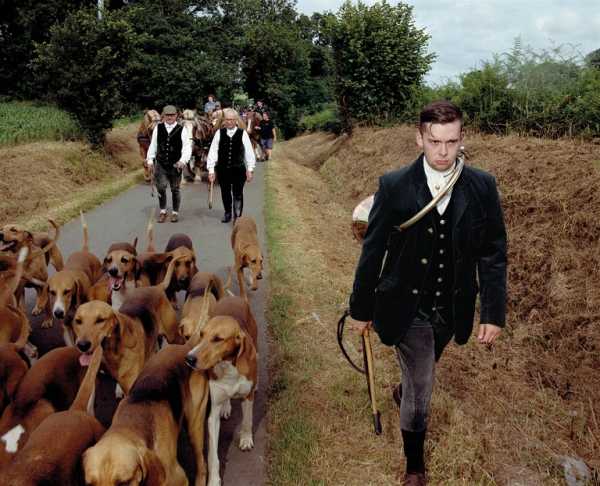 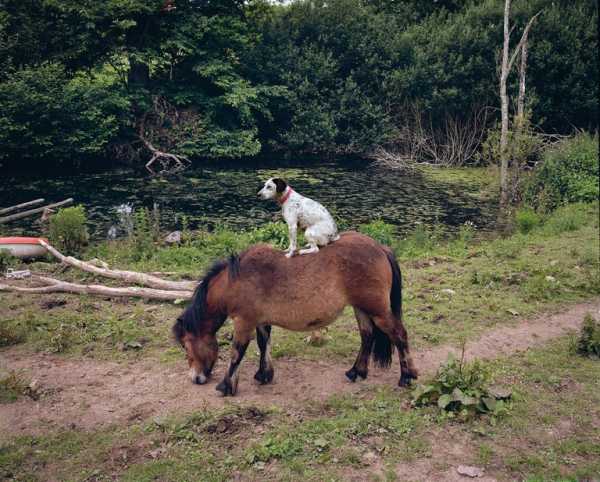 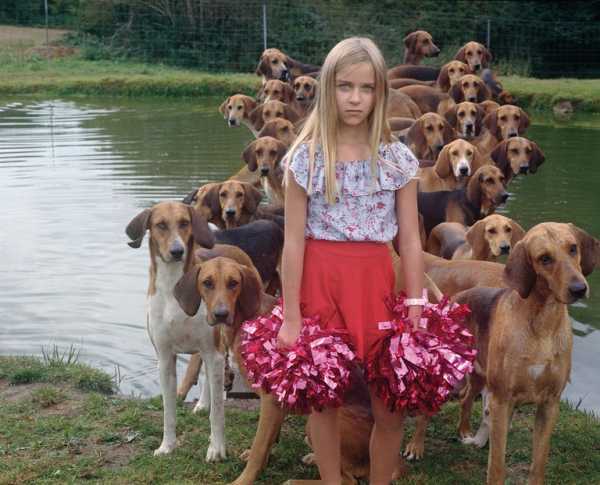 Some of Neville’s best photographs show humans and animals, whose relationships are more complex than may first appear. A hunting party advancing, with a pack of hounds, along a country road is merely reënacting a locally defunct tradition. A woman with her animals—in one image, a dog is sitting calmly on the back of a small pony—used to work in an abattoir until, abruptly, she could not stand it and left to found an animal sanctuary. There is a man who teaches tricks to horses rescued from abuse and neglect: he has trained one of them, mysteriously, to perch his foot on top of an old Volvo. A young farmer, photographed with two of his mud-wallowing pigs, says they recognize his voice, which he takes to be the best indicator he knows of a respectful interaction with beasts destined for the table. 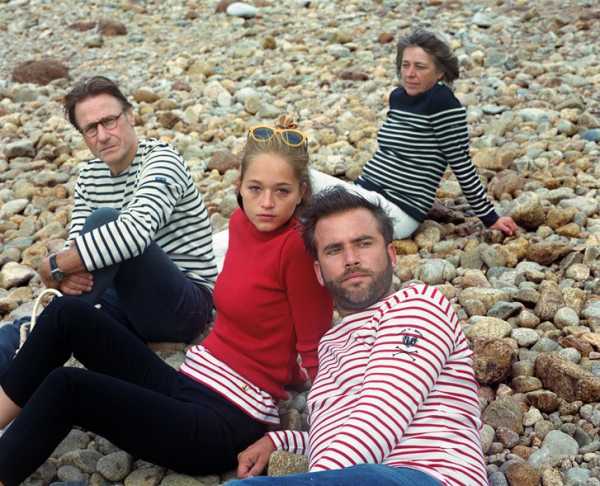 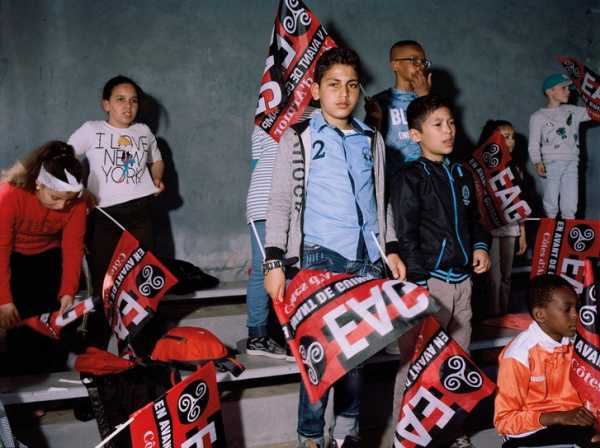 Neville frequently deliberates at length with his subjects, or comes back to them time and again, to arrive at the correct, almost allegorical, image. It took three sessions to photograph a young girl in her baton-twirling outfit, surrounded by twenty-four hunting dogs, all of them looking in the photographer’s direction. The tedium has begun to tell on the girl’s face. Elsewhere, children and adolescents look at once entirely at home and like a breed apart, a community within the community. At an agricultural fair three teen-age girls, flash-lit against the dusk, two of them wearing “Agriculteurs de Bretagne” caps, bemusedly regard a straw-filled pen—the animal inside is out of shot. Four lanky girls who come jostling along the street, clutching drinks and phones and ice creams, look like they might be from any provincial town in Europe, or even America: they’ve already imagined themselves elsewhere. 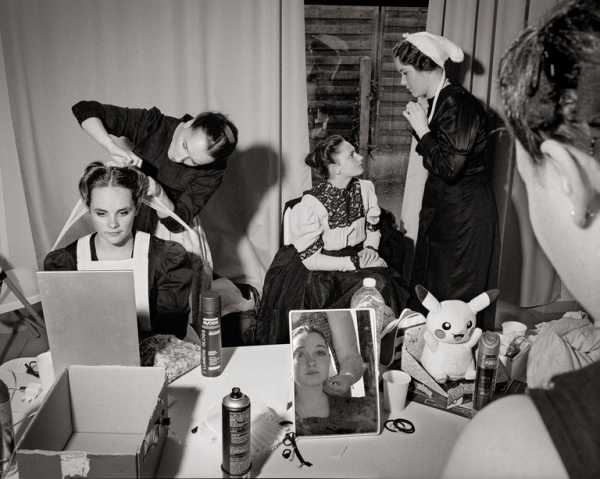 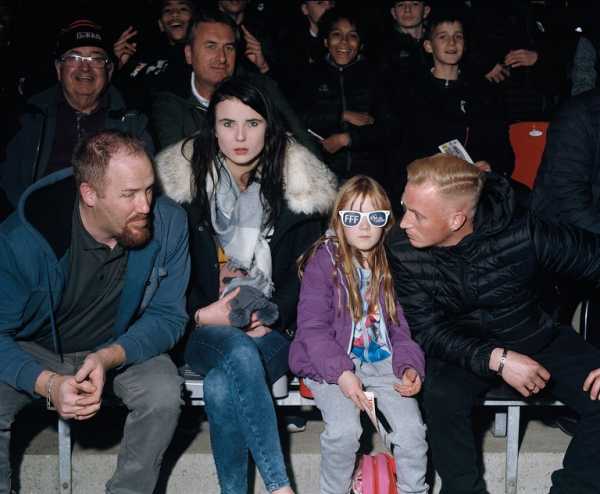 This last image is among the most spontaneous-seeming in “Parade.” But we can never be quite sure, because Neville has a habit of adjusting his subjects until the desired effect is achieved, as in the case of the pink sweater he asked another pig farmer to wear, so that she would complement the piglet sitting beside her on a dusty purple car hood. Neville is often in search of aesthetically pleasing limitations of palette—at the furthest extreme, a gray-haired women dressed in gray, in front of her gray house, looking cheerful. But sometimes he skews his customary style of perfectionist documentary with an eccentric detail. In one image from “Parade,” a factory worker looks straight into the camera, oblivious to a slightly blurred, airborne potato in the foreground. 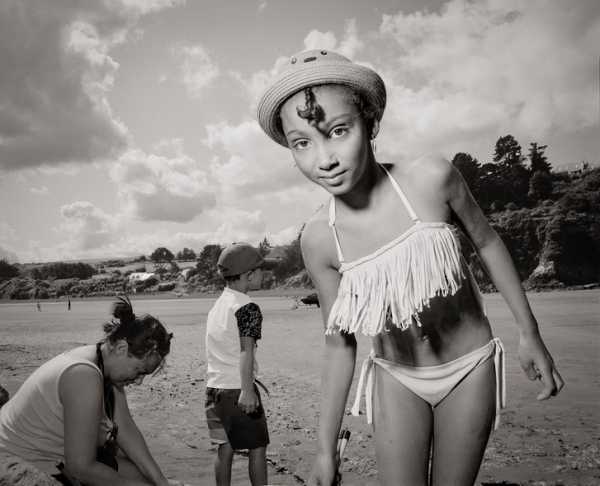 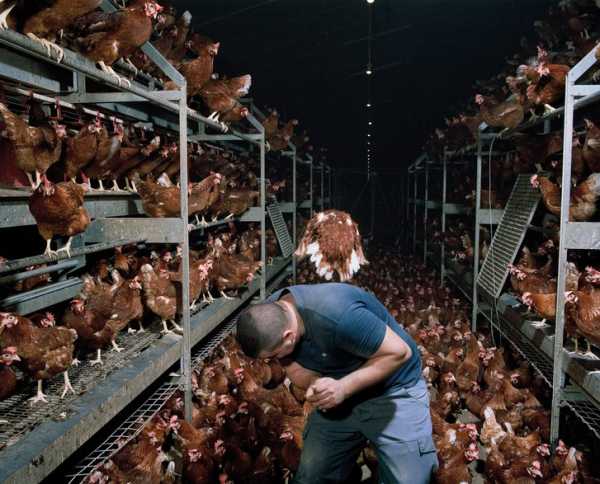 As with most of his long-term projects, Neville wants “Parade” to make a contribution beyond the precincts of art photography—to find audiences outside the gallery, and effects in the world. He first exhibited the photographs as large prints at the local soccer stadium. (En Avant de Guingamp is the beloved local team; Neville is fascinated by its fans’ devotion, though he has no interest in the sport.) He is already planning a second edition of the book, this time including essays by Guingamp farmers about the need for a sustainable, humane, even “ecotopian” type of agriculture. In Neville they have found an ally who is also an exacting, sympathetic chronicler of their customs, ambitions, entertainments, and everyday dreams. 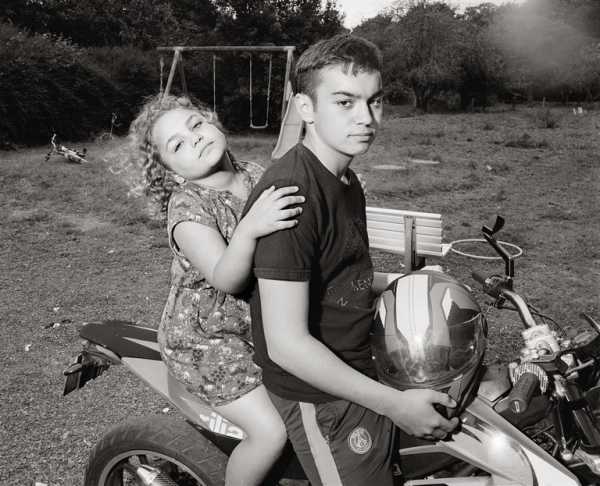 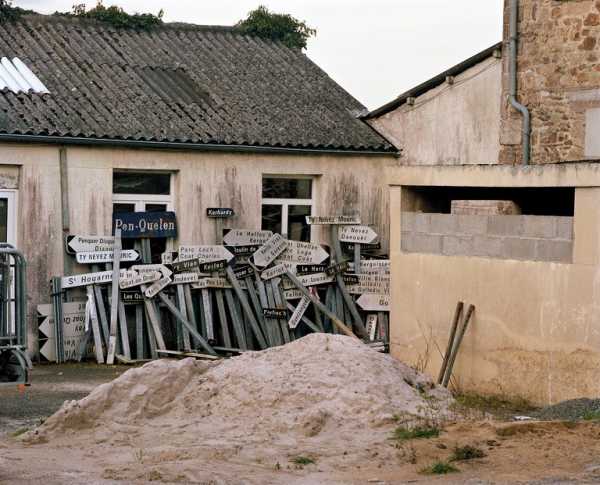 Battle to save Africa’s elephants is gaining some ground

‘Should Have Done It Some Time Ago’: Pompeo Defends IG Firing...