Home Culture “American Soul,” Reviewed: “Soul Train” and the Making of a Mogul | 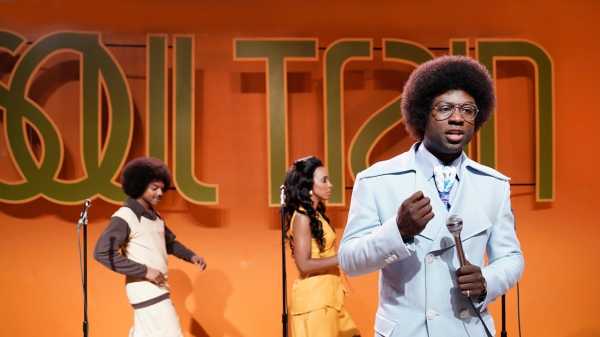 Saturday television in the nineteen-eighties was an hour-by-hour journey toward maturation. You would start at 8 A.M., a mere child watching “Super Friends.” When you were old enough to still be watching TV around noon, the pleasures of “Wide World of Sports,” or else some schlocky tween comedy, beckoned. Later in life, and in the day, budded “American Bandstand,” with its apple-cheeked rendition of dance-floor liberation, and its frequent companion on the syndicated schedule, “Soul Train,” a black-music show existing at a sweet spot of pop culture and folk tradition—the vernacular funk of the dancers articulating the essence of the hits. It showed you how to move in step with the moment. In a 2013 book titled “Soul Train: The Music, Dance, and Style of a Generation,” Questlove hails the show, which aired from 1971 to 2006, as “not only a transformative cultural moment” but “a sibling, a parent, a babysitter, a friend, a textbook, a newscast, a business school, and a church”—“the master of teaching you lessons that you didn’t know you were being taught.”

“American Soul” (BET) hustles to earn its title. (That it happens to début opposite the State of the Union address of an avatar of American soullessness is a small serendipity of counter-programming.) It renders Don Cornelius (Sinqua Walls), the creator and host of “the hippest trip in America,” as an archetypal entrepreneur, and pushes the existential overtones of his striving to the front of the mix. The series opens with an epigraph from Nietzsche—“Without music, life would be a mistake”—and soon finds Cornelius buttering up his talent with monumental slabs of creamy fat. He says, to Gladys Knight (Kelly Rowland), “Every day we play Russian roulette with our souls and most of us will lose—lose our fortune, lose our families, our dignity, our sanity, all of it. . . . We all know it, and none of us can stop. Until we die.” This man is putting on a show in the Mickey Rooney manner, getting ahead in business in ways prescribed by both Dale Carnegie and “The 48 Laws of Power,” and preaching solidarity like Booker T. Washington. Pasting his progress together requires some corny touches—scouting for a space to convert into a television studio, Cornelius looks at the rats gamboling around a derelict building and envisages James Brown doing a split on his stage.

Cornelius was a Korean War veteran and Chicago policeman who entered show business as a radio host with an invigorating baritone. “American Soul” picks up in 1971, as Cornelius is working to expand his local dance show into a nationally syndicated program taped in L.A. The agonies of the secondary characters—the aspiring dancers and anguished assistants and shady scenesters—range from social melodrama to crime melodrama, from buppie-career-angst melodrama to escape-from-South Central melodrama. There’s also a smattering of tender lovers, doomed soldiers, good kids in bad spots, tough-loving big mommas, and shady show-biz folk.

I would be able to recommend “American Soul” more vigorously if it had the courage to bloom as a full-on book musical, as opposed to a drama that interrupts Honey Cone’s “Want Ads” to resume its standard making-of-a-mogul narrative. Its take on the business world sometimes seems drawn from a dim memory of second-rate mob fictions, as when Cornelius resolves a conflict with a syndicator by delivering prostitutes to the man’s hotel suite. But the hair and the costumes—the orbital Afros and lavish lapels—are reliably dreamy, and the social drama is occasionally nightmarish. (Stopped by the L.A.P.D. after rolling through a stop sign, Cornelius hands the officer an I.D. indicating that he is a veteran of Chicago Police Department, which only deepens the disdain of the cop, who settles a coin on his thumb, not unlike Anton Chigurh. “Heads, I run your black ass in for trying to bribe an officer. Tails, you sing for me,” he says, under the yellow sunlight, on a road surreally barren of traffic, as if pointing a pistol and commanding a dance.) The true fascination of “American Soul,” however, lies with the institution of the youth-oriented dance show, which is a fine mental space to inhabit—one of the healthier strains of nostalgia for bygone spots of pop community.

US Senator Seeks to Crush Venezuela’s Petro Cryptocurrency Amid Sanctions