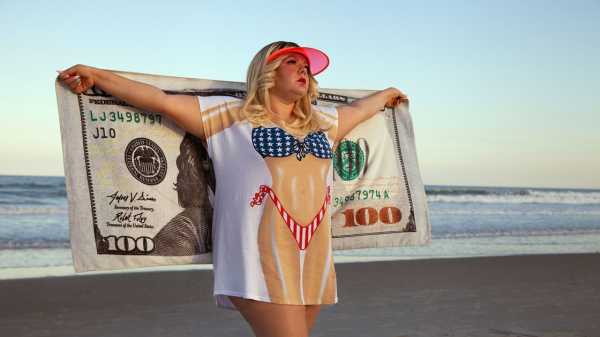 “Counterfeit Currency,” a show of self-portrait photography, installation, and collage by Genevieve Gaignard, at the FLAG Art Foundation, in Chelsea, opens with a large photo of the artist on a Florida beach at dusk. As in each of her pictures, Gaignard portrays a character of her own invention, here with long, blond hair and jet-black roots, outfitted in regional strip-mall kitsch. She is stretching a towel behind her, printed to resemble a huge hundred-dollar bill; concealing her torso is a trompe-l’oeil T-shirt showing a cartoon, bikini-clad body, whose peach-beige skin tone closely resembles that of her own. 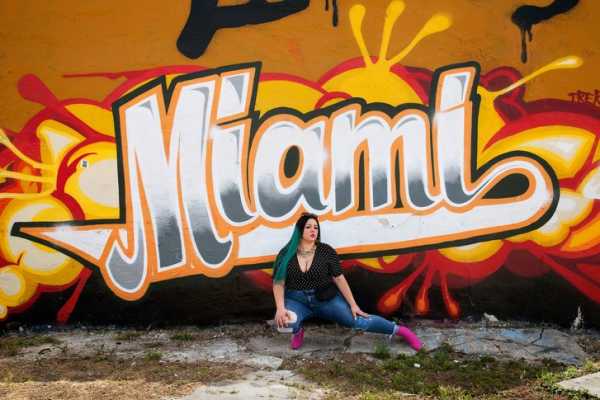 Gaignard, a woman of mixed race (her father is black, her mother white), makes photographs that play with the outward signifiers and stereotypes of race, class, and gender identity, combining and remixing them into sometimes exaggerated but steadily ambiguous costumes. From character to character, she undergoes significant but not quite Shermanian transformations, with no facial prosthetics and minimal makeup, and with each portrait hinging in part on Gaignard’s ability to cross legible boundaries. In previous bodies of work she has appeared as a buttoned-up suburbanite, in a dirty-blond bob, carrying groceries; or with black hair, in a bandanna and a “Thug Life” T-shirt, holding McDonald’s takeout; posed before graffiti in gold nameplate hoops and chain necklaces; standing, stolid and cool, at the former site of a Confederate monument; or alongside a black man, her hair platinum and pinned. In one photograph in the FLAG exhibition, which consists of new portraits shot in Florida, Gaignard portrays a series of swimmers à la an Esther Williams production, in latex caps adorned with flowers, red Hollywood pouts, and, on one woman’s face, a single cinematic tear. The “real” racial identities of these characters are impossible to know. The express ornaments of black culture that appear in some of Gaignard’s images—braids and Afros, head wraps and African prints—like all surfaces, can be borrowed. The photographs remind us, repeatedly, that the racial delineations imposed by society are often arbitrary and flimsy, always fraught. 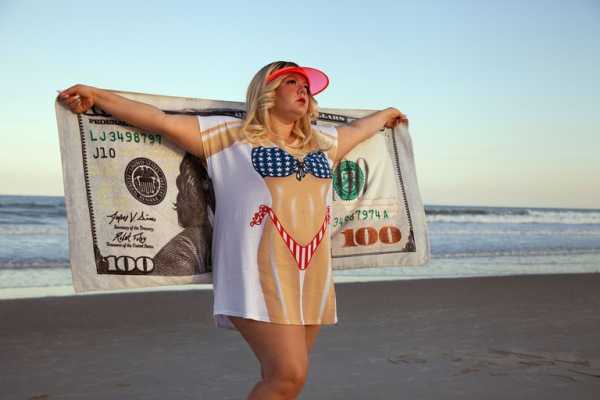 The exhibition at FLAG also achieves a portrait of the inner lives—a type of shared consciousness—of the women along the gallery walls: women of color (it is clear from the show’s installation elements) who may or may not choose to pass; who may, if they do not project race loudly, pass by default. In one photograph, we find a matronly woman in a high and flipped bronze bouffant standing before an unassuming home beyond a chain-link fence. She stoops slightly, leaning on a wooden cane, the tops of her knee-high stockings visible below the hem of her patterned dress, a fur coat draped across her shoulders. Her expression is one of someone caught out, uncomfortable in the camera’s sights. When the same coat appears in physical form in the gallery, we see that its inner lining is covered in badges and pins of black iconography—rows of panthers and raised fists, the faces of Malcolm X and Angela Davis. The garment becomes an emblem of how we may carry our identities hidden in plain sight. 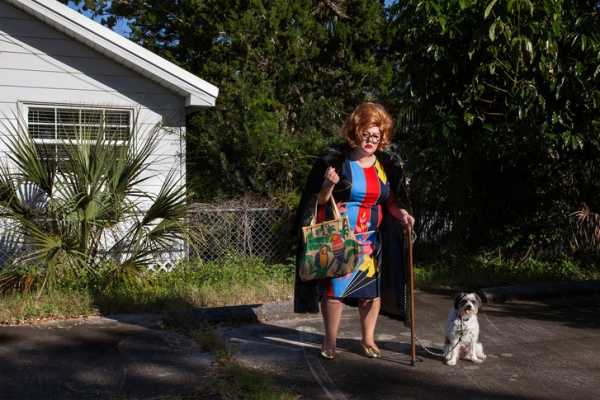 Gaignard often constructs lively installations of domestic interiors for her characters to inhabit. At FLAG there are two minutely appointed spaces on display. The first is a bathroom, papered with a pink-flamingo print, stocked with an enormous quantity of soaps, pomades, and creams, including those for the lightening of skin. (In one self-portrait in the exhibit, titled “Blackish,” she reclines on a couch and stares at the camera, her face darkened by a clay-colored facial mask.) It is a place of private labor and claustrophobic stricture—for performing idealized versions of both blackness and womanhood. The second is a sitting room of rattan furniture, green palms, and floor-to-ceiling black panthers—in porcelain, printed on glass, curled into the round of an ashtray, and more. Unlike the first, this is a space of private pride—a haven, it seems, from the world beyond its walls. That broader society, in turn, is represented in Gaignard’s collages, which are composed of photographs and text cut from magazines and prim wallpaper. It’s depicted at first as a world of near mythological innocence, via idols of twentieth-century culture—Coca-Cola, engagement rings, and bathing beauties—but soon transforms into one of eerie surveillance and violence: crosshairs, white sheriffs, and black figures on the run. 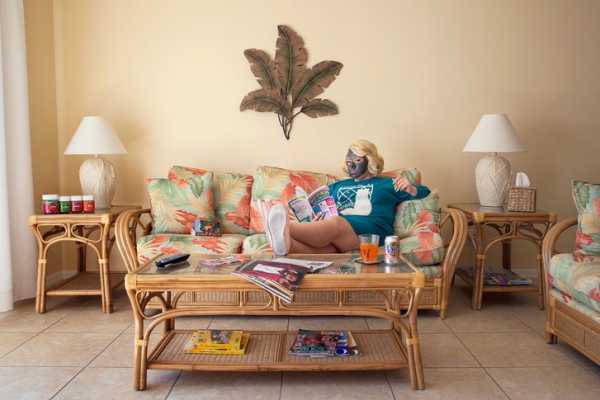 When the matron in the high bouffant appears again, in a second photo, we see the force of what we have learned—of her inner life, of her hostile society. She is steely, smoking a long and slim cigarette, eying the viewer from above: now a matriarch—her secrecy a choice, her secrets not to be tested. 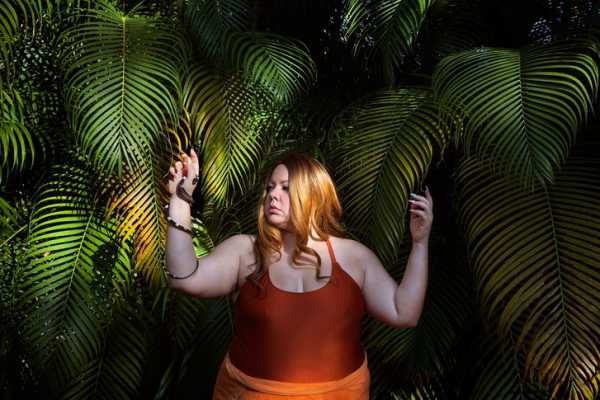 Chelsea appeal against transfer ban to be heard by CAS on...

It’s time to talk about James Mattis’s involvement with the Theranos...