Home Culture An Elegy for the Jewish Retirees of Miami Beach | 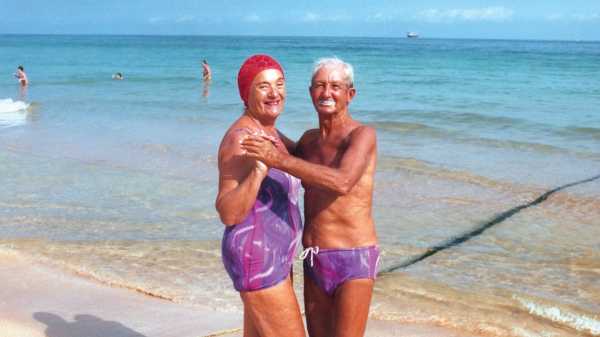 In the nineteen-fifties and sixties, Miami Beach was Rat Pack glamorous: a tropical tourist attraction with lavish shoreline hotels offering performances from stars like Frank Sinatra and Jackie Gleason. But, by the seventies, the city’s popularity as an entertainment and tourism capital had waned; instead, Miami Beach, and especially its southernmost neighborhood, South Beach, was increasingly populated not by vacationers but by elderly Jews—often émigrés from the Northeast, many of them Holocaust survivors—who had come to live out their fixed-income days in the rent-controlled buildings of the now shabby, budget-friendly beach town. A new book, “Shtetl in the Sun,” edited by Brett Sokol, collects more than a hundred pictures taken in South Beach between 1977 and 1980 by the photographer Andy Sweet, a Miami native who, before his early death, in 1982, documented these transplants in their suddenly sunny, late-in-life element. 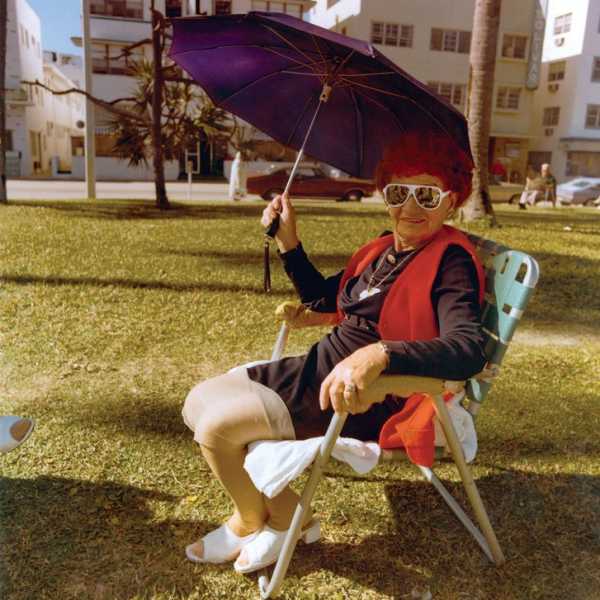 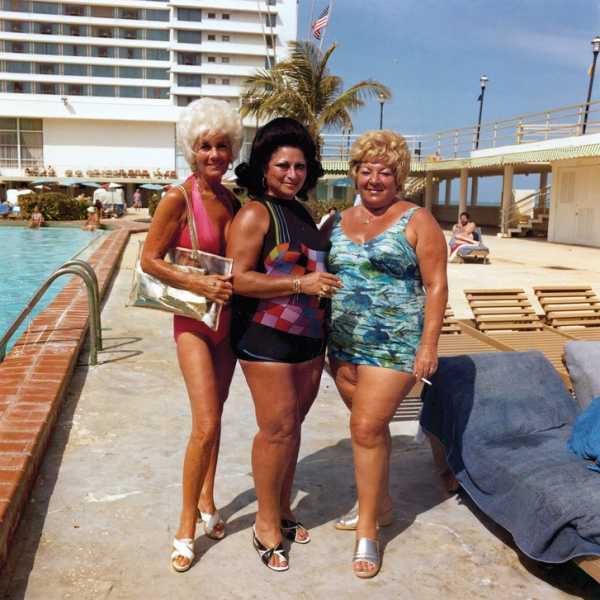 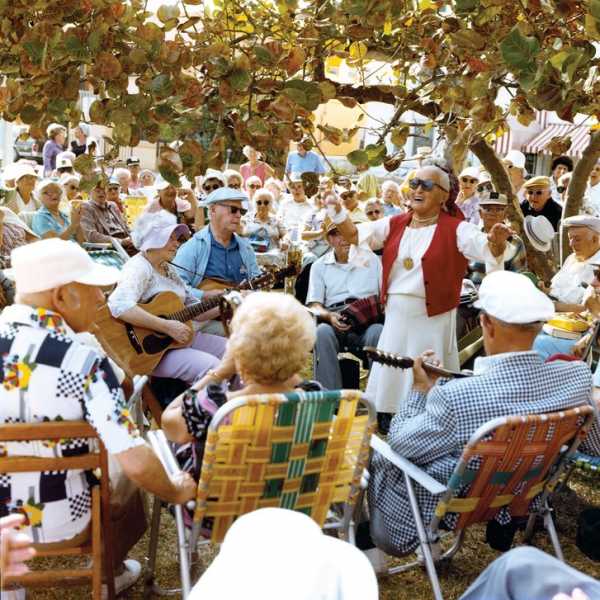 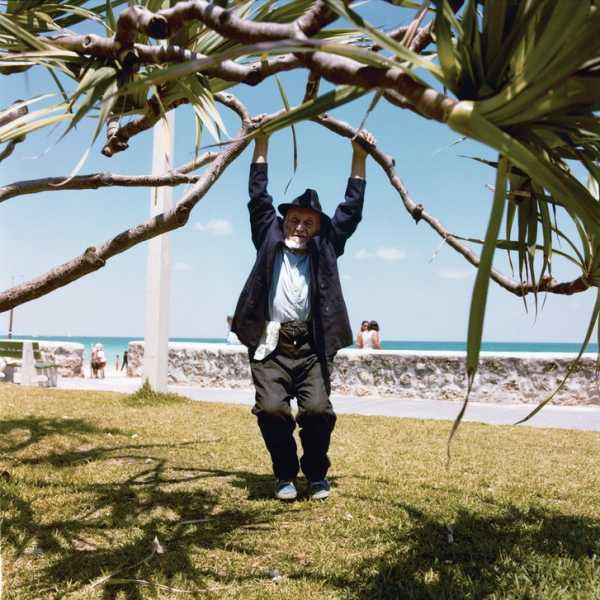 Sweet grew up in Miami Beach, in a well-to-do Jewish family. In 1977, along with his friend Gary Monroe, another local photographer, he embarked on a ten-year project of capturing the daily life of South Beach’s Jewish residents. While Monroe shot in black-and-white (and continued the project after his friend’s death), Sweet shot only in color, a choice that aligned him with other, more widely celebrated photographers of his generation, such as Stephen Shore and William Eggleston, who, in the seventies, brought new legitimacy to the use of color photography in the context of fine art. Many of Sweet’s subjects were foreign-born, or only a generation removed from the Old Country, and their crowded proximity to one another in the homogenous South Beach—whose streets, stores, reception halls, and beaches reflected the retirees’ cultural, social, and religious tastes—made for a community that could indeed seem shtetl-like, more Eastern European than American. But the vibrancy of Sweet’s color photographs showcases these subjects as particularly American, too. Under cerulean skies, at the shores of the azure Atlantic, in the shade of tall, green palm trees, nearly vibrating in the hot Miami sun, the photographer’s subjects—aged but resilient, a new breed of pioneers in a new kind of frontier—were of this country just as much as Shore’s roadside budget motels and gas stations, or Eggleston’s diners and long-finned cars. 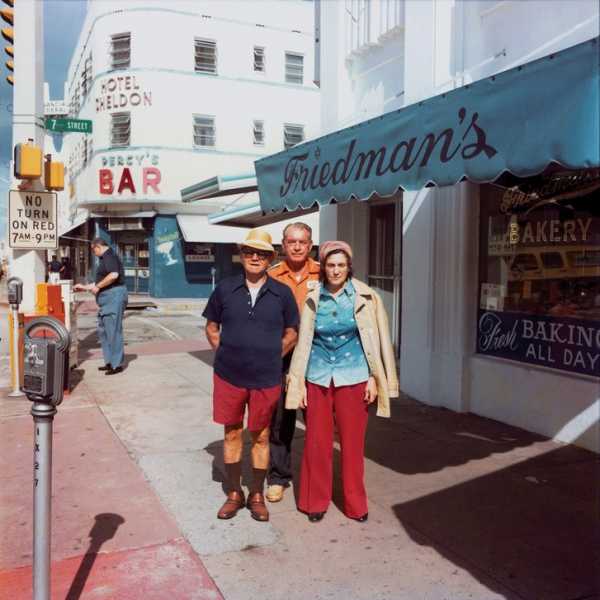 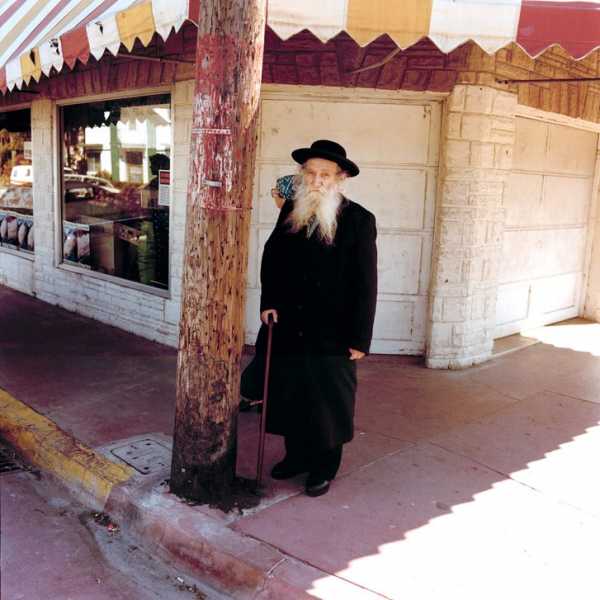 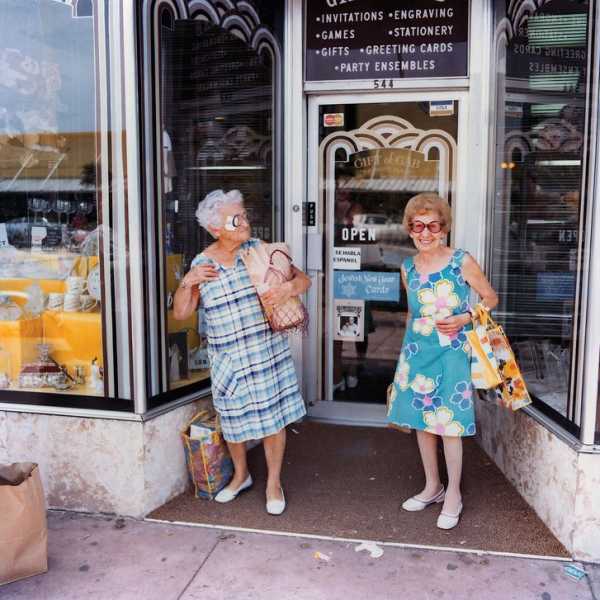 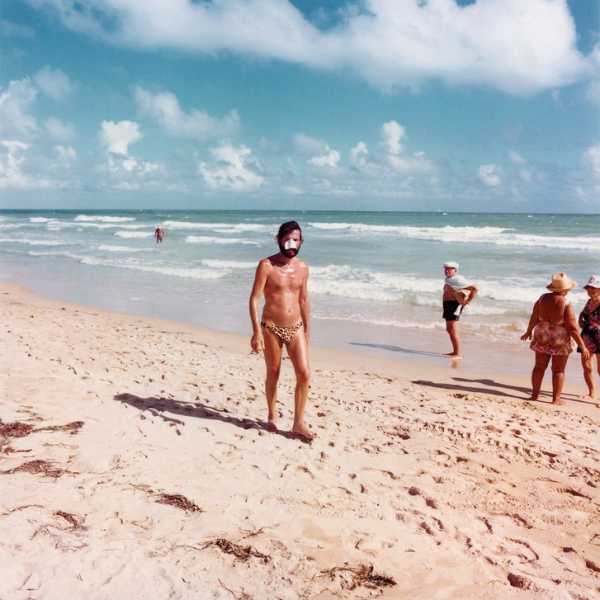 There is certainly a sense of elegy in Sweet’s work, for a South Beach culture that was not long for this world, and that soon gave way to what Brett Sokol identifies in a foreword to “Shtetl in the Sun” as the city’s much flashier “Miami Vice” eighties and American Riviera nineties. But Sweet’s pictures are neither sentimental nor pathetic. A woman in a striped bathing suit, her face weathered but her legs still shapely, leans against a stone fence at the beach; another woman, her swimming-capped head a jaunty spot of emerald in an aqua pool, moves her limbs sinuously through the water; a deeply tanned couple in matching lavender swimsuits pose mid-dance at the ocean’s edge; a man stands on the street, natty in a light-blue cardigan over a fuchsia-pink shirt; women mingle at a party, their densely flowered dresses a gorgeous riot of color and pattern. Sweet’s images show that there could also be, even in one’s later years, a distinct enjoyment to be found in the body and in the brilliant world around it. 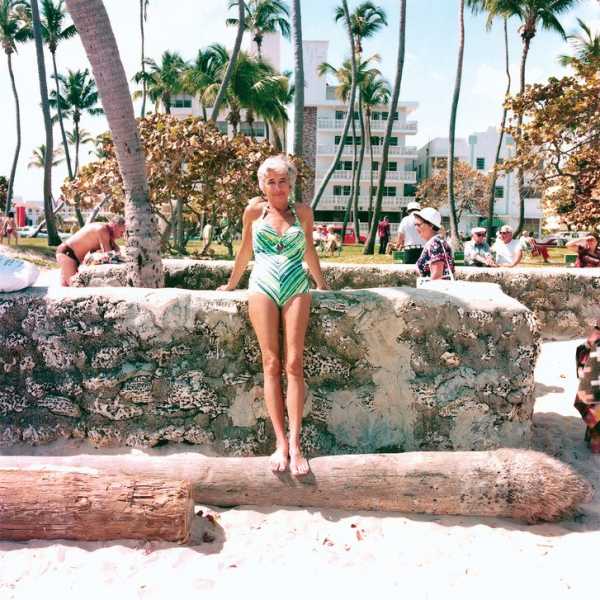 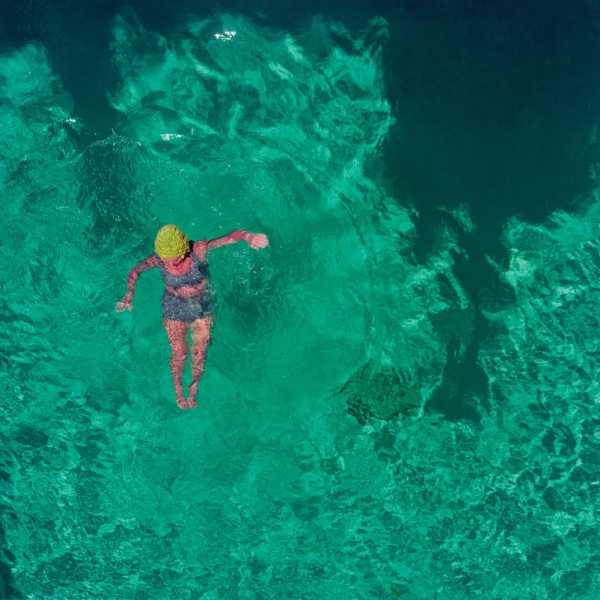 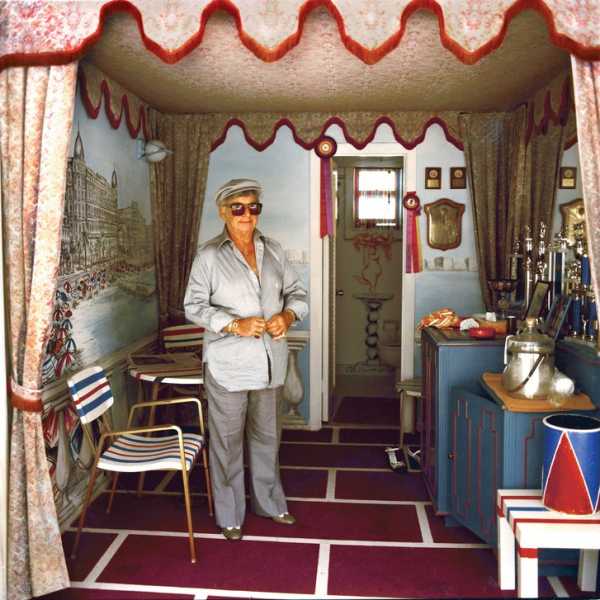 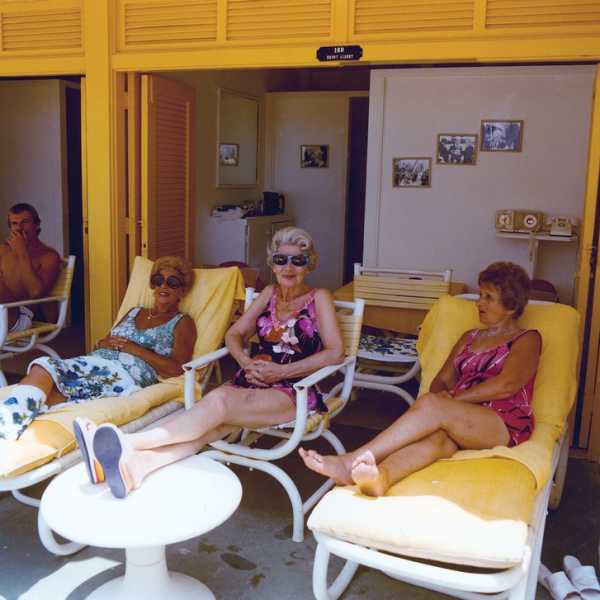 South Beach’s residents were a tribe, with its own gathering places, leisure pursuits, and cultural rituals, and the pictures give us a solid, painstaking sense of what this tribe’s life looked like, day in, day out. We often see them in groups: playing shuffleboard, wading into pools, exercising or reclining on the sand, taking constitutionals along the wide, glaring avenues. They gather for a Yiddish cultural festival, pray in a synagogue, play music in the park, and sun themselves on plastic porch chairs and benches. But Sweet wasn’t interested in clinically picking apart these moments, using the camera lens as a scalpel. His subjects were often shot formally, at the center of the frame, as if posed, but this, it seems to me, was not intended as a sign of cold detachment but of respect. He appears to have wanted to allow these retirees—whose quotidian activities in the twilight of their lives would otherwise have been considered dull, irrelevant, even invisible—their moment in the sun. As the novelist Lauren Groff writes in an introduction to the book, “Sweet is really looking. He’s paying attention.” 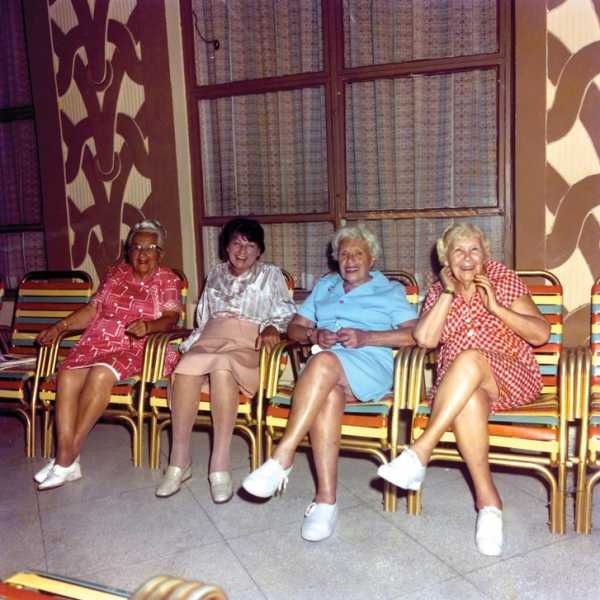 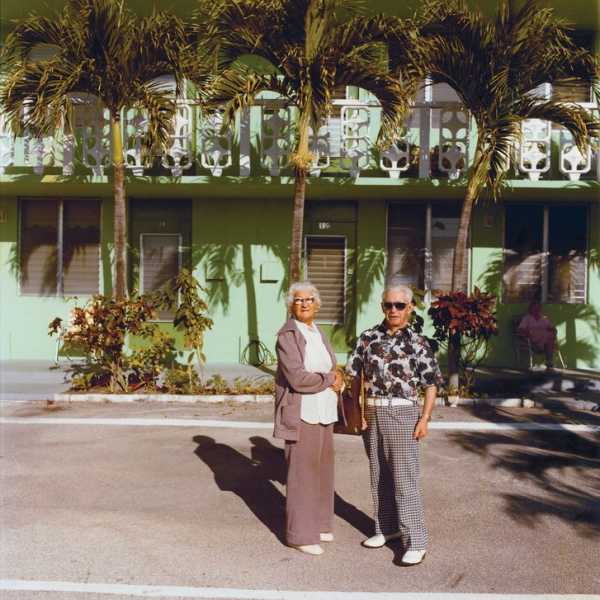 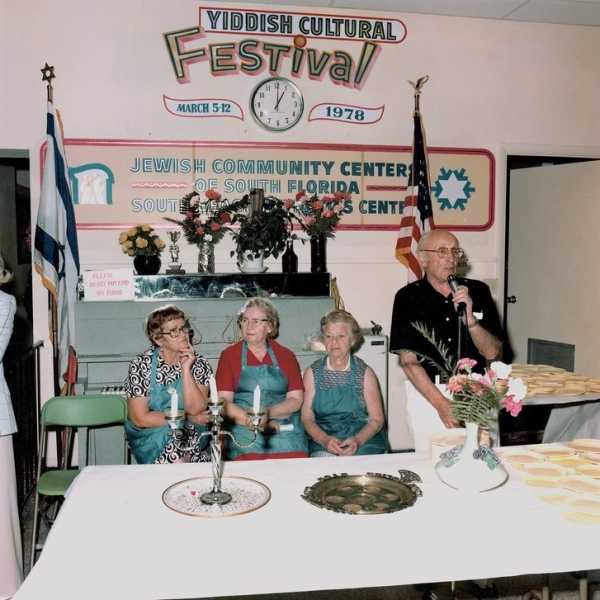 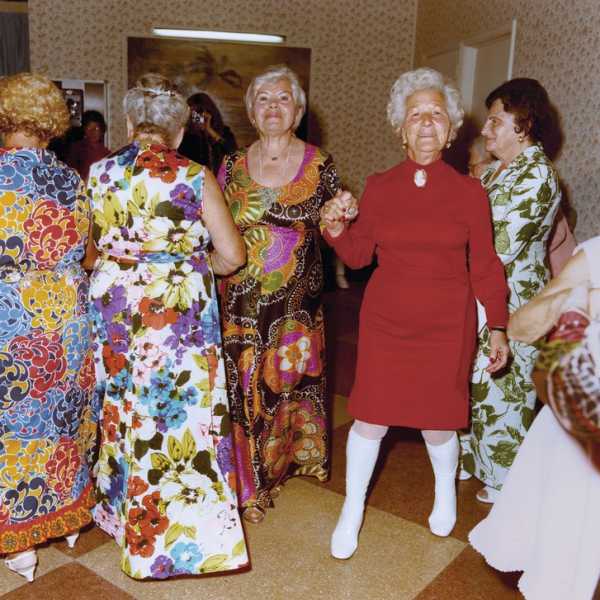 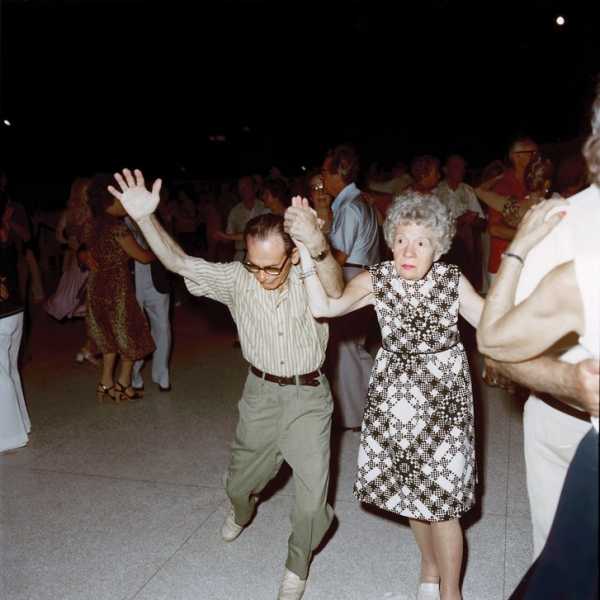 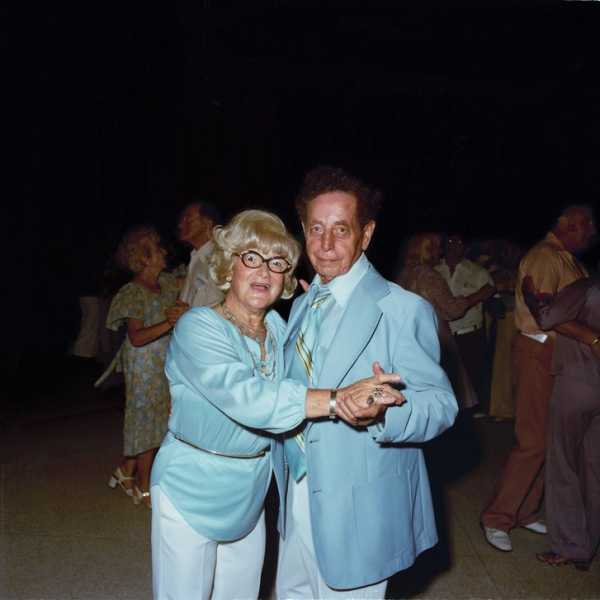 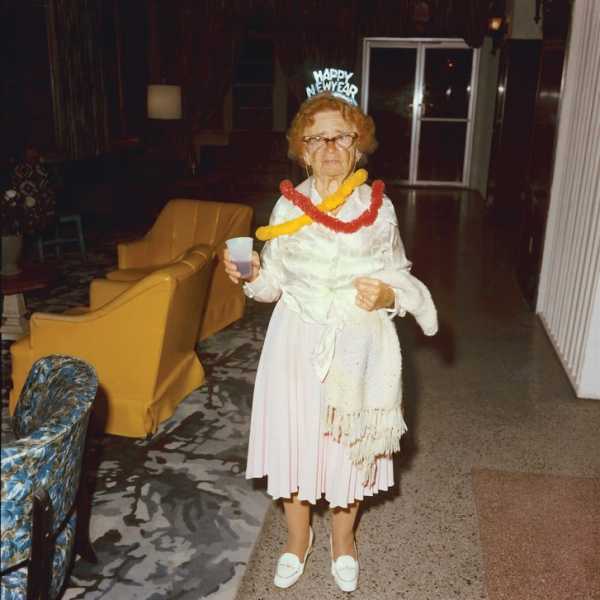 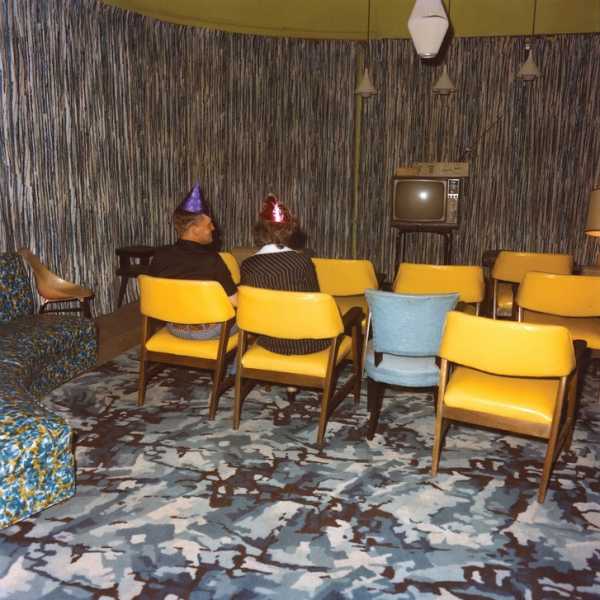 Rory McIlroy ‘right there’ despite disappointing second round at Quail Hollow

Forget War: Containment is the Best Way to Deal With North...

The Good, The Bad and The NXT

The RNC isn’t giving back Steve Wynn’s donations. And their reasoning...