Home Culture An Invaluable, Incomplete Show of Black Southern Art at the Met | 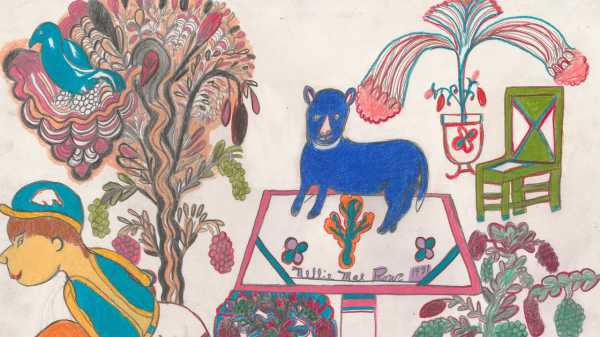 On the last night of his life, Martin Luther King, Jr., gave an impassioned speech in which he imagined God asking him which historical period he’d most like to live in: “I would take my mental flight by Egypt and I would watch God’s children in their magnificent trek from the dark dungeons of Egypt through, or rather across, the Red Sea, through the wilderness, on toward the Promised Land. And, in spite of its magnificence, I wouldn’t stop there.” He would visit ancient Greece and the Roman Empire, the Renaissance and the Reformation, and then the United States, in the eras of the Emancipation Proclamation and the New Deal. But if he had only one choice, King said, he’d opt for the second half of the twentieth century, to see people like the striking sanitation workers, whom he was addressing in Memphis that night, at the front lines of the human-rights revolution.

Visitors to the Metropolitan Museum of Art have long had access to “the panoramic view of human history” that King described in his speech, from the ancient-Egyptian Temple of Dendur to the Renaissance gems in the Lehman Collection and the Depression-era mural panel of cotton pickers, by Thomas Hart Benton. But, until the museum accepted a gift from the Souls Grown Deep Foundation, in 2014, it had turned a blind eye to the black artists, born during Jim Crow, making magnificent work across the Deep South. The driving force behind the foundation is the white collector William Arnett (he was the subject of a Profile in The New Yorker, in 2013, when the donation was still being negotiated). Arnett’s collection numbers in the thousands, and is now being dispersed to museums around the country. But the Met was given first dibs, and it chose fifty-seven pieces, by thirty artists. An exhibition was planned for 2016, but it has been delayed until now. 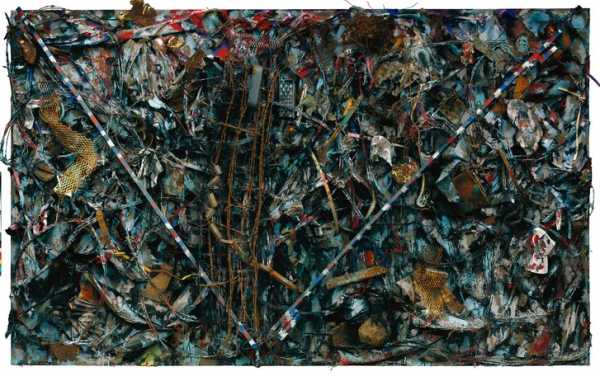 Installed in two small rooms, on the second floor of the modern-and-contemporary wing, “History Refused to Die: Highlights from the Souls Grown Deep Foundation Gift”—a trove of twenty-seven paintings, sculptures, drawings, and textiles, on view through September 23rd—is at once an invaluable introduction and a bit of a missed opportunity. Many of the artists making their début at the Met in this show are already renowned in other parts of the art world. The exhibit includes a selection of the vibrant quilts, made by several generations of women in Gee’s Bend, Alabama, which graced the walls of the Whitney, in 2002, in a show that was received as a revelation. The show is titled after a piece by Thornton Dial, another Alabama-born artist of such expressive finesse and audacity that critics have compared him to both Robert Rauschenberg and Willem De Kooning. But it’s precisely that kind of equivalence—validating “outsider” black artists by comparing them to “insider” white ones—that creates a sticking point before the show is given enough room to breathe.

The curators have installed Dial’s 2004 piece “Victory in Iraq,” a coruscating eleven-foot-long-long panel, on an exterior wall, outside the exhibition proper and in the company of works by other great American mid-century men. Dial’s piece, a hybrid of picture and sculpture, is a morass of materials—barbed wire, toy cars, the head of a mannequin, old clothes, wheels, cutlery, stuffed animals, tin, and that’s only a partial list—which is optically anchored by an ironic red-white-and-blue “V.” The work’s title suggests an indictment of the policies of President George W. Bush and a commentary on the endless quagmire of war. But the Met’s decision to install the piece adjacent to Jackson Pollock’s “Autumn Rhythm,” from 1950—one of the jewels of its modern collection—has the unintended effect of overemphasizing the formal attributes of the panel, as Dial’s tangles of wire play a game of call and response with the skeins of Pollock’s paintbrush. It also feels like an unnecessary legitimizing strategy for a piece that soars on its own merits. 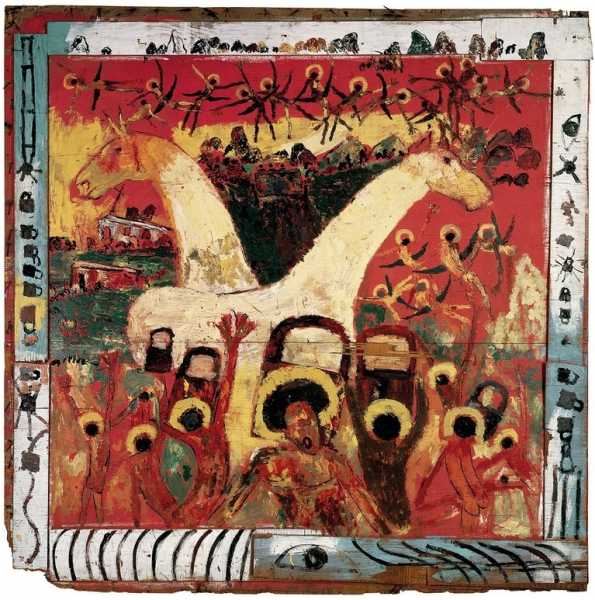 Perhaps, now that the Met has introduced its visitors to the exceptional work of Lonnie Holley, Purvis Young, Ronald Lockett, Joe Minter, Nellie Mae Rowe, and others, it will consider another show—perhaps a whole floor at the Met Breuer—expanding on the conversation between Dial and Pollock, and inviting a more colorful chorus of voices. Wander the African galleries on the ground floor, after seeing the works from the Souls Grown Deep show and imagine seeing “Victory in Iraq” in the company of the Kongo N’kisi power figure, studded with nails, beads, shells, and arrows, or the majestic textiles of Linda Diane Bennett, and Lola, Loretta, and Lucy T. Pettway alongside a royal display cloth from Cameroon or the shimmering, crazy-quilt-like bottle-cap works of the contemporary Ghanian artist El Anatsui.

What to Stream This Weekend: A Claire Denis Car Commercial, Rescued...

An Artist’s Vast Collection of Images of Women (and Her Own...

Ireland’s Rugby World Cup 2019 games to be broadcast on eir...