Home Culture An Unflinching View of Venezuela in Crisis | 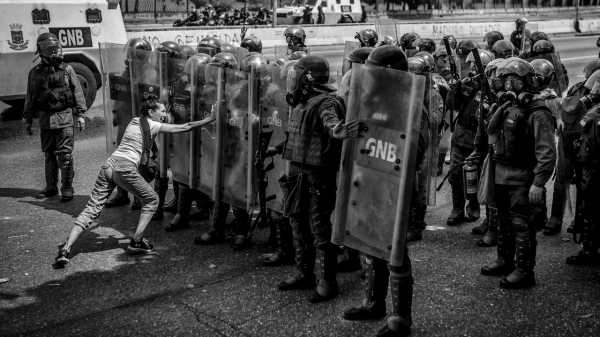 Alejandro Cegarra’s photo series “State of Decay” is an unflinching portrait of Venezuela’s collapse. How this country went from being one of Latin America’s richest societies to one of its poorest is a disaster of bewildering proportions, one that defies easy explanation. Venezuela has the largest proven oil reserves in the world, but since the 2014 crash in world oil prices, on which Venezuela depended for more than ninety per cent of its export revenues, its economy has contracted continuously, unleashing an economic crisis worse than that experienced by Americans during the Great Depression. In the past five years, three million of Venezuela’s thirty-two million people have fled the country. More than half of all Venezuelans lack enough food to meet their daily needs. The country’s hospital system has all but failed; countless Venezuelans have died owing to a lack of medical attention and the scarcity of medicines for treatable illnesses. Hyperinflation is expected to reach ten million per cent this year. On top of everything else, Venezuela’s murder rate is among the world’s highest, making it one of the most dangerous countries in the world to live in. An anti-government protester holds the Venezuelan flag during a protest demanding the resignation of Maduro, in 2017. Shot between 2013 and 2019, Cegarra’s remarkable series of black-and-white images takes us beyond these statistics. (This year, the project was nominated for a World Press Photo award.) A native of Caracas, Cegarra depicts life in his home town as precariously strung-out and pared-down, shorn of any softness. We see street preachers shouting, inmates weight lifting, children running in fear, bloodstains on the ground, predatory soldiers with masked faces and black helmets, men brandishing weapons, one of them a youngster standing purposefully with a sawed-off shotgun. There are listless people in supermarkets with empty shelves, funerals and mourners, women and children with fear on their faces. People shout pro-government slogans during a political rally outside the National Parliament, in 2013. 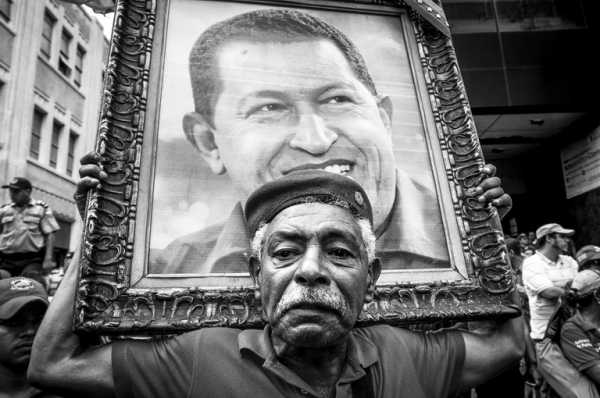 A man holds a portrait of Hugo Chávez during a political rally led by Chavez’s successor, Nicolás Maduro, in 2013.

Cegarra was born in 1989, which is the year that many Venezuelans cite as the original point of rupture in their society. It was the year of the so-called Caracazo, when economic-austerity measures imposed by a newly elected President led to several days of rioting and bloodshed in the capital and surrounding towns. Hundreds of people were killed in the ensuing crackdown by security forces and soldiers. Afterward, things were never the same in Venezuela. The traumatic episode spurred a young Army officer, Hugo Chávez, to lead a military revolt against the government in 1992. Chávez’s uprising failed, but it made him a national hero to many Venezuelans. Chávez was sent to prison but received amnesty two years later. He ran for President in the country’s 1998 elections and won. 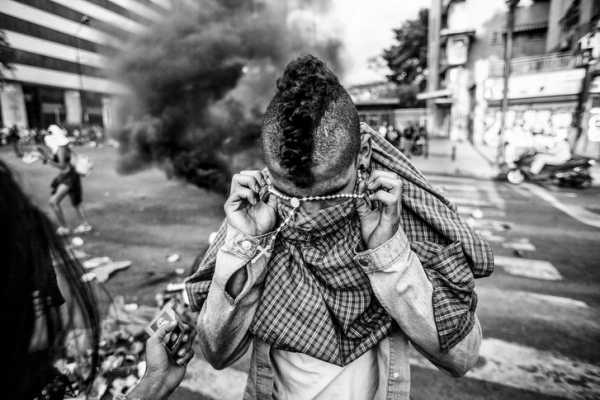 An anti-government protester puts on a rosary before a clash against Venezuelan security forces, in 2014. 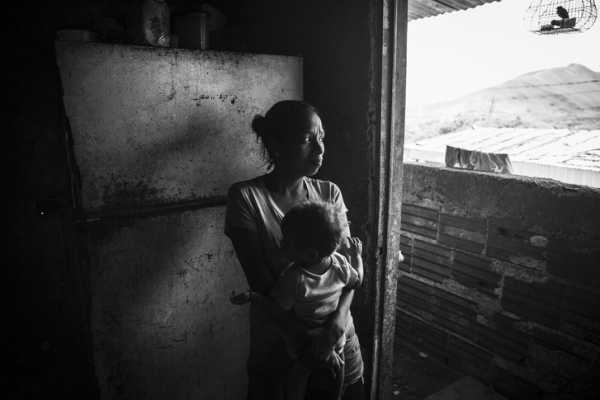 In 2018, Adriana Lamadrid holds her one-year-old son, Iverson, who suffers from malnutrition due to the economic crisis and food shortage.

At his swearing-in ceremony, in February of 1999, Chávez promised to transform Venezuela—and over the next decade and a half he did just that. While a global oil-price boom brought a trillion dollars into his treasury, Chávez declared his country to be the chrysalis of a revolutionary political force that he dubbed “twenty-first-century socialism.” He aligned himself with Cuba and spoke out against the United States. Meanwhile, the oil money was spent as fast as it came in, much of it on social programs to alleviate poverty, but also on expensive Russian weaponry for the armed forces and on subsidies to Cuba and other friendly governments that signed onto Chávez’s vision of a world free of Yankee domination. 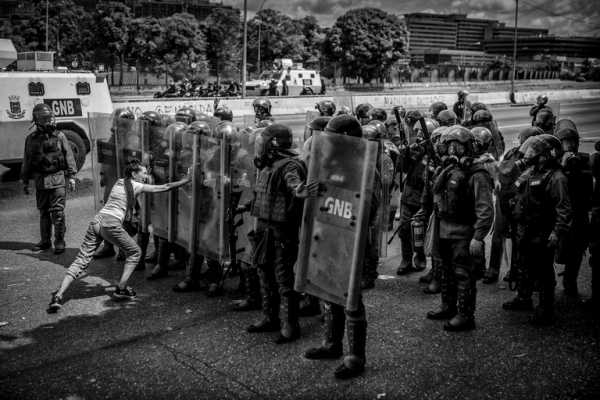 A woman tries to stop National Guard anti-riot officers during an anti-government protest, in 2017. 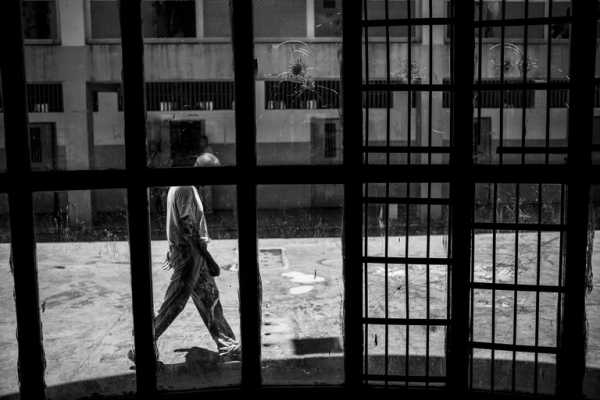 In 2015, an inmate walks at El Rodeo Jail, near Caracas, which in 2013 was the site of a violent riot that led to the death of sixty people.

When Chavez died, of cancer, in 2013, the Presidency went to his hand-picked successor, Nicolás Maduro, a loyalist who has shown himself to be ill-equipped at handling the country’s crisis. Venezuela’s economic problems have gone from bad to worse during his time in office. On the political front, he has resorted to chicanery and brute force, imprisoning his rivals and sending troops into the streets to beat and shoot youthful demonstrators. Faced with an opposition-dominated National Assembly—the country’s main legislative body—he set about creating a new constituent assembly, stacked with his supporters. Finally, last May, after banning his main political adversaries from political participation, Maduro insured his reëlection to the Presidency for a new six-year term, which began last month. 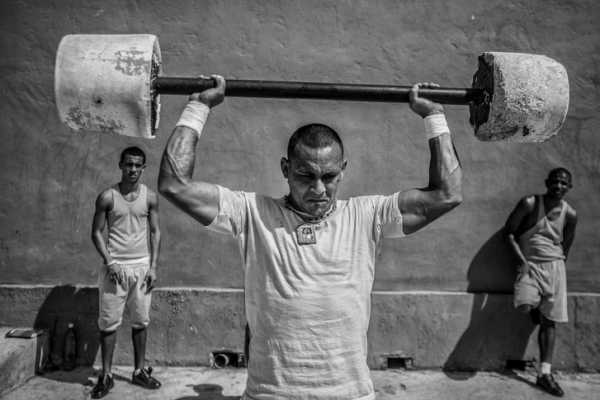 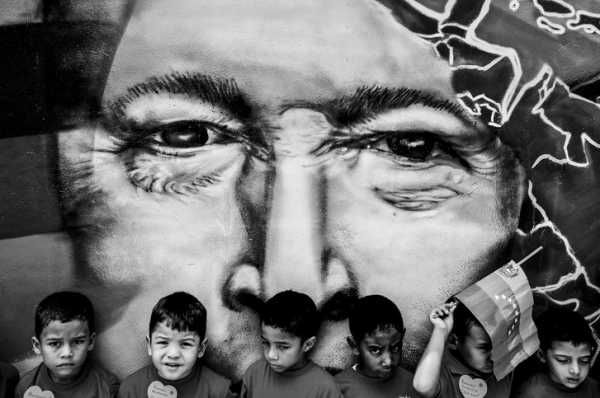 Preschoolers visit the Mountain Barracks, where the remains of Hugo Chávez are buried, in 2013. María Vizcaya cries over the coffin of her five-year-old son, Gabriel Vizcaya, who died from the shock wave caused by a grenade thrown during a confrontation between police officers and gang members, in 2016. 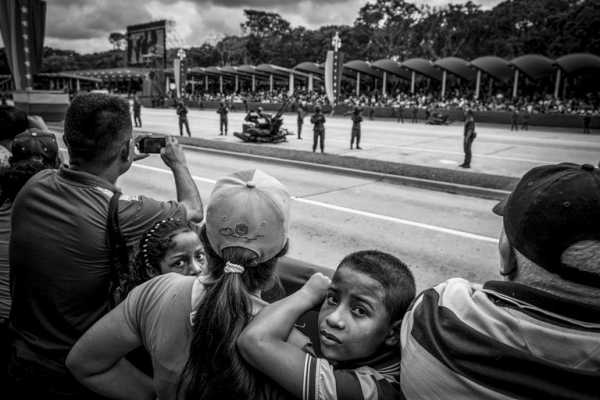 This brings us to the present moment. Last month, a charismatic young congressman named Juan Guaidó emerged from obscurity to be named by his peers as the president of the opposition National Assembly. Upon taking office, Guaidó immediately repudiated Maduro’s leadership as illegitimate and declared himself interim President of Venezuela. In the weeks since then, Guaidó has pulled off an extraordinary act of political maneuvering, securing not only the embrace of the Trump Administration but also the diplomatic backing of an additional fifty foreign governments. All of them have withdrawn their recognition of Maduro and demanded that he step aside so that Venezuela can have new, free, and fair elections. Maduro, for the time being, has resolutely refused.

As the standoff reaches its day of reckoning, Cegarra shows us his divided countrymen out on the streets, performing Venezuela’s open-air theatre of deepening polarization. No one can yet know which side will win. In the meantime, the Venezuelan people are both observers and participants in the drama, paying the price for the political impasse that is consuming their country and their lives. 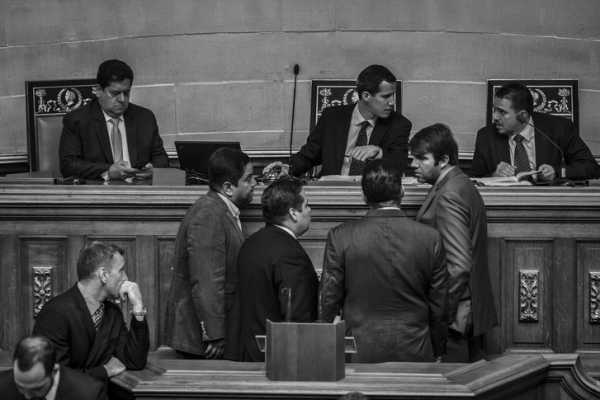 The National Parlament in session, in 2019. 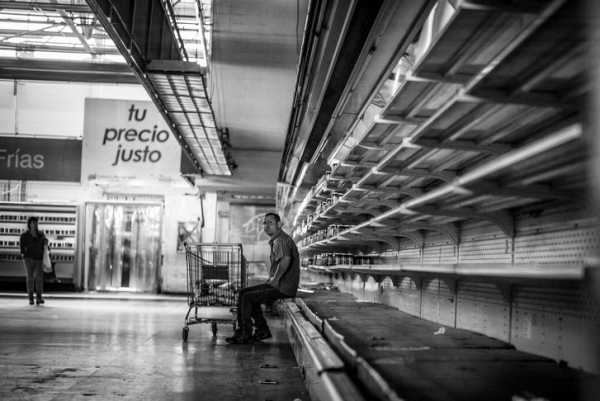 A government-run supermarket, in 2015.

Scientists release most detailed star chart of the Milky Way