Home Culture Anthony Bourdain and the Power of Telling the Truth | 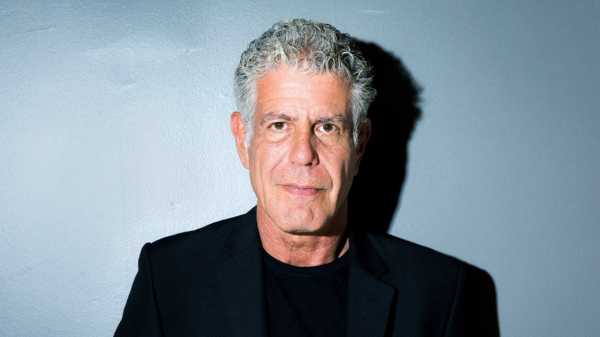 I have long maintained a theory that Anthony Bourdain—who died on Friday, at the age of sixty-one, of an apparent suicide—was the best-known celebrity in America. There are, I realize, actual ways to measure this sort of thing, but the intimacy that Bourdain cultivated with his fans was of a sort that transcended Q scores and approval polls. His show brought in millions of viewers, his books found millions of readers, and—especially for people outside of the food world, and to his own great irritation—he seemed to be everyone’s first idea of the “celebrity chef,” even though he hadn’t worked in a restaurant kitchen in years. (At best, he said, he could be described as a “cook.”)

Bourdain’s fame wasn’t the distant, lacquered type of an actor or a musician, bundled and sold with a life-style newsletter. Bourdain felt like your brother, your rad uncle, your impossibly cool dad—your realest, smartest friend, who wandered outside after beers at the local one night and ended up in front of some TV cameras and decided to stay there. As a writer himself, he was always looking out for other writers, always saying yes, always available for interviews and comments. You had to fight through a wall of skeptical P.R. to get to someone like Guy Fieri, but Bourdain was right there, for everyone, in equal measure. He remembered names. He took every question seriously. He was twenty minutes early to every appointment, to the minute. Every newspaper, every magazine, every Web site that asked got its Bourdain quotes—and good ones, too! Not pre-scripted pablum but potent missiles of cultural commentary—bombastic wisdom, grand pronouncements, eviscerations of celebrities, flagrantly named names.

Another way of putting it is that Anthony Bourdain built his career on the telling of truth. The son of a French father and an American mother (Gladys Bourdain, writing as G. S. Bourdain, was a writer and a copy editor at the Times), he was a novelist before he became an essayist, but, even in the realm of fiction—as in his series of sardonic crime thrillers, including the novels “Bone in the Throat” and “Gone Bamboo”—he evinced a fascination with how people lived within and around their ill behaviors. “Guys who wake up every morning, brush their teeth, shower, shave, then go to work at the serious business of committing felonies,” he wrote in “A Life of Crime,” an essay in his collection “Medium Raw.” “These are the characters who continue to dominate my reverie.” In crime there’s not just transgression, there’s clarity: being in the conspiracy, knowing the inner workings of the machine, seeing what’s really going on. This was the engine that powered “Don’t Eat Before Reading This,” Bourdain’s 1999 New Yorker story that stripped the elegant window dressing from the world of high-end restaurants—the article that, in short order, evolved into his blockbuster 2000 memoir, “Kitchen Confidential.”

This attraction to the secrets behind the façade—the frantic, shadowed stage-managing happening in the wings—is perhaps the singular theme threading through all of Bourdain’s work. He was a relentless reader, looking not only for knowledge and diversion but for tools of the craft. He was less a television star than a television creator: an obsessive film buff, he crafted each episode of “Parts Unknown” like a feature film, plotting every shot, every music cue, every visual flourish. When I interviewed him for a podcast, in 2016, we talked about how he used those tools of storytelling as a way to bring his audience to him, to get them to a place where they could receive what he was giving. “You want them to feel how you felt at the time, if you’re telling something that you experienced,” he said. “Or you want to drive them to a certain opinion or way of looking at things.”

As Bourdain’s career grew, the truths he was positioned to tell grew, as well. He was never able to shake off his association with the now-pedestrian revelations of “Kitchen Confidential”—the cook’s antipathy toward brunch, the daily special as a dumping ground for leftover ingredients, the questionable integrity of Monday’s fish. But his Food Network show, “A Cook’s Tour,” his Travel Channel show, “No Reservations,” and his CNN show, “Parts Unknown” (which remains in production; at the time of his death, Bourdain was filming in France for the show’s twelfth season) allowed him to acknowledge that the point of his journeys—and of sharing them with his massive, ever-growing audience—was not a gastronomic fluency but a broader cultural one. In what is likely the most famous episode of “Parts Unknown,” Bourdain sat on low plastic stools at an unadorned noodle shop in Hanoi, Vietnam, eating bún chả with Barack Obama—at the time a sitting President. The meeting, which Patrick Radden Keefe chronicled in a Profile for the magazine, was momentous for both men—both had grown up in the shadow of the Vietnam War, and that conflict, its long shadow, and its human costs suffused the hour-long episode. Bourdain ended the episode on a brutal note, with an infamous quote from William Westmoreland, the commander of U.S. forces in Vietnam, a reminder of America’s racist dehumanization of the culture we at home had just spent an hour celebrating.

Bourdain effectively created the “bad-boy chef” persona, but over time he began to see its ill effects on the restaurant industry. With “Medium Raw,” his 2010 follow-up to “Kitchen Confidential,” he tried to retell his story from a place of greater wisdom: the drugs, the sex, the cocky asshole posturing—they were not a blueprint but a cautionary tale. Ever resistant to take on the label of chef, he published a book of home recipes, in 2016, inspired by the cooking he did for his daughter. Despite its chaotic cover illustration by Ralph Steadman—and its prurient title, “Appetites”—the book, which was co-written with his longtime collaborator, the writer Laurie Woolever, is a tender memoir of fatherhood, an ode to food as a vehicle for care.

Beneath the vivaciousness and the swagger, Bourdain was still a man whose life was marked by darkness. His memoirs, in “Kitchen Confidential” and elsewhere, tell of an early life spent struggling with anger, hard-drug use, and other self-destructive behaviors. His parents’ marriage ended when he was young, leaving a lasting scar; Bourdain’s own first marriage, to his high-school girlfriend, Nancy Putkoski, lasted for twenty years, ending in 2005, shortly after his ascent to fame. When the dissolution of his second marriage, to Ottavia Busia, the mother of his daughter, was announced in the tabloids, Bourdain seemed profoundly disturbed by the evidence of public interest in his private life. In a 2016 episode of “Parts Unknown,” set in Buenos Aires, he held an on-camera therapy session. “I will find myself in an airport, for instance, and I’ll order an airport hamburger,” he says, lying on a leather couch. “It’s an insignificant thing, it’s a small thing, it’s a hamburger, but it’s not a good one. Suddenly, I look at the hamburger and I find myself in a spiral of depression that can last for days.”

In other moments, particularly when he wasn’t the one controlling the narrative, Bourdain could be slippery about personal matters—the critic Maria Bustillos, in a 2017 piece analyzing his literary œuvre, observed his tendency toward “a gentle drawing of the curtain over private moments.” A year and a half ago, just after the Presidential election, I interviewed Bourdain for a profile in Eater, where I was an editor at the time. We sat for a few hours at a yakitori restaurant in midtown, eating chicken hearts and drinking beer. The Rome episode of “Parts Unknown” had just aired, and, as we settled into our conversation, I jokingly mentioned his obvious crush on the Italian actor and filmmaker Asia Argento, who had been featured in the episode. At the mention of her name, Bourdain’s large, tanned hand swept over the microphone of the recorder. “What do you mean, my crush on Asia?” he said, and I laughed, telling him his puppy-dog eyes were in every frame—not to mention his Twitter posts about the episode, which fairly breathed with infatuation. He took his phone out and scrolled through his recent tweets, asking me to point out specific evidence. “We’re trying to keep it under wraps,” he said.

Toward the end of that conversation—which had jumped around from the global rise of the far right to the responsibilities of celebrity to the frustrating futility of protest—I asked him, point blank, if he considered himself a feminist. His answer was long and circuitous, what I’d come to think of as classic Bourdain: more of a story than a statement, eminently quotable, never quite landing on the reveal. He talked about his sympathy for the plight of women and gay men, his formative years as a student at Vassar, his forceful resentment of the “bro food” movement with which he remained entwined, and his unwavering support for reproductive rights. “I don’t know if that makes me a feminist,” he said. “It makes me a New Yorker. Doesn’t it?”

In October of that year, Ronan Farrow published a story in The New Yorker detailing multiple women’s allegations of sexual harassment and assault by Harvey Weinstein. Asia Argento was a central figure in that story, detailing the effect that Weinstein’s predation had on her creative and personal life. Bourdain, whose public identity had been built for decades on a focussed, auteurish individualism, seemed to find in his relationship with Argento a transformative creative and political partnership. She consulted on “Parts Unknown” and stepped in to direct a recent episode set in Hong Kong. In turn, Bourdain’s sterling credentials as a man’s man and a taker of no guff served as a bolster of the #MeToo movement at large. His unwavering support of Argento—as well as his ardent rejection of so much as a quantum of sympathy for famous chefs accused of transgression—brought him a new sort of celebrity as an activist, a revered elder statesman, an overt and uncompromising figure of moral authority.

The last time I saw Bourdain was a few months ago, at a party in New York, for one of the books released by his imprint at the publishing house Ecco—of his many projects, his late-career role as a media rainmaker was one he assumed with an almost boyish delight. At the bar, where I’d just picked up my drink, he came up and clapped me on the shoulder. “Remember when you asked me if I was a feminist, and I was afraid to say yes?” he said, in that growling, companionable voice. “Write this down: I’m a fuckin’ feminist.”

Revisiting the Legend of Flying Africans |