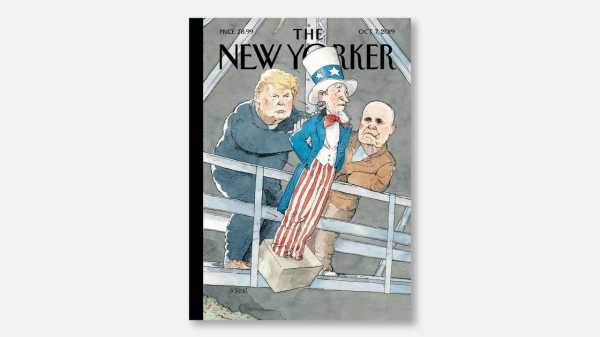 On Tuesday, Nancy Pelosi announced that the House of Representatives would be pursuing a formal impeachment inquiry against President Trump. The news came after a whistle-blower’s complaint, which was released to the public on Thursday and alleges that Trump—with the help of Rudy Giuliani—has been using “the power of his office to solicit interference from a foreign country in the 2020 election.” Barry Blitt, ever the first responder, takes on the drama in the cover for next week’s magazine. For more of The New Yorker’s coverage, read:

Susan Glasser on how Washington shifted in the course of forty-eight hours:

The most interesting moments to be in Washington are when the conventional wisdom is shifting and not everyone knows it yet, or when an old certainty has been shredded and nothing has emerged to replace it. As of Monday morning, the political world was pretty sure that Donald Trump would not be impeached by the Democratic House of Representatives, and that he would enter the 2020 campaign and race to win reëlection, before the economy betrayed him with a recession that forecasters increasingly see as inevitable. Instead, over a remarkable day and a half, a new reality emerged: Donald Trump appears to have got himself impeached. Trump now seems all but certain not only to face an impeachment investigation but an actual impeachment vote in the House. And, whenever it happens, and whatever the specifics of the indictment turn out to be, the impeachment vote will have been triggered by a new scandal very much of his own making.

David Rohde on the triumph of transparency:

The checks and balances . . . appear to be working. When threatened with impeachment by the House, the President released a summary of his call, as well as the full whistle-blower complaint. In the weeks ahead, transparency should be increased, not decreased. When grave abuses of power are alleged, more information should be made public, not kept secret. Citizens should read the call summary and the whistle-blower complaint themselves, and make their own judgments. This is not a deep state. This is American democracy.

And, for more Blitt covers, see below: 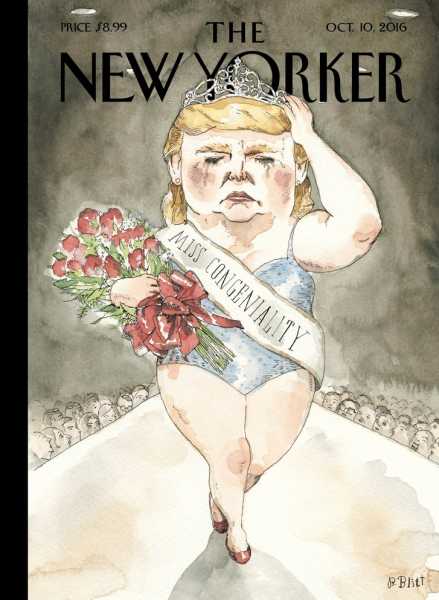 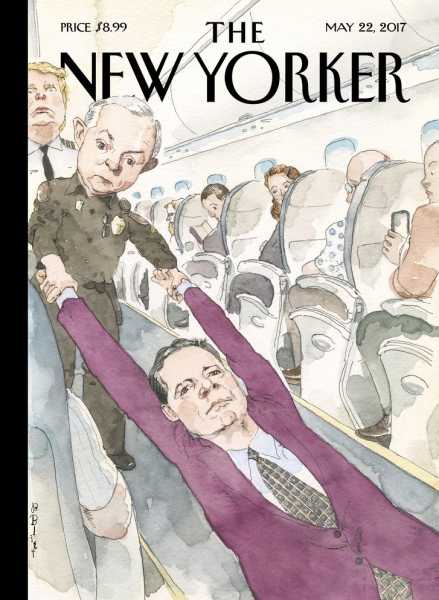 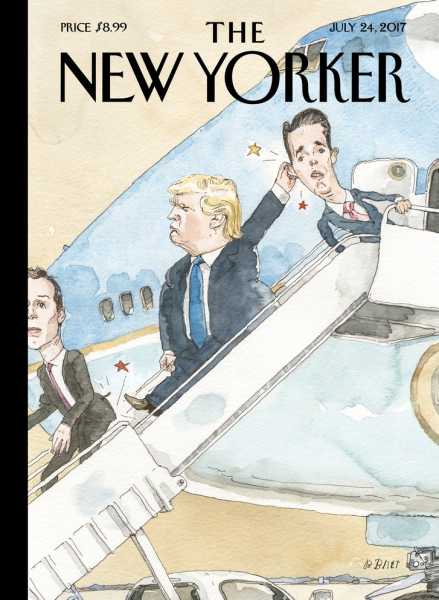 ‘Whoever His Dad is’ Remark About Barron Trump Gets Slammed by...

US Plans to Transfer Cargo to Syrian Militants Disguised as Aid...

Trump called himself “Tariff Man.” The internet did the rest.