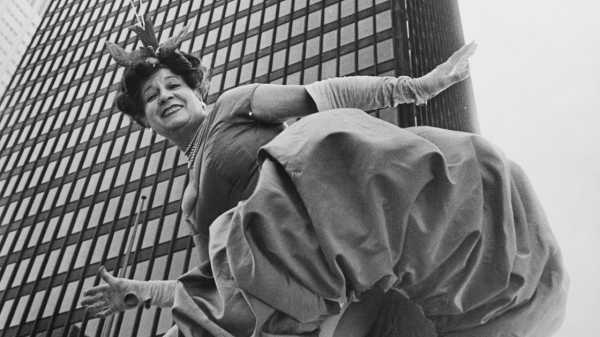 This essay is adapted from the preface to “Fashion Climbing,” a posthumous memoir by the New York Times fashion photographer Bill Cunningham, to be published in September, by Penguin.

I loved him without knowing how to love him. If you think of love as an activity—a purposeful, shared exchange—what could anyone who was lucky enough to be acquainted with Bill Cunningham, the late, legendary Times “On the Street” and “Evening Hours” style photographer, writer, former milliner, and all-around genial fashion genius, really offer him but one’s self? I don’t mean the self we reserve for our deepest intimacies, the body and soul that goes into life with another person. No, the Cunningham exchange was based on something else, was profound in a different way, and I think it had to do with what he inspired in you, what you wanted to give him the minute you saw him on the street, or in a gilded hall: a certain faith and pride in your public persona—“the face that I face the world with, baby,” as the fugitive star Princess Kosmonopolis has it, in Tennessee Williams’s “Sweet Bird of Youth.” Like the Princess, Bill knew a great deal about surfaces; unlike the Princess, though, he was never fatigued or undone by his search for that most elusive of sartorial qualities: style. 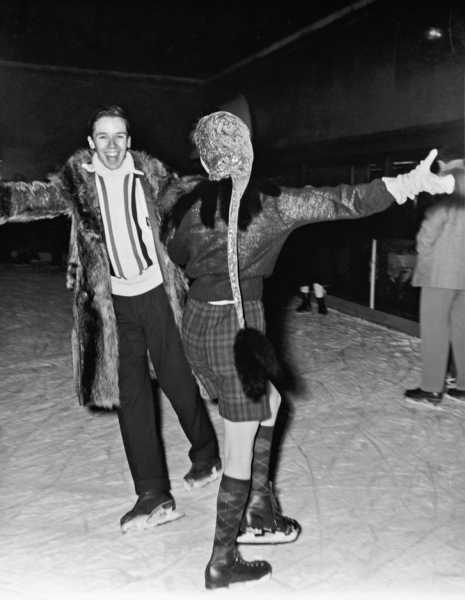 You wanted to aid Bill in his quest for exceptional surfaces, to be beautifully dressed and interesting for him, because of the deep pleasure it gave him to notice something he had never seen before. Even if you were not the happy recipient of his interest—the subject of the camera’s click click click and Bill’s glorious toothy smile—there were very few things as pleasurable as watching his heart beat fast (you could see it behind his blue French worker’s jacket!) as he saw another fascinating woman approach, making his day. That’s just one of the things Bill Cunningham gave the world: his delight in the possibility of you. And you wanted to pull yourself together—to gather together the existential mess and bright spots called your “I”—the minute you saw Bill’s skinny frame bent low near Bergdorf’s on Fifth Avenue and Fifty-seventh Street, his spot, capturing a heel, or chasing after a hemline, because here was your chance to show love to someone who lived to discover what you had made of yourself. 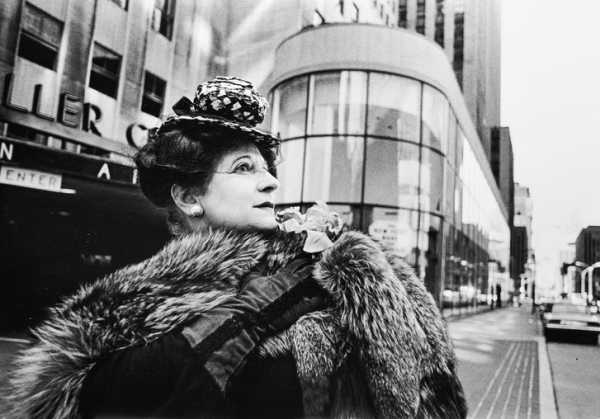 His enthusiasm defined him from the first. It permeates this, his posthumous memoir, “Fashion Climbing,” which covers the years Bill worked in fashion, before he picked up a camera. He published only one book during his lifetime, 1978’s “Facades,” which starred his old friend, the portraitist Editta Sherman, dressed in a number of period costumes Bill had collected over the years. He was not happy with the book, but he was a perfectionist and anti-archival in his way of thinking, so how could a book satisfy his need to move forward, always? “Fashion Climbing” is, in many ways, his most unusual project. Of course, at the end of his memoir, he uses his story to help point the way toward fashion’s future. 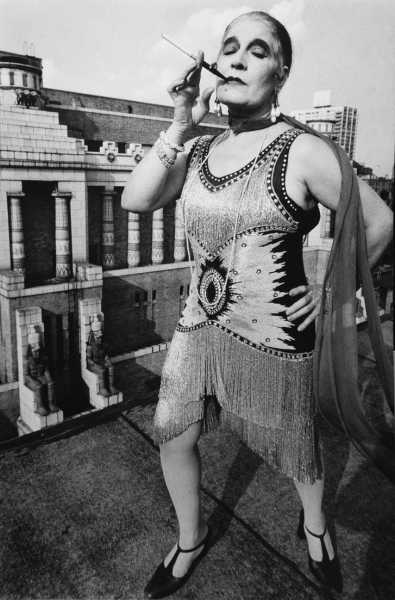 As a preternaturally cheerful person, Bill seemed not to ever feel alone—after all, he had himself. Born to a middle-class Irish Catholic family in Depression-era Massachusetts, Bill was raised just outside Boston; as a little boy, he loved fashion more than he longed for anything as unimaginative as social acceptance. He begins “Fashion Climbing” this way:

My first remembrance of fashion was the day my mother caught me
parading around our middle-class Catholic home. . . . There I was, four
years old, decked out in my sister’s prettiest dress. Women’s clothes
were always much more stimulating to my imagination. That summer day,
in 1933, as my back was pinned to the dining room wall, my eyes
spattering tears all over the pink organdy full-skirted dress, my
mother beat the hell out of me, and threatened every bone in my
uninhibited body if I wore girls’ clothes again. A familiar queer story: being attacked for one’s interest in being one’s self. Still, there is no rancor when Bill says: “My dear parents gathered all their Bostonian reserve and decided the best cure was to hide me from any artistic or fashionable life.” But this was not possible. He would be himself, despite the pain. After he found work, as a youth, in a high-end department store in Boston, there was no stopping him, really, and no turning back. After Boston came the move to Manhattan, where he lived for a time with more disappointed relatives, secured a job at Bonwit’s, and designed his first hats. The startling optimism of his outlook! In 1950, when he was twenty-one, he was inducted into the Army. “At first I was heartbroken at the thought of giving up all the years of hard work,” he writes, “but I never had a mind that dwelled on the bad. I always believed that good came from every situation.” He would love despite the cruelty he had been given. It’s like watching a movie—Bill post-Bonwit’s, working as a janitor in a town house in exchange for a room to show his hats. The other residents are straight out of Truman Capote’s “Breakfast at Tiffany’s,” and, still, despite the mayhem—there’s even a flood—Bill presses on, and presses against our hearts because of his acceptance of others while maintaining very strict standards for himself. 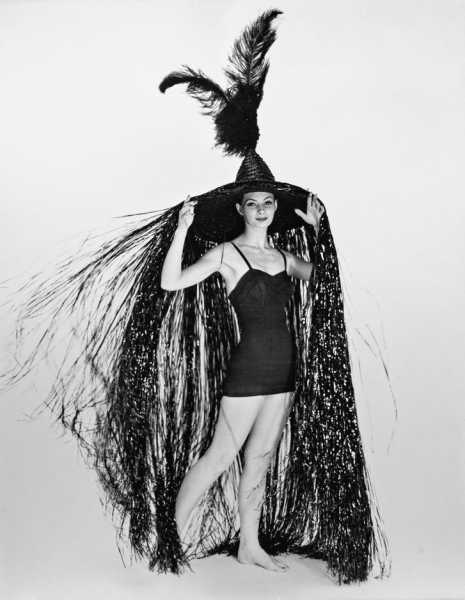 Living on a scoop or two of Ovaltine a day when things just weren’t happening financially, he fed on fashion and beauty; there was no shortage of it in all those glistening store windows, advertising so much that’s been forgotten. I don’t think it would be too much to compare Bill to the Catholic art collectors John and Dominique de Menil, who regarded their commitment to beauty and supporting artists as a spiritual practice, a form of attention that was a kind of loving discipline: you could love God through his creators and their creations. There’s a nearly unbearable moment in the 2010 documentary “Bill Cunningham New York,” when Bill is asked about his faith—his Catholicism. It’s the only time he turns away from the camera; his body folds in on itself. I turned away from the screen in that moment, just as, when Bill was the smiling recipient of the Council of Fashion Designers of America Media Award in Honor of Eugenia Sheppard, in 1993—he collected the award on his bicycle perch, of course—I turned away, too: How could such goodness be possible? In the world of fashion? Such tenderness—it would kill you, and Bill, if he didn’t have an essential toughness, too, a way of looking at fashion’s transformative value, its ability to make and remake the spirit, without being sentimental about it, any of it. 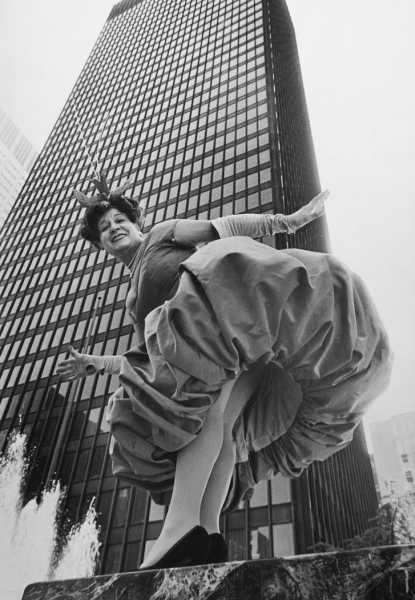 “Fashion Climbing” more or less closes with Bill’s realization that hats are going out of style, and that the originality he ultimately achieved as a milliner is to no end, because, by 1964, who wears a hat? “Constant change is the breath of fashion.” Bill proves, in “Fashion Climbing,” that having a fashion personality is distinct from being a person who’s interested in style, and that style grows out of the kind of self that turns the glass of fashion to the wall. (As the writer Kennedy Fraser observed, style is fashion’s “anarchic” cousin who refuses to play by the rules.) Toward the close of “Fashion Climbing,” Bill writes, “The wearing of clothes at the proper place and time is so important.” That’s because they tell a story—not only about the wearer, but also about her time. How dare one not pay attention to the world one lives in, a world filled with the gorgeous tragedy of what is happening now, never to be repeated. For the fashionable-minded (Bill never liked ladies in “borrowed dresses,” he said) and other followers of the herd, Bill offers a kind of prayer:

Let’s hope the fashion world never stops creating for those few who
stimulate the imaginations of creative designers, and on wearing their
flights of fancy, bring fashion into a living art. There’s only one
rule in fashion that you should remember, whether you’re a client or a
designer: when you feel you know everything, and have captured the
spirit of today’s fashion, that’s the very instant to stand everything
you have learned upside down and discover new ways in using the old
formulas for the spirit of today. 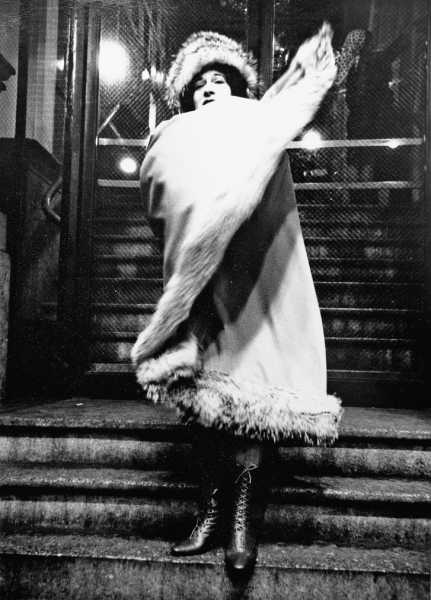 The light that lit Bill from within—his heart light—was that of a person who couldn’t believe his good fortune: he was alive. And I’m sure Bill knew that part of the privilege of life is our ability to have hope, that which is the backbone of all days. 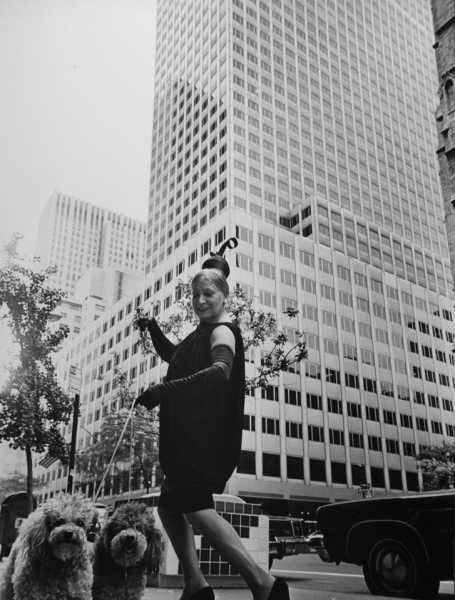 Munster go down to Racing – match in 60 secs

Reframing Modernism at the New MOMA |

How Tottenham striker Kane performed on his return from injury