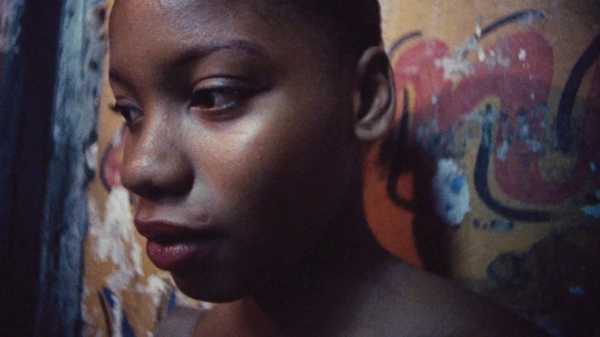 The documentary filmmaker Khalik Allah, whose new feature, “Black Mother,” opens on Friday, is one of the most original cinematographers of the time. The modern cinema is a photographic cinema, with its roots in the hands-on creation of personal and highly inflected images; Allah is also a notable still photographer, and he made “Black Mother” the same way that he makes stills. He filmed the movie alone in the company of his subjects, doing his own camera work (in a variety of film and video formats, in color and in black-and-white); for that matter, he also recorded the sound. But his photographic sensibility is only one element of his exemplary art. He also edited the film, and his complex sense of audiovisual composition—textural, tonal, thematic, rhythmic, philosophical—is as original and as personal as his cinematography.

“Black Mother” is, in its grand design, a film about the nation of Jamaica; that’s where Allah’s mother is from and where his maternal grandfather (who’s in the film) was a prominent clergyman. In exploring the country, encountering its people, discovering its landscapes, revealing its historical and spiritual overtones, Allah also questions his own consciousness and sense of identity. Moment by moment, “Black Mother” plunges the viewer into a universe that’s as much an individual creation, a reflection of subjective imagination, as it is a depiction of a place; it’s as much a tracing of the historical and political forces that converge in Jamaica as it is a passionate revelation of its residents and its ways of life.

In particular, “Black Mother” is a story of women in Jamaica, and of one young Jamaican woman whose pregnancy organizes the film practically and conceptually. (The film is structured loosely by her trimesters.) The physical presence of women—and the social role of men’s desire for women’s bodies—is a crucial aspect of Allah’s audiovisual journalism. He films female sex workers, whose male clients pursue them and negotiate with them, and records the women discussing their experiences at work, their struggles, their ordeals—while also showing men on the street confronting their own hard circumstances.

Allah unfolds difficult and conflict-riddled circumstances of Jamaican life—including economic inequality, environmental degradation, and political vulnerability—and intertwines them with the spiritual element of life in Jamaica. Early in the film, Allah says, “Jamaica has more churches per square mile than any other country in the world,” and his depiction of religious practice is among the movie’s central themes. Along with his discussions with his grandfather (and also the grand, poignant visual ballad of his grandfather’s funeral), the presence and activity of church life has a serene exaltation that suffuses the landscapes and the streets.

Yet Allah doesn’t hold the spiritual dimension of Jamaican life apart or above. He links it to discussions with historians and activists who cite the enduring impact of predatory British colonial practices, the effacement of citizens’ African heritage, the unacknowledged diversity of the black Jamaican population, and, for that matter, the colonial implications of the country’s Christianity and the possibly regressive emphasis on religion among citizens in need of immediate practical change. Allah’s view of education—of Jamaican parents raising children to learn the country’s history, to be aware of their own place in it and in the world at large, and of the implicit failure of public institutions to do the same—conveys a sense of purpose, a vision of what’s latent in the present that might help transform the future. (Similarly, there’s a geographical thread running through “Black Mother,” a view of the island’s fertility and agricultural plenty, which is in turn linked to discussion of the importation of processed foods and the related economic colonialism.)

Education, religion, nutrition, activism, and family life are centered on the child who is ultimately born to the woman seen throughout the film. Allah’s vision of the present time and of history is, above all, a constructive and idealistic view of the future. In a mere seventy-seven minutes, he offers, in subjective fragments, a comprehensive vision of the cycle of life, of death and birth, that’s both social and sanctified, intimate and public. His art is, above all, an art of portraiture; he films the people who he encounters largely head-on, looking at him as he looks at them, often in closeups of a tactile immediacy. Through his sense of light and shape, he lends his subjects a monumental, historic dimension, presenting their essential and inalienable dignity without shying away from their sufferings.

“Black Mother” is also implicitly a story of sex—of the desire from which motherhood results, of the ambiguous ambience of desire. (For instance, a scene of street venders at work in a teeming market leads to a male customer’s brazen flirtation with a woman selling her baked goods.) Sex work, consecrated marriage, family comfort, lusty prowling, shy attraction—Allah captures the social energy of sex, an atmosphere in which society is organized around physical drives, their varieties, their deformations, their abuses. The movie includes, throughout, recurring scenes of a woman, naked, standing in front of the camera, sometimes with a man there, often literally bearing fruit. It’s a defiant portrait, in which Allah seems to challenge viewers to consider desire at large without making any visual claim on this one woman.

As a viewer, I am often uneasy seeing actors’ or participants’ nude bodies onscreen—which, for most of the history of cinema, means seeing the bodies of women filmed by men. There are, doubtless, actors and actresses for whom the experience is liberating. For many more actresses, it has been an intrusive requirement of getting work in the industry, one that gives viewers more than they’re entitled to and takes from actors more than they should ever be asked to give—and more than is needed for artistic purposes.

The unease that I feel in the presence of the simple, frank, brief scenes of a woman’s nude body in “Black Mother” is, I believe, shared by Allah himself. In filming the sexual essence of the subject of his film, the biology of maternity and its social aspects, Allah seems to be posing a challenge to himself as much as to viewers. These images leap outside the immediate context of Jamaican society to confront the history of art. Greek statuary, nudes by Titian and Modigliani, the sensual representation and aesthetic sublimation of male desire, are here placed into the specific context of black people’s experiences, the Jamaican experience of colonialism, the heritage and reality of racism, and also the constructive and independent energies of black culture at large.The future of a society in transformation, he seems to say, is also a matter of self-transformation at the deepest level.

How worried should we be about artificial intelligence? I asked 17...

How Everlane Hacked Your Wardrobe |

Lucy McBath on How to Build a Safer Gun Culture |