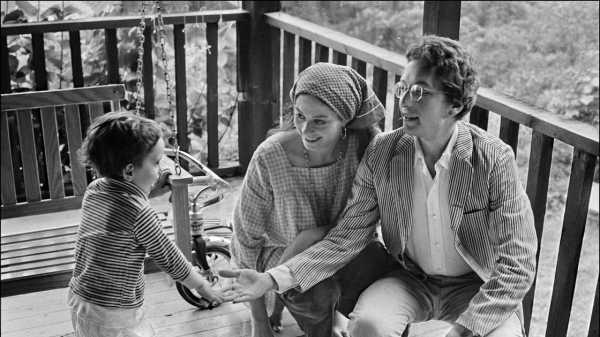 In September, 1974, Bob Dylan spent four days in the old Studio A, his favorite recording haunt in Manhattan, and emerged with the greatest, darkest album of his career. It is a ten-song study in romantic devastation, as beautiful as it is bleak, worthy of comparison with Schubert’s “Winterreise.” Yet the record in question—“Blood on the Tracks”—has never officially seen the light of day. The Columbia label released an album with that title in January, 1975, but Dylan had reworked five of the songs in last-minute sessions in Minnesota, resulting in a substantial change of tone. Mournfulness and wistfulness gave way to a feisty, festive air. According to Andy Gill and Kevin Odegard, the authors of the book “A Simple Twist of Fate: Bob Dylan and the Making of ‘Blood on the Tracks,’ ” from 2004, Dylan feared a commercial failure. The revised “Blood” sold extremely well, reaching the top of the Billboard album chart, and it ended talk of Dylan’s creative decline. It was not, however, the masterwork of melancholy that he created in Studio A.

For decades, the first “Blood” circulated on a bootleg called the New York Sessions. The compact disc that I picked up in a basement Greenwich Village store had a pleasant overlay of vinyl noise—the result of a transfer from a test pressing. Although several of the tracks have shown up in Columbia’s long-running Bootleg Series, the perennial absence of the full album has made fans wonder whether Dylan is wary of revisiting a turbulent time of his life, when his first marriage, to Sara Lownds, was dissolving. Dylan has denied that “Blood” is autobiographical; in his memoir, “Chronicles: Volume One,” he suggests that the songs were based on Chekhov. Artists tend to dislike personal readings of their most personal work.

Last month, Columbia issued “More Blood, More Tracks: The Bootleg Series, Vol. 14.” Available both as a single-disk compilation and as a six-CD “deluxe edition,” it is both more and less than what Dylan obsessives have been tiresomely clamoring for. The logical move would have been to include the entire album in its initial guise. Yet the single disk gives you only two of the test-pressing tracks, alongside some admittedly riveting outtakes. The box set has all of the discarded tracks, but they are scattered through a complete chronological survey of the four days of sessions—five and a half hours of Dylan at the height of his powers. You will have to study the track listings to assemble the original record. The elusiveness of “Blood on the Tracks” has been integral to its allure, and so it remains.

The Morgan Library, which owns the autograph manuscript of “Winterreise,” also possesses a five-inch-by-three-inch red spiral notebook in which Dylan wrote down lyrics for “Blood on the Tracks.” It cost him nineteen cents; presumably it cost the Morgan somewhat more. A hardback book included with Columbia’s “deluxe edition” reproduces forty pages of sketches. Some of them are sung more or less as written on both incarnations of the album:

He woke up, the room was bare
He could didn’t see her anywhere
He told himself he didn’t care,
pushed the window open wide
Then felt an emptiness inside
to which he just could not relate
Brought on by a Simple Twist of Fate

Other lyrics never saw the light of day, and are brutally confessional: “Doomed (led) by a heart that wanders astray / Trapped by a brain that I can’t throw away . . . Was it really 12 years ago, well, it seems like just the other day . . . And it’s Breaking me up with only myself to blame.”

Clichés about heartbreak feeding genius fail to explain the singular potency of “Blood on the Tracks.” The rawness of feeling is certainly there, but it is joined to meticulous craftsmanship in the working-out of words and music. The notebook shows constant, obsessive revision—a sort of perfectionism of disaster. “Idiot Wind,” the extended primal scream at the heart of the album, is seen in drafts so crowded with marginal additions that they are hardly legible. Often Dylan doesn’t cross things out, instead superimposing alternatives:

The priest wore black on the seventh day and waltzed around on a tilted floor
stepped all over me
After you (came down on me) you said you never saw my face before
did me in
done
(After you stepped all over my head, you said ya never wanted to see my face no more)
I BEG YOUR PARDON MADAM
(thru the circles round your eyes)
IDIOT WIND – BLOWIN EVERY TIME YOU MOVE YOUR JAW
FROM THE GRAND COOLIE DAM TO THE MARDI GRAS
(blowing thru the hot and dusty skies)

Such collisions of hallucinatory images and dour realism—the waltzing priest, the marital argument—are common in Dylan’s work, yet here the literary touches seem less an artful device than a form of extreme emphasis. What’s more, the writing process is open-ended: images are shuffled around through successive drafts and, later, through successive takes in the studio. That priest waltzes on a tilted floor; then he waltzes while a building burns; then he sits stone-faced. The wind blows from the Grand Coulee Dam to the Mardi Gras, then to the Capitol.

The music that Dylan wrote for these lyrics has a chilly, clammy air. His guitar is in open-E tuning, meaning that all six strings of the guitar are tuned to notes of the E-major triad: E, B, E, G#, B, E. As a result, the tonic chord rings rich and bright. But each verse begins with a jarring A-minor chord, which tends to land awkwardly. The middle note easily strays off center, souring the sound. Occasionally, a stray F-sharp bleeds through, adding a Romantic tinge. The unwieldiness of the progression is at one with the fraught atmosphere of the text.

The emotional violence is troubling. The word “idiot” is flung down twelve times. Some lines are openly assaultive: “One day you’ll be in the ditch, flies buzzing around your eyes, / Blood on your saddle.” Here, Dylan’s original approach makes a substantial difference. He made four complete takes in New York, plus several rehearsals and false starts. Each time, he has only a quiet bass guitar backing him. (A ghostly organ was later overdubbed.) The tempo is slow, the delivery subdued. All this is at odds with the song’s smoldering rage, and the contradiction gets resolved in the final chorus, where Dylan shifts from the second person to the first-person plural: “Idiot wind, blowing through the buttons of our coats / Blowing through the letters that we wrote . . . We’re idiots, babe, it’s a wonder we can even feed ourselves.”

Many Dylanists will disagree with me—the second “Blood” has eloquent defenders—but to my ears the later version, recorded with six pick-up musicians in Minnesota, cuts out much of the complexity. Mannerisms overtake the singer’s delivery. “Idiot” becomes “yidiot,” and a goofy pirate yowl periodically intrudes: “I woke up on the roadside, daydreaming about the way things sometimes aaahhhhhrrrre.” (When he does this on one of the New York takes, Tony Brown, the bass player, laughs out loud.) The admission of shared responsibility at the end doesn’t register: you’re carried away by the momentum of the band.

All through the New York sessions, you hear a persistent downward tug in the voice, a grimace of regret. Even the album’s livelier numbers, such as “You’re Gonna Make Me Lonesome When You Go,” can be wrenched into the abyss; on one take, the tempo drastically slows, giving an almost tragic tinge to a line like “I’ve only known careless love.” The potential downside is a tendency toward relentlessness: one piece after another in the key of E, spiralling through love and loss. The final album offers more variety. The Minnesota band gives a rollicking energy to the cinematic yarn of “Lily, Rosemary and the Jack of Hearts.” Arguably, that song suffers under the austere New York style, though I love it anyway.

Ultimately, the long-running debate over the competing incarnations of “Blood on the Tracks” misses the point of what makes this artist so infinitely interesting, at least for some of us. Jeff Slate, who wrote liner notes for “More Blood, More Tracks,” observes that Dylan’s work is always in flux. The process that is documented on these eighty-seven tracks is not one of looking for the “right” take; it’s the beginning of an endless sequence of variations, which are still unfolding on his Never-Ending Tour. In an article from 1999, I notated some of Dylan’s live revisions of “Simple Twist of Fate.” The “More Blood” book reproduces alternate lyrics that were written on stationery from the Hotel Drei Könige am Rhein, in Basel. Dylan is still at it. The other night, in Durham, North Carolina, he sang:

He woke up and she was gone
He didn’t see nothing but the dawn
Got out of bed and put his shoes back on
Then he pushed back the blinds
Found a note she left behind
What’d it say? It said you should have met me back in ‘58
We could have avoided this, ah, little simple twist of fate.

Lewis Hamilton and Mercedes back in business but has F1 2018...