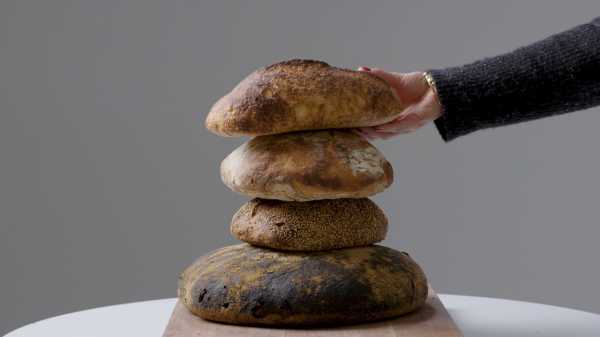 Bread enthusiasts discuss baking techniques and the ways that low-carb diets have vilified the starchy staple.

In the immeasurable history of people talking about food, has there ever been a single statement more raw and moving and real than Oprah Winfrey, sitting before a television camera, flinging her arms emphatically forward, narrowing her eyes with fevered intensity, and declaring, with a passionate roar, “I! Love! Bread!”

Winfrey’s warlike cry, the climactic moment of a 2016 commercial for Weight Watchers, the diet company of which she had recently become a co-owner and spokesperson, quickly became something of a punch line. But, like all jokes, it was funny because it had a jagged edge of truth. Everybody loves bread: virtually every culture on earth has a bread of some sort; the development of bread is considered a starting point for modern humanity; it is wildly and perfectly delicious in virtually all of its forms. “It’s fundamental to human existence,” as Ron Silva, the chef and owner of Bubby’s Tribeca, says in this video, the latest installment in our Annals of Obsession series. So why was the sight (and sound) of Winfrey issuing her passionate carbohydrate allegiance so jarring and strange?

Bread, beyond its existence as the alchemical marriage of flour, water, time, and heat, is a metaphor for life itself—it is the necessary element of existence, the need that must be addressed before any other concern. In the second century, the poet Juvenal scolded the citizens of the declining Roman empire’s opiate desires only for “bread and circuses”; nearly two thousand years later, in 1911, the union leader Rose Schneiderman launched a political movement by declaring that “the worker must have bread, but she must have roses, too.” (Somewhere between the two, chronologically if not exactly philosophically, was Marie Antoinette’s possibly apocryphal suggestion that the peasants, lacking bread, be plied with cake.)

But our relationship to bread has changed in America, in the past half century, as our food systems have changed. What once was the product of a field, a mill, and a hearth (or at least a local bakery) became anonymously mass-produced and wrapped in plastic—our wheat is different now, our flour is bleached and stripped. What once was a complex and foundational food became little more than a simple source of sugar, cheap and filling, virtually empty of nourishment. But the pendulum is swinging back—bread is trendy now, which, as trends go, is both beautiful and disarming, kind of like water being the hot new drink. Still, for all its dissonance, this bodes well: the rich, kneaded, crusty, tender staple is on its way back from Wonder Bread limbo, embraced by home bakers, restaurateurs, and science-minded hobbyists entranced by the mesmerizing intricacies of sourdough culture.

And here is where Winfrey’s defiant cry comes in: bread had become, over the years, not only lesser in its form but lesser in its value—not a joy but an enemy. Diets soared to fame on the avoidance of carbohydrates: Atkins, South Beach, paleo, keto, the voluntary eschewal of gluten. Winfrey’s shill for Weight Watchers is, like the others, still just a diet, and as such is rife with its own problems. But she sees, even through that lens of restriction, the fundamental truth and necessity of the staff of life. Why did we ever make jokes about Oprah saying she loves bread? We all know in our hearts that we should be joining in.

Can the US-China trade war be stopped? 11 experts weigh in.