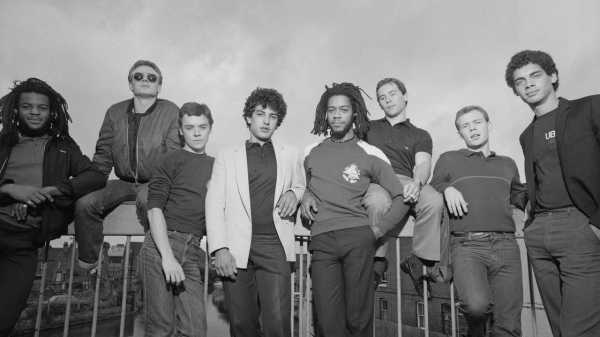 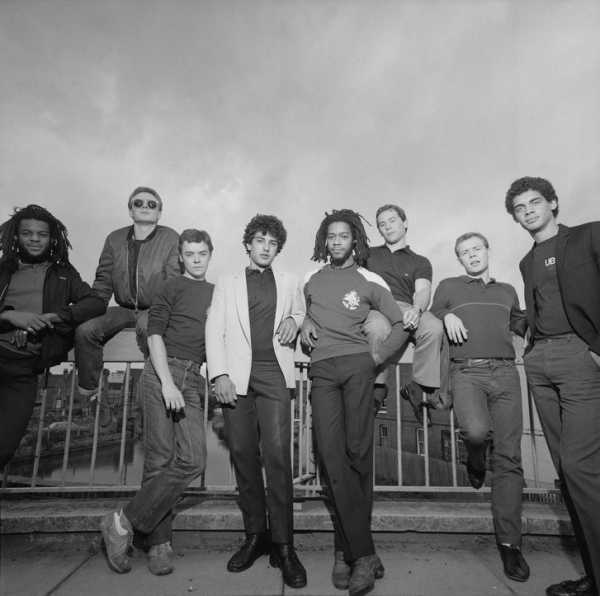 Those curious about Brett Kavanaugh have recently turned to the multiracial English band and its boozy heartbreak anthem “Red Red Wine” for clues about the Supreme Court nominee.

On a Wednesday night in the autumn of 1985, UB40 played a concert in New Haven, Connecticut. After the show, Brett Kavanaugh, an undergraduate at Yale at the time, retired to a local bar, beloved for its bargain pitchers, where he was later accused of chucking ice from his drink at another patron. His precise motivations remain unclear; it is possible that he errantly believed the other man was UB40’s singer, Ali Campbell. (The incident also raises another, even more compelling question: Does Brett Kavanaugh put ice in his beer?) As the nation attempts to ascertain what sorts of personality traits are desired or required in a Supreme Court Justice, it is tempting to trawl the anecdotes about Kavanaugh’s life for clues to his temperament—for any further indications of what sort of dude he is. The ice-tossing, I don’t know. UB40, though—that’s interesting.

The band was formed, in Birmingham, England, at the end of 1978, and is still most often characterized as a reggae group. Am I personally totally comfortable with that characterization? Not really! I believe most critics would agree that reggae is more than merely a one-drop rhythm, but, nonetheless, there is institutional affirmation: UB40 has been nominated for the Grammy Award for Best Reggae Album four times. The band was multiracial and took its name from the government form for claiming unemployment benefits. It released its first full-length LP, “Signing Off,” in 1980.

Campbell has since said that it wasn’t him at the bar that night. (In interviews prior to the release of the police report from that evening, Campbell called America ”the most segregated country in the world, and the most racist country in the world,” and observed that American kids, perhaps under the sway of hip-hop, “all wear hoodies and they all fight each other.”) In the same piece, Campbell described reggae as “good-time music, so, if you are out drinking, it is the place to start,” which might sound odd to anyone familiar with reggae’s deep political and religious roots, or even with UB40’s early records, which voiced very pointed concerns about Margaret Thatcher’s conservative policies, the rise of the National Front in the U.K., and his country’s pervasive, destructive joblessness. The band’s first single—which, notably, was the first single to reach the U.K. top ten without the support of a major record label—consists of two A-sides: “King,” about the legacy of Martin Luther King, Jr. (“King, where are your people now? / Chained and pacified / Tried in vain to show them how / And for that you died”), and “Food for Thought,” a fairly gruesome indictment of the hypocrisy of Christmas celebrations, in which rich Christians ignore their charitable obligations and let their countrymen go on suffering (“Politicians argue, sharpening their knives / Drawing up their bargains, trading baby lives”). In a particularly bold move, the band also covered “Strange Fruit,” a song about lynching that was made famous by Billie Holiday, in 1939—a performance so definitive and breathtaking it is hard to imagine the gall required to try to match it.

By the early nineteen-eighties, UB40 had more commercial aspirations. In 1983, it released “Labour of Love,” a collection of covers, including a reggae-esque take on “Red Red Wine,” which was originally a hit for Neil Diamond, in 1968. UB40’s version is significantly less desperate than Diamond’s, which figures alcohol as a useful road to self-annihilation in the face of heartbreak: “Don’t let me be in love,” he begs in the chorus. Perhaps to mitigate that sorrow, Astro, UB40’s trumpet player and second vocalist, added a verse—a “toast,” to borrow a bit of reggae parlance—in which he reiterates wine’s many delights (“Red red wine you make feel so fine / You keep me rocking all of the time / Red red wine you make me feel so grand / I feel a million dollar when you’re in my hand”).

“Red Red Wine” was a huge hit for the band—it eventually reached the top of both the Billboard Hot 100 and the U.K. singles chart. The curious and enduring popularity of reggae (and reggae-influenced acts) among white American undergraduates has long been something of a head-scratcher. Back in 2005, the Onion deftly spoofed the affiliation, offering up a quote of support from a freshly resurrected Bob Marley: “I appeared to I fraternity brothers to tell them be strong . . . I want them to see that many people may not hear the cries of the oppressively rich white children, but Bob Marley hear them.” Even now, the connection endures—it is difficult to even imagine a fraternity house without a curling Bob Marley poster Scotch Taped to a wall.

It also seems safe to assume that it was “Red Red Wine,” and not “Strange Fruit,” that brought Kavanaugh to the Palace Theatre that September. Kavanaugh, per his own repeated admission, appreciates the palliative effects of a cold drink. Perhaps the song’s lyrics now speak to what booze has wrought for him:

Murray admits daughter was underwhelmed by his Queen’s success