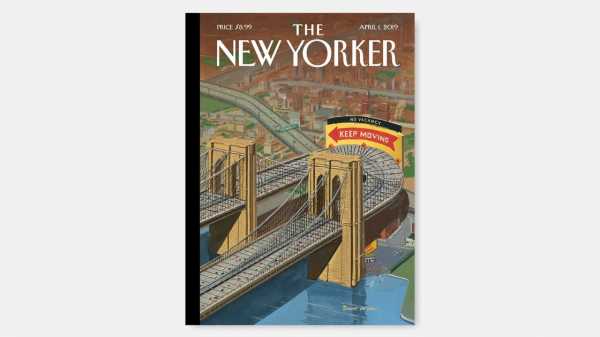 Bruce McCall is a rare bird—both an artist who has done more than seventy-five covers for the magazine and a spry, widely admired writer of comedy. McCall began contributing to The New Yorker in 1980, after stints as a writer on “Saturday Night Live” and as an ad man for Chevrolet, and in this week’s cover he returns to the two thematic pillars of his work: cars and the city. We recently asked him a few questions about the image.

This image gets at the recent transformations of Brooklyn and other boroughs. What’s your favorite neighborhood?

My favorite part of Brooklyn was Brooklyn Heights until my daughter, Amanda, moved to Williamsburg. But she recently moved again, to Park Slope, where there are more—and friendlier—squirrels.

So much of your work has featured the car, especially in a retro-futuristic mode. What are your thoughts about the self-driving car finally being on the horizon? 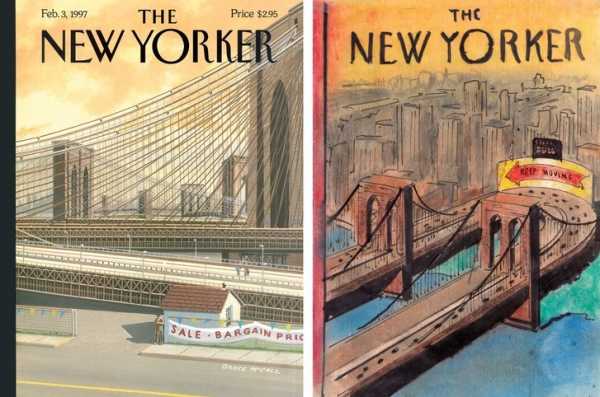 Multiple Brooklyn Bridges for sale, in a 1997 cover; an early sketch for “Brooklyn or Bust.”

I believe self-driving cars will kill teen-agers’ interest in cars and trigger a collapse of car racing, saving thousands of lives but ruining the fun for millions of Americans. We’ll have to go to Germany and thunder on the Autobahns for thrills. Without the Autobahn network, driving in Germany would be just like driving in New Jersey.

You never take the subway, but is there a mode of transportation that you think would be ideal for New York City?

In the future? Sure—electric toboggans, running on the roofs of cars. Soon, cars will be packed together in total gridlock. By then, all car roofs will be the same height, so the toboggans will offer a perfectly smooth ride.

McCall’s painting for an Innovation Issue cover, from 2007.

You used to be an ad man. Is there a recent invention you’d be happy to sell? How would you go about it?

I’m out of the ad biz and have no desire to repeat the crime by selling anything to anybody, ever again.

See below for some of McCall’s previous covers on getting around in New York City: 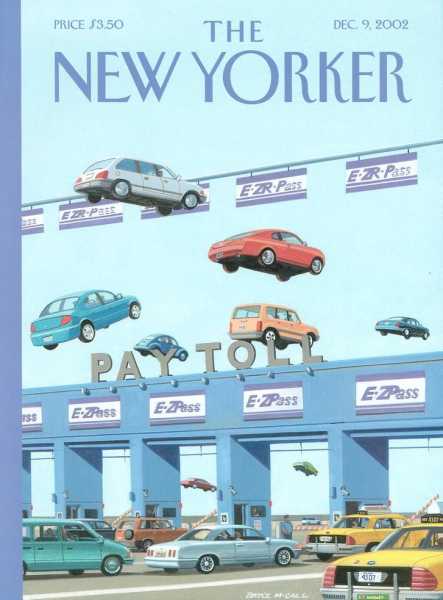 “To Grandmother’s House We Go” 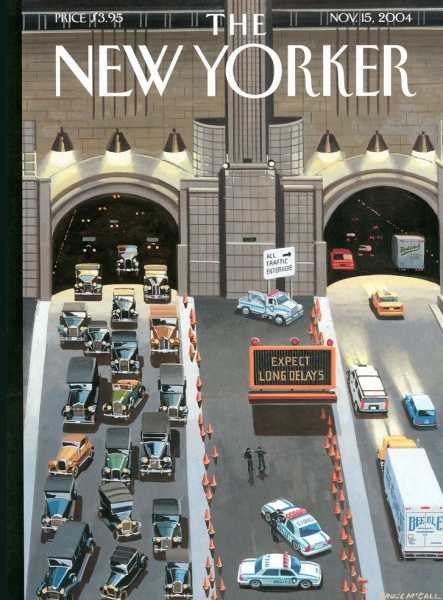 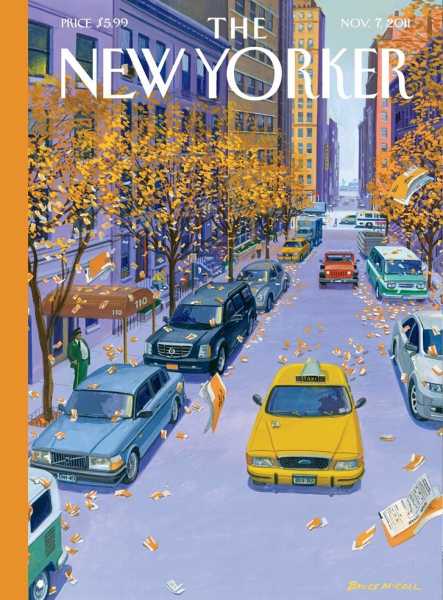