Home Culture Can “The Crown” Make Us Crush on Prince Charles? | 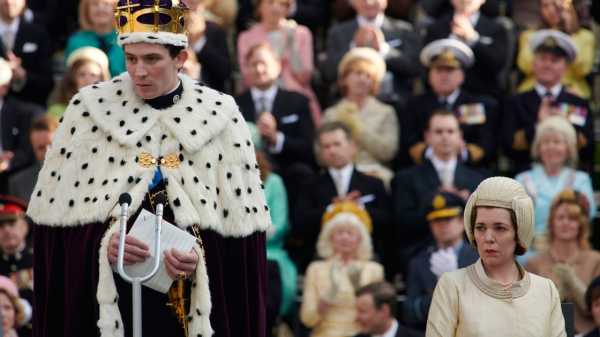 Let’s be honest: Prince Charles, the British monarch-in-waiting, is not anyone’s favorite royal. Polls of the British public confirm this. Americans primarily know the Duke of Cornwall, if they know him at all, as either William and Harry’s stiff-looking dad or the stiff-looking guy who cheated on Princess Diana. If they have a further data point, it might involve his eccentric pet projects, such as building a model feudal village, called Poundbury, on his inherited estate. Or an unfortunate scandal in which he was recorded telling his then lover, Camilla Parker-Bowles, that he’d like to be her tampon. (The episode is sometimes referred to as Tampongate.)

But Brexit turmoil, and the Royal Family’s recent travails involving Prince Andrew—Charles’s brother, who stepped down from public duties following a disastrous interview with BBC’s “Newsnight” about his friendship with the sex offender Jeffrey Epstein—have lead to calls for Charles to start acting less like a graying prince and more like a king. Americans might find themselves feeling wistful. As with George W. Bush, the Donald Trump Presidency has a way of making formerly unloved public figures seem a lot more appealing. Charles’s relationship with Camilla, now the Duchess of Cornwall, looks fairly tame alongside, say, the Stormy Daniels saga. And at least one of Charles’s eccentric hobbies—fighting climate change—is looking more reasonable by the minute. Imagine having a head-of-state-in-waiting who, instead of tweeting about the “Impeachment Hoax,” regularly says things like “If we wish to maintain our civilization, then we must look after the Earth.” It makes you want to weep.

Another reason to warm up to Prince Charles: “The Crown,” on Netflix. Season 3, which premièred the week before last, features a whole new cast. And Charles has officially replaced Philip as the historically reënacted heartthrob royal of the moment. In Netflix’s version, Charles, played by the extremely good-looking British actor Josh O’Connor, is no longer drearily middle-aged—his seeming spirit age—but young and vulnerable, with an incipient charisma that’s about to be snuffed out by the soul-crushing demands of monarchy. Episode 6, in which he first appears, culminates in a heartbreaking exchange with the Queen, played by Olivia Colman, whom Charles tells, hopefully, “Mummy, I have a voice.” She responds, “Let me let you into a secret: no one wants to hear it.”

O’Connor was in town recently and, between radio interviews and morning-show appearances, he stopped by the Russian Tea Room, the kitschy show-business shrine on 57th Street. The restaurant’s “Royal Afternoon Tea,” which includes champagne and paddlefish caviar, for a hundred and fifteen dollars a head, was meant to approximate the pageantry of the show. (Charles is shown at his investiture ceremony, for instance, wearing a gold coronet and ermine cape.) O’Connor arrived wearing high-waisted pants and a short jacket by Paul Smith. (He’s started appearing in fashion campaigns.) It was after 4:30 P.M., and the restaurant was fairly empty. He took a brief, self-guided tour of its Fabergé-style egg collection. “I was just talking about eggs,” he said. Prince Charles reportedly eats a boiled egg with every meal. O’Connor took an elevator to the second-floor lounge, which features a big, translucent bear with goldfish swimming in it. “Poor loves,” he said, looking sympathetically at the little fish.

It’s true that O’Connor has the Prince of Wales’s prominent ears. But the most convincing thing about his portrayal is the way that he channels Charles’s awkwardness. He was able to conjure that, he said, by researching the young Prince of Wales’s social life. Charles’s best buddy during his teen-age years was his great-uncle, Lord Mountbatten, who was in his sixties. “I remember thinking his social circle growing up would have included a lot of old people,” O’Connor said. There were a few physical traits to master. O’Connor ran through them. “Right. So, Charles stoops over,” he said, craning his head forward. “His hands are always in his front pockets, like this, and his neck comes out, like that. So that’s three things. And, if you look at any footage of Charles getting out of a car, he always does this thing.” Putting a hand to his wrist, he performed a little ritual. “He feels the cufflink, feels the other cufflink, checks his pocket square, and waves.”

Despite the price tag, the Russian Tea Room isn’t Buckingham Palace. After a few minutes, a waiter plunked down tea in tea bags, and a tiered tray of what looked like miniature pastries from C-Town: scones, red-velvet cupcakes. O’Connor smiled eagerly, picking up a stiff blini. “These are blinis, are they? I’ve never had a blini in my entire life.” He’d never tried caviar, either. The verdict: “I can’t taste anything.” O’Connor grew up in Gloucestershire, where his mother is a midwife and his father taught secondary-school English. The family has an artsy streak, which comes from his grandparents’ generation. His grandfather, the sculptor John Bunting, spent much of his life as a semi-hermit, building a war-memorial chapel in rural Yorkshire. O’Connor’s aunt, the journalist Madeleine Bunting, has written a book about his grandfather’s project, called “The Plot.” “I think it would make a really good film,” O’Connor said. He’s especially close to his grandmother, the ceramicist Romola Jane. “She’s my best friend,” he said. Thinking about her, he added, “I can smell my grandmother’s studio, and see the colors of clay being molded into figures.” Like Charles, an amateur watercolorist, O’Connor moonlights as a visual artist, drawing with a ballpoint pen during downtime on set. He posts the results on Instagram. “It’s quite a nice distraction,” he said.

Before playing Prince Charles, O’Connor’s feelings about the Royal Family were in keeping with those of much of his generation: “It was just, like, who cares?” But his grandmother loves the monarchy. “It reminds her of her childhood,” he said. “You’ve got to remember that my grandmother will have lived through the Second World War.” Her life has been marked by moments in the Queen’s reign: her marriage, her Jubilees. Every year, his grandmother would gather the family for a viewing of the Queen’s Christmas message. “We’ll sit round, and she’ll be, like, ‘Oh, isn’t she wonderful?’ ” O’Connor said. “I guess, for that whole generation, Prime Ministers have come and gone, and they’ve had Queen Elizabeth as their continuity.”

She’s the continuity in Charles’s life, too. “The Crown” makes an effort to dramatize the Prince of Wales’s defining predicament—as O’Connor put it, “the idea that he’s waiting for his mother to die so that his life can really begin.” But it also depicts Charles, touchingly, as a kind of motherless child. “He has to share his mother with an entire nation of people,” O’Connor said. This sheds some light on his relationship with Camilla Shand, who appears in Episode 8. “She sort of plays a mother role,” O’Connor said. “She would compliment him and laugh at him and support him.”

I went back to the Tampongate transcript and found that it does have that dynamic. When the sexy talk subsides, Camilla is engaged in an almost maternal stroking of her lover’s ego. She asks for a copy of a speech that Charles has written, tells him that she’s proud of him, and says he has an “awfully good brain.” He attempts to return the compliment:

CHARLES: Yes, you have. . . . Your great achievement is to love me.

CAMILLA: Oh, darling. Easier than falling off a chair.

It’s kind of sweet. But, naturally, the tampon talk loomed larger, and the over-all legacy of the transcript was to reinforce an aura that always seems to cling to Charles. O’Connor summarized: “There is a perception that he’s weird.” Much of this probably stems from the Prince’s relationship with the South African mystic Laurens van der Post, who turned him on to esoteric pursuits ranging from Jungian analysis to vegetarianism. But it goes deeper. O’Connor ticked through the Charles-as-weirdo trivia that comes up in conversation: the Prince doesn’t eat lunch; he gets his shoelaces ironed every day; he has staff pull the slugs off his garden plants. He added, “There’s a rumor that he takes the toilet seat everywhere with him.”

What makes a person weird? Perhaps our determination to see Charles this way says less about the Prince of Wales than it does about our own feelings about him—and the fact that, although they have warmed, our affection has its limits. O’Connor recalled, “I did a Q. & A. at the B.F.I.—British Film Institute—a few months ago. This person put their hand up and asked, ‘Will we be seeing any sex scenes with Prince Charles?’ ” The questioner seemed preëmptively offended, as if, for all our prying into royal sex lives, to actually depict the thing would be a bridge too far. “At first, I thought it was a weird question,” O’Connor said. “But, ultimately, I get it.” The objection was about aesthetics, not manners. “He’s, like, the father of a nation. I don’t want to see anything with Prince Charles having sex.”

Injured Robbie Henshaw out of the Six Nations