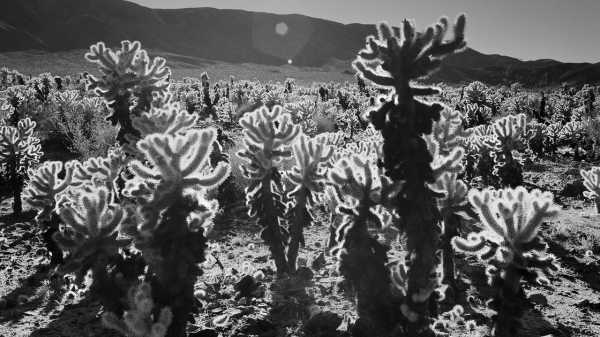 “Case Closed,” a new true-crime podcast from Macmillan Books, has what is, for its genre, a provocative premise—it promises answers. “There’s a lot of true crime out there, but it seems like the most interesting cases go unsolved,” the host, Charlie Spicer, says pleasantly in the first episode. “You invest your time in someone’s story only to walk away frustrated when you hit a dead end—and the killer is still out there.” At this, listeners might think of “Serial,” or of many subsequent popular whodunits that end with philosophizing and a poetic “hmm.” “Case Closed” isn’t attempting to solve a case—it’s presenting a case that was once a mystery and now isn’t. The podcast, Spicer continues, is about “the times the bad guy didn’t get away with it.” The best of the unsolved-crime podcasts are so artful that they overcome the narrative hole at their centers; theoretically, “Case Closed” could improve upon that formula.

The show’s first season, which concludes next week, is based on the book “Secrets of a Marine’s Wife,” by Shanna Hogan, which came out in February. It tells the story of Erin Corwin, a nineteen-year-old woman who was found murdered, in 2014, after she went missing from Joshua Tree National Park, in California. Books and podcasts are mediums that should, ostensibly, complement each other. Audiobooks are thriving. Several best-selling authors have started podcasts based on or inspired by their books, which, of course, also promote them. Macmillan has several book-based podcasts, and a serialized true-crime podcast like “Case Closed” seems like a smart venture for a publishing company—a gimme, even.

The twist? It’s startlingly dull. “Case Closed,” though produced by apparent masters of true crime, squanders the opportunities of audio storytelling. Its first mistake, but not its greatest, is making the series feel like an ad. In Episode 1, we learn that Spicer has been an editor at Macmillan for thirty-three years, and we hear colleagues vouching for him, infomercial style. “Charlie really has a great instinct for finding these true-crime stories that really capture people’s attention and don’t let go,” a young woman says. A man adds, “We do look upon him as an authority not only within the company but also within the industry in terms of true crime.” This only heightens the awkwardness of how tepid the series is.

The podcast begins with some scene-setting. Before her disappearance in Joshua Tree, Corwin had lived nearby, on a Marine base, with her husband. “On the last day of her life, Erin Corwin woke around dawn,” Spicer says. “She got ready quietly, careful not to disturb her sleeping husband, Jon.” Then she drove off in a blue Corolla, never to be seen again. Spicer has the amiable, unhurried manner of a less gung-ho Rick Steves. “How did she go from being a sheltered teen from a small town to a Marine wife with so many secrets?” he asks, placidly. “And how did she meet such an untimely end?”

As Spicer reads from a text, in flat and friendly tones, we learn that Corwin was adopted as a baby by the Heavilin family, of Oak Ridge, Tennessee; that she loved animals; that she was homeschooled, sheltered, and naïve. She fell in love with Jon Corwin, who liked to hunt and bottled up his emotions. Jon joined the Marines, and they got married. As the episodes unfold, we hear the story of Erin settling into life on the military base, struggling to adjust to marriage and new friendships, getting to know a couple named Chris and Nicole Lee, trouble brewing, an affair. Spicer’s dutiful narration is supplemented by musings from Hogan, the author, who serves as a kind of sub-narrator. Hogan isn’t reading—instead, she sounds like she’s thinking aloud, and in a mode that might make an editor say, “Show, don’t tell.” She says things like “While Erin was into animals and peaceful, happy things, Jon had kind of a tough, rebellious streak” and “A lot of the people that got to know Chris and Nicole ended up not liking them.” Her tone of voice indicates that she’s talking to an interviewer, or gossiping, not talking to an audience. (I kept imagining her facing away from us.) Having two narrators mediate Corwin’s story dampens its emotional force rather than providing the intimacy for which podcasts are famous.

Strangely, additional voices don’t help. We hear clips of interviews with people connected to the story—a convention which, in successful podcasts, adds richness and texture. But Hogan seems to have interviewed her subjects over the phone—the sound quality is that of a hostage-negotiation tape—and they’re not edited with care. The effect is like eavesdropping on strangers. “I would never knock someone on their parenting,” a neighbor on the Marine base says, as she begins an anecdote about the Lees being inattentive parents. We suspect that much of the detail is gratuitous; we don’t have faith that we’ll need it all. (Once the story is over, this proves true: we didn’t need to know that Nicole Lee was “selfish” and couldn’t stand not living near a Starbucks.) And Corwin’s story isn’t quite a mystery—it’s a tragedy, doled out bit by bit, illuminating little about human nature and making you feel bad for listening to it. Subtle strains of guitar at the end only mollify so much.

A second season of “Case Closed,” currently available on Stitcher Premium and in wide release later this year, seems to be cutting its losses. Based on the book “Crazy for You” by Michael Fleeman, about the murder of Rusty Sneiderman, a father and husband from Atlanta, it feels like a retreat from the podcast form, a half-step back toward audiobooks—and it’s more successful. Spicer returns (“Think of me as your true-crime guide throughout this series”), with more testimonials from co-workers (!), but the author is absent, and most of the narrative work is done by Gary Tiedemann, an audiobook narrator. Supplemental voices are absent, too—no gossip, no unscripted attempts at familiarity. Though agonizingly long, the Sneiderman season is mature and professional, of an undistractingly consistent quality, like an audiobook jazzed up with the occasional ding-dong of a doorbell. Spicer intervenes periodically to say hello and direct your attention to this or that—and, I suspect, to remind you that you’re listening to a podcast.

I entered the “Case Closed” experience hoping to encounter narrative satisfaction; instead, I became flummoxed, and started to wonder why we consume true crime in the first place. But then I listened to the current season of “Unsolved,” a riveting podcast from the Milwaukee Journal Sentinel, which was cross-promoted in “Case Closed” ’s feed, and it all came back to me. The season, reported, written, and produced by Gina Barton, is about a cold case from 1998—the grisly murder of a Catholic priest in Wisconsin. Suddenly, the true-crime-podcast genre made intuitive sense again—the big questions, the intriguing characters, the skillful use of special audio. (The murdered priest, conveniently, had a radio show.) To what extent does the comparative success of “Unsolved” have to do with its sophistication as a podcast, and to what extent is it the urgency of an unsolved case? That’s a mystery we have yet to solve.

India, Pakistan Back US Middle East Peace Plan For Resolution of...

“The Burial of Kojo,” Reviewed: A Boldly Lyrical Portrait of a...