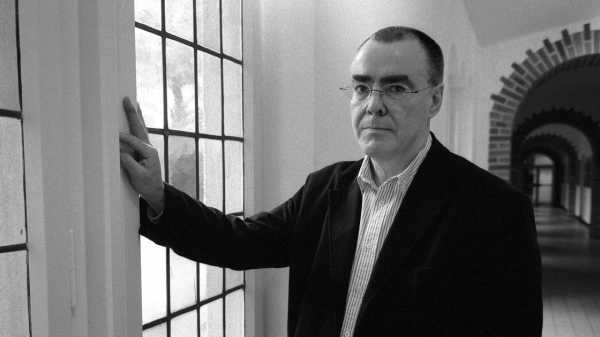 The news of the death of the poet Ciaran Carson seems all the more sorrowful because it was not unexpected. After a diagnosis of terminal lung cancer, last spring, he knew that he was dying, and, thus, those who knew him did, too—but can one ever prepare?

If anything, death focussed Carson, bringing a burst of poems that seemed to know that they were his last—and, also, knew how to last. The ones I’ve seen (the magazine recently published two of them) looked not so much at the inevitable as at the surprises along the way. These final poems, which riff off of other works of art, will appear in a book, “Still Life,” from Ireland’s revered The Gallery Press, later this month. Finished in a season, the poems will be released in another, which Carson will not see the end of. He was seventy years old.

I’ve known Carson’s work since his groundbreaking “Belfast Confetti,” which was published in 1989. I still have the Gallery Press edition. I was in London after graduating from college, having used some prize money to travel, and was struck by the active poetry readership there—poems were in the newspapers and in the air, and they guided me to Carson’s work. His poems were wild and all their own, though they wrestled with the rich Irish legacy of poets—he was part of the Belfast Group—and with the Troubles still echoing. Carson saw the violence in terms of language:

Suddenly as the riot squad moved in it was raining exclamation marks,
Nuts, bolts, nails, car-keys. A fount of broken type. And the explosion
Itself—an asterisk on the map.

In a short statement, his longtime publisher, Peter Fallon, said that it was “not an exaggeration to compare his mapping of Belfast with Joyce’s of Dublin.”

I continued to read Carson here and there, and when I became a curator of literary collections at Emory University, more than a decade ago, which entailed, among other things, overseeing the deep Irish collections there, I returned to fully to his work. He had been prolific in between, translating the Inferno, translating work from the Irish—his first language—and writing the looser, unpunctuated, punchy lines collected in “On the Night Watch,” from 2010. That book seemed to mark a change, an erasing of form to invoke not so much speech as an inner dialogue with poetry—and consciousness itself.

I also finally met him, on a street in St. Andrews, I think it was, where we’d been brought for a book festival. He had been bearded when I first read him; now he was clean-shaven and natty, and, as we passed on the street, I recognized him only as I went by. Ten paces later, he shouted, “Are you Kevin Young?” We spoke a few minutes, mostly of curatorial matters, then went our own ways. I must say that, in those years of heading the Irish collections at Emory, it helped to be Irish at least in name.

But it also helped to be a poet, to understand the poet’s whims and wishes—and to be able to occasionally enjoy a pint. More important, I had studied with Seamus Heaney, and felt the connection that Irish poets and black poets often feel, sharing an experience of fighting for freedom in a nation called their own, and writing in an English that they’ve made their own.

Later, Carson and I would read together, sharing stages and backstages, which can be oddly bonding. We read at the Seamus Heaney HomePlace, where Carson also played traditional Irish music, a passion of his. I was able to help usher additional papers belonging to Carson into the collections, including some unpublished work that he possessed by Raymond Carver, whom he had known before Carver’s own untimely death.

Death always feels untimely. To write at all is to write against that feeling of impending loss, but poetry more than most any other medium mediates the experience of death—not just through the urgency of elegy but through contemplations of mortality that are too often pushed aside in a clickbait culture that mostly misunderstands what “urgent” means. Death is part of life—the paradox felt in our bones but also in the best of our lines, which are, in some deep sense, written under a sentence of death.

Often a poet’s last poems appear to be aware of this paradox. Sometimes that’s accidental, the elegiac being a favored mode of poets. In Carson’s case, this lastness was literal—given a short time to live he emerged with poems reconsidering art and life, determined but not deterministic, not falsely hopeful but fully in the moment. Their long lines suggest full breath and heartbeat, finding and filling in as much to say as is necessary or possible, getting it all in before the end of the line, emerging less tragic than triumphant.

Right now, as I write this in the disappearing dark, my son is cracking his knuckles, awake in the dawn—a habit I hate but that today seems like life itself, or its sound. In short, poetry.

I know the words are the hope, but I hope there are more than words.

Trump called Tim Cook “Tim Apple,” and the joke is on...

Nigel Benn ready to announce comeback fight at age of 55