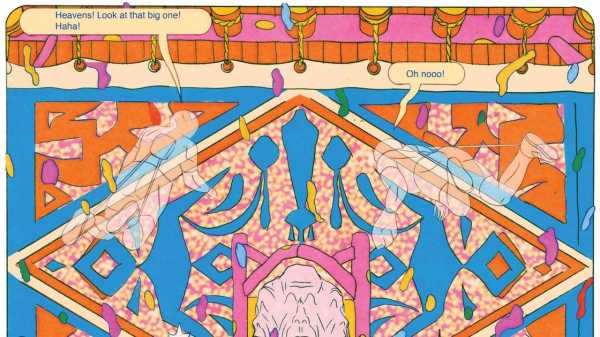 The Berlin-based cartoonist Olivier Schrauwen’s new book, “Parallel Lives,” which will be published in December, is a dazzling and disorienting collection of four short stories detailing the author’s interactions with the future. Schrauwen artfully weaves himself into and out of the narratives, which feature a non-binary singer whose inner thoughts are hacked and who is plagued by a jealous troll, an eerie sexual encounter with an alien, and a man (a possible relative of the author’s) who makes futile efforts to connect with the uninterested inhabitants of a distant time.

These matter-of-fact retellings require a suspension of disbelief, which is made easier by the author’s earnest, guileless voice. “Parallel Lives” begins in the present day, or perhaps even in the recent past, with Schrauwen’s account of his abduction by aliens. The crude black-and-white style of the first story belies what blossoms by the last—a neon-colored future that is robust, puzzling, and convincing. That final story, about two human “experiencers” who travel to Earth to collect and transmit details of life back to their mothership, is drawn in richly textured spreads reminiscent of Winsor McCay. Details hint at the idea that the book itself is an artifact, either from or for the future, and there’s a suggestion of contact with another dimension. By the final page, it’s the reader who has been abducted, by the cartoonist, captivated by witnessing time and space made malleable in Schrauwen’s hands.

In the excerpt below, Olivier (the author’s namesake), a human who was recently revived after being cryogenically frozen for two hundred years, lands back on Earth with his partner, Bo. 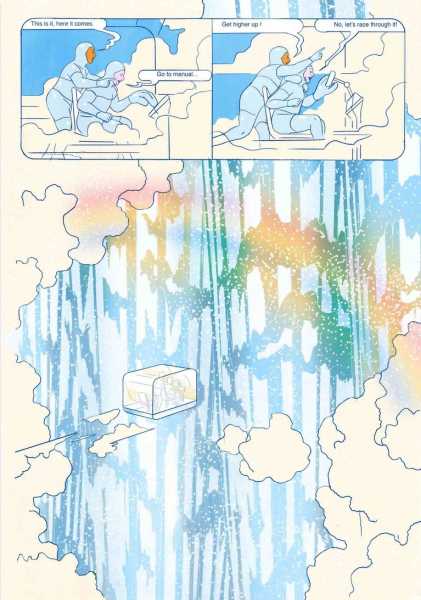 Iran’s Navy to Continue its Activities in Persian Gulf Regardless of...