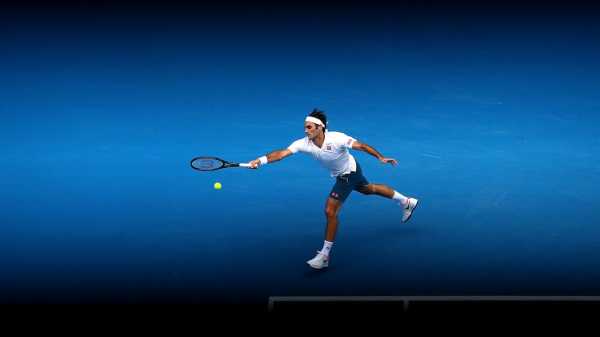 Breaking down the evolution of a tennis fundamental, and the ways that stars like Roger Federer, Rafael Nadal, and Madison Keys make the move their own.

One of the best days on the tennis calendar is also one of the least heralded: the first day of the qualifying tournament for the U.S. Open. The grounds of the National Tennis Center are empty, even though the event is open and free to the public, and the courts are filled—both with players involved in high-intensity, and often high-quality, battles for spots in the main draw, and with top players, such as Roger Federer and Rafael Nadal, who have come to Flushing early, acclimating to the hot, gritty weather of New York City and getting a feel for the weight of the ball and the speed of the surface. This year, I wandered from court to court, listening to the metronomic thwock-thwock as the players practiced. I was drawn, as usual, to their forehands. A dozen feet away from where I stood, Alexander Zverev bounced a racquet in frustration after flinging a forehand into the net. From the second row of Grandstand, I watched Elina Svitolina rip a few forehands at her boyfriend, Gael Monfils (and then watched the pair huddle together over a phone). Then I sat in the upper reaches of Armstrong and watched Stan Wawrinka bully forehands with Borna Ćorić.

I have a weakness for forehands. A strange thing to say, perhaps—the equivalent of a basketball fan confessing to a predilection for jump shots. After the first serve—which gives a player a definite advantage at the start of a point—the forehand is the basis of the modern baseliner’s game. There are, of course, players who are stronger on the backhand side, and there are those vanishing few who look to win at net. But, for most players, forehands write their checks.

What makes the move special to me is how distinctive each one is. Roger Federer’s forehand looks nothing like Rafael Nadal’s; Madison Keys’s easy power has a different quality than that of Bianca Andreescu’s brilliant shot. Much of this has to do with the different grips that players use. Before changes in racquet and string technology, players held the handle of a racquet as if they were shaking a hand. Now, in order to produce extreme topspin and power, some players have their palms tucked so far under that their wrists almost seem contorted. (Most players these days are somewhere in between.) Those grips change the path of a racquet—there are lassos, windshield wipers, whips—and the arc of a shot. But these common analogies don’t do a good forehand justice. As I wandered around the grounds, it occured to me that each player’s forehand has the unique quality of a singing voice. The video above offers a closer look at some of the best (or most unique) forehands in tennis, and breaks down the characteristics that make this fundamental move so worth watching.

A look at how Ben Stokes fared on his England comeback