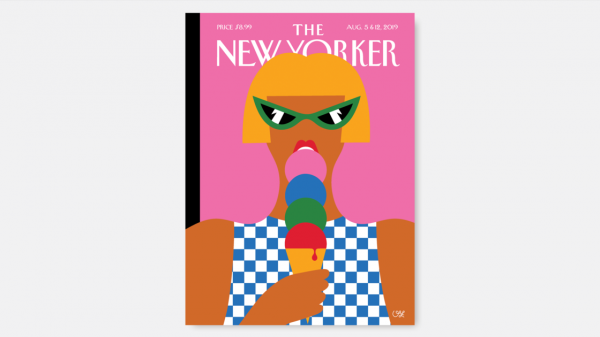 In her second cover for the magazine, Olimpia Zagnoli presents a pastel portrait of summer—and of a technique some people use to beat the heat. We recently talked to Zagnoli, who lives in Milan, about her thoughts on the season.

You were born and raised in Italy. Do you prefer ice cream or gelato?

Gelato! (I had to Google the difference between gelato and ice cream. I had no idea anything else existed.)

Three of Zagnoli’s collages from summers past.

When I’m in Italy, my favorite flavors are licorice, After Eight [chocolate mint], and stracciatella, a disgrace for most serious gelato lovers. When I’m in New York, it’s cookies and cream.

How have you been handling the heat wave in Europe?

Milan is hot. The asphalt is soft, and people write their names in it. The streets are frying. But it feels nice, when the illusion of a breeze arrives, to observe the city slowly getting empty. I’ll sit on a wicker chair in front of a café with a glass of white wine. I’ll ask the barista for some ice cubes. The answer will be bitter: “What are you, an American?” 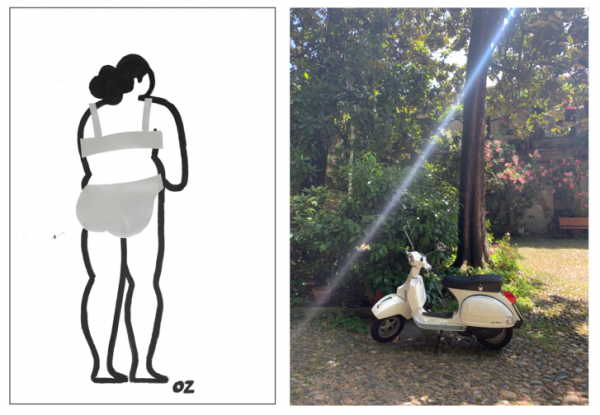 A drawing of a bikini-clad bather; Zagnoli’s Vespa parked in the courtyard outside her studio in Milan.

What is the taste of summer for you?

Summer tastes like helichrysum, sunscreen, and warm asphalt. But it’s also about making plans. A week from now, I’ll be riding my Vespa to the beautiful Ligurian coast with only a small backpack. Once there, I plan to spend my days reading all the books I haven’t had time to read, painting with no purpose, and diving into the Mediterranean sea at night. 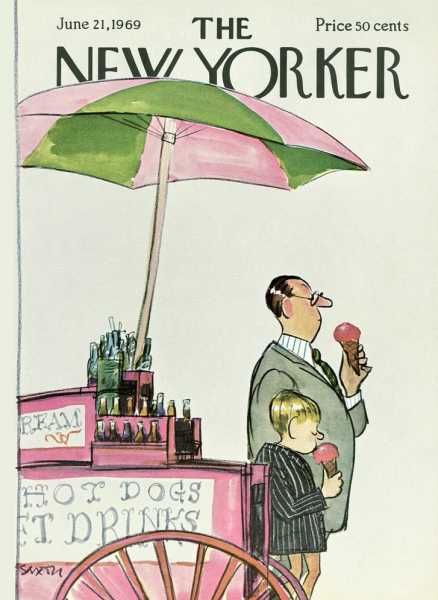 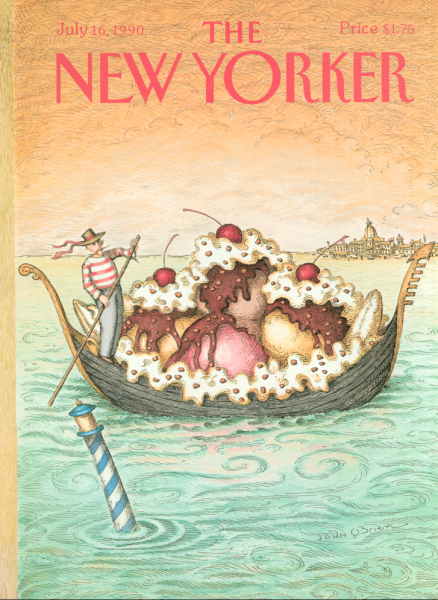 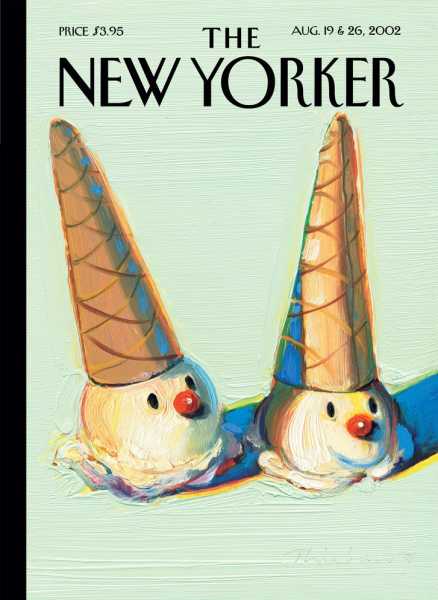