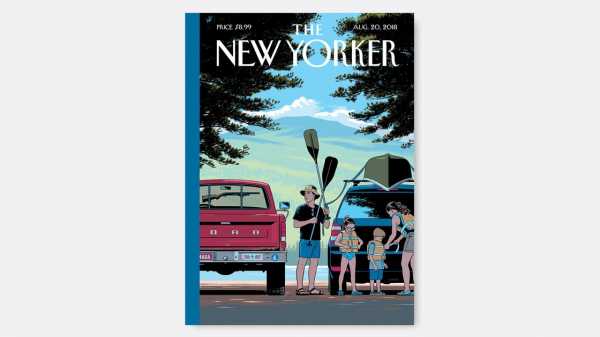 The artist R. Kikuo Johnson, who has drawn several covers for the magazine, grew up on a mountain on the island of Maui. He’s often spoken of a childhood filled with exploration—wandering the rocky shore, diving, roaming the woods nearby. Johnson now lives in Brooklyn, but that background often peeks through in his work. We recently talked to the artist about his influences and his enduring love for the outdoors.

You grew up on Maui. Do you find nature seeping into a lot of your work?

As a cartoonist, most of my work is focussed on people in humorous and whimsical situations, but in my heart I'm a landscape painter.

When did you start drawing? What were your subjects then?

I always drew, but it became a very strong focus around the third grade. That summer, I drew about twenty-five issues of my own superhero comic, which was unironically titled “Windman.” I still have the whole lot, and, regrettably, it has fewer moments of naïve charm than one might expect. 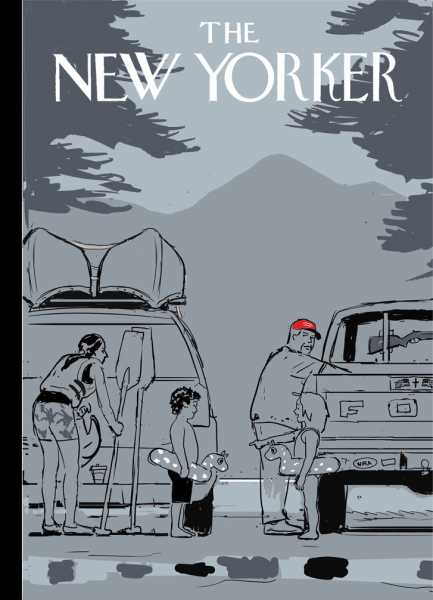 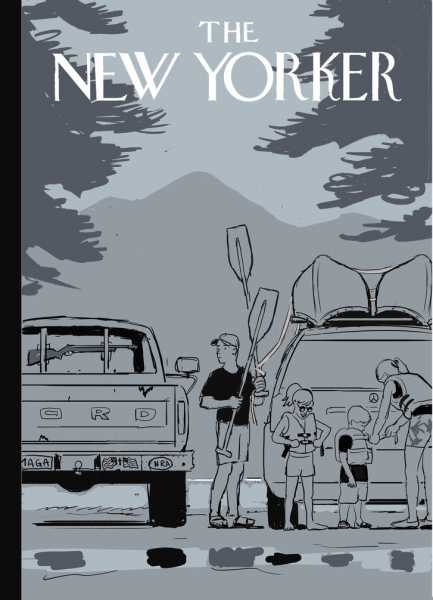 Two early variations of Johnson’s cover, showing a progression in detail and scene.

Do you find yourself getting out of the city often?

Camping, hiking, swimming, kayaking—for my money, these are the best ways to escape and recharge. In June, my partner and I backpacked through a snowstorm in Denali National Park, in Alaska. Soaked, and approaching hypothermia, we set up a tent to wait out the blizzard. The minute we landed back in New York, I started planning a long hike in the Grand Canyon. I love living in a big city, but I don't have much urge to visit one on vacation.

There's obviously an element of commentary in your cover illustration this week. How did you land upon this image, its juxtaposition?

The timing seemed right for a new spin on a classic illustrator’s theme, the family summer getaway. A few summers ago, I passed through a small town in Montana to buy some emergency bear spray for a week of backpacking in grizzly country. Soon after, that same town made headlines as a hotbed of white nationalism. Instantly, the grizzlies seemed like the lesser threat. For the record, I support a hunter’s right to humanely harvest wild food as much as I support a father’s right to wear dorky hats with sandals.

Do you have any major influences?

I have borrowed so much from so many artists over the years, but when I’m working on a New Yorker cover, I’m probably thinking most about Norman Rockwell. The narratives he constructs are so sharp, they’re difficult to shake. I was specifically thinking about his 1947 diptych “Coming and Going” for this one. 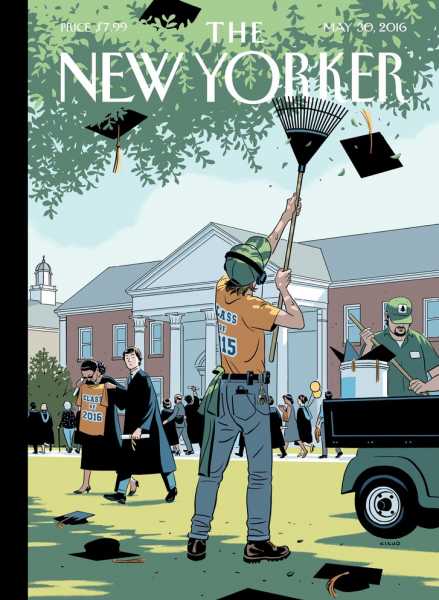 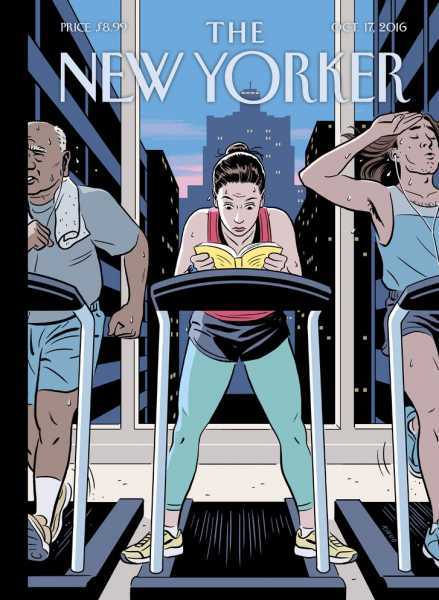 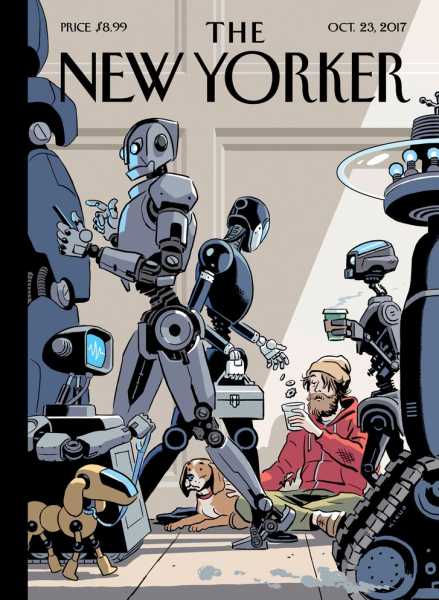 How data scientists are using AI for suicide prevention