Home Culture Creeping Through My Home Town (for Research!) | 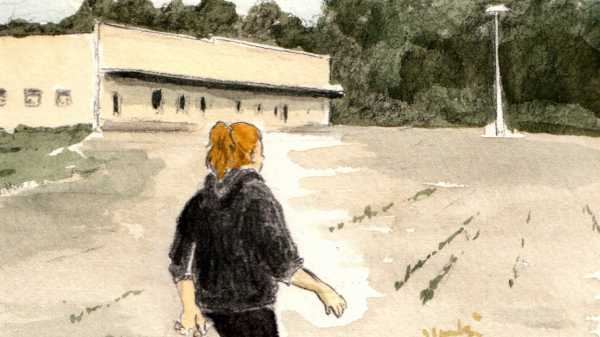 I’m walking briskly up the street that I grew up on. This is somewhere in suburban central Connecticut. My house is at the top of the hill, though, of course, it isn’t my house anymore, and hasn’t been for decades. I can’t ask to go in—I actually did that last year, armed with my charming daughter so as to present less of a threat. The visit was exhilarating and disorienting, like seeing your mother with a surprise face-lift. The elderly Bangladeshi lady living there was polite, but barging in to your childhood home is not the kind of thing you can ask to do twice, particularly if the second time you show up without the kid. Plus, the supermarket down the other side of the hill is a rehab clinic now, so God only knows what she’d think I was there for.

I walk by like a thief, trying to get a look into my old back yard without being too obvious about it. I don’t take a picture. This house has been not-ours for much longer than it was ours, and yet I still can’t believe I’m not allowed in. There are a lot of emotions that I’m not yet able to grasp, very close to the surface. I miss this house. I hated this house.

I keep walking. I go down the less steep side of the hill into the parking lot, now half overgrown, of what used to be an A. & P. and a laundromat that had a machine that would spit out four quarters if you slid in a dollar-sized piece of paper. I learned to ride a bike in that lot, and played there often with the girl whose mother babysat me. Later, the grocery store became a Mr. Amazing discount store, where I would buy bags of expired chocolate bars with money that I swiped from my father’s change jar. Then, I would carve myself a little seat in the giant piles of snow that they’d plowed up for parking and eat until I felt nauseous and ashamed. After the store closed, the building was empty for a while, and now it’s a rehab center and social-services outpost. I crossed the parking lot, feeling suspect. “I belong here,” I wanted to whisper. “I was born here. This is mine.” Except, of course, I don’t, and it isn’t, and I ran from this place as soon and as hard as I could.

I cross the wide highway that separates our neighborhood from the slightly nicer one where my friend Shannon grew up. Not too much nicer, but nicer enough—the houses have the kind of yards that a person bothers to landscape. Four streets—Ferguson, Mountain, Ludlow, Dale—run up the hill from the highway, each one steeper than the last. Dale, in my childhood-mind’s eye, is unimaginably tall, a towering behemoth of a hill. Of course, now that I know better, it is fairly ho-hum. I walk up that one first.

I feel an adolescent need to fight this town. A woman power walks down the hill toward me—I’m in a black hoodie and boots, and her face visibly relaxes from alarm into a smile when she sees that I’m like her, just another middle-aged white woman. Not a drifter, not a teen-ager, not a wraith from social services skulking into the woods to shoot up. You don’t know, I want to yell at her. I could be something. I could be a threat. Of course, I couldn’t. My face is as wide and round and open as a Kewpie doll’s, and my skin, while not flawless, has been the beneficiary of expensive Korean face creams. We make “My, this is a tough hill!” noises at each other as we pass.

I have my phone in my pocket. Every time I check it, it feels like it’s the only thing that tethers me to the present, somewhere far away from this place. It will never be 2018 here. It’s 1983, it’s 1988. It’s 1992, but with Wi-Fi and vape shops. Am I forty-one, or am I sixteen, but with graying hair and the beginnings of a neck wattle?

I’m here for research, because I got out, goddammit, and I’m working on a book. The book is set here, in the years when I was young. I’m in my home town to soak up some ambience, some flavor of the place. I take a few pictures, feeling like a one-woman surveillance team. I can take all the reference pictures I want, but how to capture a smell that I didn’t know I’d forgotten? Fall smells slightly different when it’s not in your home town. I didn’t know that. How to capture the sensation of excitement and dread I felt when I walked into the convenience store—once a Wawa, now some random rogue thing—and saw that it was all laid out exactly the same, just as it is in my frequent nightmares about the place? (And why do I have nightmares set in a convenience store?) The jolt that passed through my body was almost delicious, almost sexual, like catching a whiff of someone who hurt you once.

I’m writing this from a new place on an old street—my town’s version of a hipster coffee shop. It ticks a lot of boxes—tin ceiling, exposed brick, creatively bearded baristas—but it’s a little off, somehow: too big, lit too much and too coldly. The coffee and baked goods, however, are excellent. There are other new places on Main Street—a Vietnamese sandwich place, an Accra grocer and dry-goods store. In an encouraging twist, my town has become increasingly attractive to immigrants. East West Trading, where you could by prom dresses and saris, is gone, but the sign remains. The hair academy still has a shingle out, though the wonderfully named Head Chop salon does not. The absurdly creepy antiques mall that featured an illegal restaurant (gone) and a place to get a wash and set (not gone) remains. I took a look in there earlier; the ancient enamelled oven that was for sale when I was in high school is still there, still for sale. There were a few old men milling around; none spoke to me until one said, “Look out, there’s blood all over the floor.” Of course there was.

I’m here, ostensibly, to write a book of fiction, a book for young-adult readers. Something based on my experiences, but shaped into a narrative. A book that a kid born in 2004 might relate to. But what if I’m here to stick my hand all the way into the truth in this town? And what if I get it all over the walls of the place where I really live?

Foreign Language Study in UK Should be Mandatory Up to 16...