Home Culture Cuco’s “CR-V,” The Best (and Perhaps the Only) Tribute Song to the... 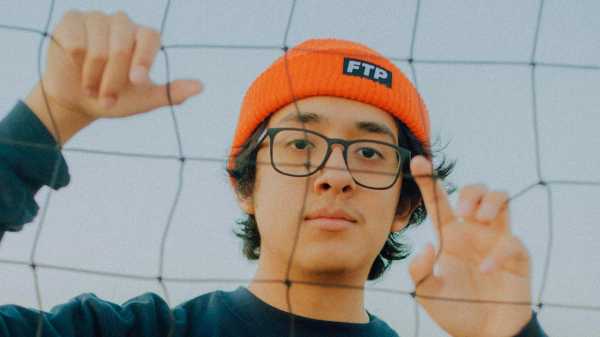 In music videos, cars frequently take on leading and supporting roles, acting as the locales where the song’s key narratives unfold. Name-checking a sleek ride is also part of popular music’s DNA, and especially so in rap: hundreds of artists have dropped verses about riding in their Maybachs and Bugattis and Raris. This display is a roving reminder of how far someone has come, and where else they might go once they get behind the wheel.

Omar Banos, the twenty-year-old Chicano bedroom-pop experimentalist who makes music under the name Cuco, has taken a slightly different route with his single “CR-V.” Culled from his 2018 EP, “Chiquito,” the song is an anthem about his blatantly uncool vehicle. “I look like a mom in my CR-V,” he grins, over an effervescent, trap-inflected beat. The video for “CR-V” follows Banos graduating from high school and receiving the car as a gift. Clad in his graduation robes, he jumps in the driver’s seat and does doughnuts in the school’s empty parking lot, all the while gushing about the CR-V’s spaciousness. In this car, he can pick up his friends (“Got, like, five seats in my CR-V,” he notes) and drive around with his beloved beside him.

Banos grew up in Hawthorne, a city in southwest Los Angeles County. There he felt especially moved by MC Magic, Lil Rob, and Baby Bash—all Chicano rappers capable of crafting resonant, romantic bars, and all of whom would reference their affinity for cruising around town in lowriders. Besides the usual freedoms that cars provide, they have enabled Banos, a D.I.Y. artist who plays every instrument in his recordings, to sound out his own musical trajectory. He told The Fader earlier this year that he would listen to his songs in the car—since he didn’t have access to monitor speakers—when mixing and mastering them.

In his jangly ballads, Banos evinces self-awareness, cheekiness, and sincerity. The only child of Mexican immigrants, Banos had a self-professed lonely childhood. He liked playing the trumpet and tinkering around on the music-sequencing program Ableton to illustrate the ideas bouncing around his head. (Later, he made music for acid trips that he embarked on by himself.) The début mixtape he self-released in 2016, “Wannabewithu,” is a woozy collection of songs, often sung in Spanglish, that orbit crushdom’s many phases. “I’ll take the bumpy road it’ll probably break my legs / As long as I don’t show you what’s ruining my head,” he sings, in “Lover is a Day.” In 2017, Banos caught attention when he put that song on SoundCloud, and he was already a fixture around house shows in Southern California, where scores of his fans, many of whom dub themselves Cuco puffs, could be spotted singing every single word along with him. Over the past two years, Banos has risen into a bona-fide star, both online (he maintains a very active Twitter under the handle @Icryduringsex) and at his increasingly sold-out shows.

But this past fall he had to take a step back. He and his band were en route to a show in Nashville when a tractor-trailer rammed into their tour van. The accident landed Banos and his bandmates in the hospital and left him shaken. He cancelled his tour and focussed on recovering. In that time, Banos has opened himself to his fans online, keeping them posted on how he’s doing and being upfront about how he’s been struggling. “I can walk now without my boot and a cane and I was able to walk without the boot and the cane that shit fucking hurts but it’s progress, slowly healing,” he wrote in December.

It feels significant that the “CR-V” video is Banos’s first release since the accident. While the song’s meme-worthy pop-bop plays, he and his friends sit on the roof of the sturdy car, which crawls along as Banos sings, “I got no game in my CR-V / I’m so average in my CR-V.” He zips around town, with enough room to give his friends a ride and buy some groceries while he’s at it. However unremarkable that might seem, the simple fact that he’s able to do this after the accident merits celebration.

Banos’s ode to the no-frills CR-V doesn’t mean that he would not appreciate a slick car, though. On Twitter, he posted snapshots that appear to be from an as-yet-to-be-announced music video or project, and gave a shout-out to the international car importer Toprank. In one photo, he’s pictured in glasses and a beanie, leaning against the hood of a car, and in another he’s opening a trunk with his hand, a tattoo of a rose and calavera creeping up from his sleeve. “Today was so fucking fun,” he wrote.

West Ham in need of a reality check after Newcastle defeat...

US Threat to Axe Iraq’s Access to Fed Bank Abuses Its...

The latest news about the whistleblower complaint over Trump and Ukraine,...