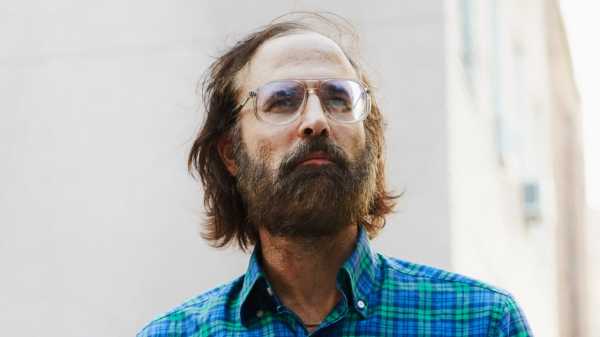 David Berman, the ingenious poet, songwriter, and performer behind the bands Silver Jews and Purple Mountains, died on Wednesday, at fifty-two. His music and lyrics are so indelible—so beloved, like old friends—that his devotees carry them around with us, as part of the way we experience the world. Since I learned of his death, I’ve been hearing his song “Inside the Golden Days of Missing You” in my head. “Well, I wish they didn’t set mirrors behind a bar / ’cause I can’t stand to look at my face when I don’t know where you are,” he sings. Berman’s music seemed to alchemize pain; by the time it reached us, it had become beauty, wisdom, even humor. His own suffering was devastatingly apparent on his last record, “Purple Mountains,” which came out in July. He had a gift for articulating profound loneliness in ways that felt deeply familiar, which in turn made you feel less alone.

Berman grew up in Virginia, Ohio, and Texas, the son of a lawyer and a homemaker-teacher, who divorced when he was seven. He went to college at the University of Virginia, where he met Stephen Malkmus and Bob Nastanovich, of Pavement, with whom he recorded the first Silver Jews EP, in 1989, while living in Hoboken and working at the Whitney. Later, he went to grad school at the University of Massachusetts, Amherst. Between 1994 and 2008, he released six brilliant Silver Jews albums (“Starlite Walker,” “The Natural Bridge,” “American Water,” “Bright Flight,” “Tanglewood Numbers,” “Lookout Mountain, Lookout Sea”), with different musicians accompanying him over the years. I could write a volume about each of those albums, and about my love for every lyric, and about his 1999 book of poetry, “Actual Air.” Many of his fans could.

Before “Purple Mountains” arrived, we’d been missing Berman for a while. In early 2009, he announced that he was disbanding Silver Jews and retreating from music, to focus, in part, on exposing the sinister misdeeds of his father, who had become an influential lobbyist working on behalf of several up-to-no-good industries. (A “60 Minutes” segment on him was called “Meet Rick Berman, a.k.a. ‘Dr. Evil.’ ”) David Berman did spend some time working on a project about his father, and a break from music seemed reasonable enough, but he also had a long history of depression and addiction, which he spoke about in interviews and reflected in his lyrics; he’d survived overdoses and a suicide attempt. Just before his retreat, signs about his well-being seemed promising. In 2008, Silver Jews released the delightful, occasionally buoyant “Lookout Mountain, Lookout Sea,” an album full of dark, rollicking fables that feel like short stories set to music. (“Candy Jail,” with an extended metaphor about addiction, provoked deep sympathy, even as it rhymed “licorice” with “Swedish Fish.”) Berman was living in Nashville by then, with his wife, Cassie Berman, his sometime Silver Jews bandmate; the album ended with the Bermans singing about belonging to each other, and it made you happy. After the release of “Lookout Mountain,” I saw Silver Jews at the Bowery Ballroom, on a rare tour. The show felt transcendent, almost too good to be true. At the end, when they played “Punks in the Beerlight,” from 2005, with Berman’s repeated shouts of “I love you to the max!,” I nearly floated from joy.

The long hiatus, then, was rattling. I had some personal curiosity about Berman’s well-being; circa 1994-95, I’d been in his distant orbit at the University of Massachusetts and at music shows in Amherst and Northampton, and we had friends in common. It was a heady era—great Western Mass bands, great UMass poets in the M.F.A. program, run by James Tate. If you took a junior-year creative-writing class in the spring of 1994, you had a good chance of being taught by a future musical heavyweight: Berman, or, in my case, Joe Pernice. Berman was a figure of admiration and mystique—tall and handsome, with the aura of a low-key oracle. Many of us loved his poetry but hadn’t heard his music yet. I attended a small Pavement show at Amherst College, after they’d become favorites for “Slanted & Enchanted,” an album he’d named; Berman was standing nearby in the crowd, occasionally yelling “Malkie!” That summer, while working as a cashier at a liquor supermarket in Northampton, I sold him a case of beer; he blithely but affably had the woman with him pay, saying he’d left his wallet in the car. At a show at the Bay State Hotel one night, we were at the same table, perusing a band’s new CD. “Needs a better title,” he said. “Like what?” I said. “Buy This Album Despite the Cover,” he said.

That autumn, in October, 1994, Drag City released Silver Jews’ début album, “Starlite Walker,” which was recorded with Malkmus, Nastanovich, and others. Listening to it was like hearing his poetry achieve liftoff. “Hello, my friends, hello,” it begins, warming us up a little before the wonderful “Trains Across the Sea.” “In twenty-seven years / I’ve drunk fifty thousand beers / And they just wash against me / like the sea into a pier,” Berman spoke-sang. (His singing, which set talking as its baseline and lifted into song only when he wanted it to, always had a hint of deadpan.) That this sort of writing—and the wonderful music of the next couple of decades—had any connection to my odd, funny impressions of college made listening to it all the sweeter, as if I were strolling through a gorgeous museum whose construction I’d glimpsed through a peephole.

The joy of being his audience never stopped. This year, “Purple Mountains” so stunned me that I lived in it, exclusively, for a few weeks. I first listened to it on a train heading out of New York, and then in the woods of Cape Cod, mesmerized. From the first song, “That’s Just the Way That I Feel,” the album seemed to indicate that our old friend David Berman was all right—musically and intellectually, at least. He at once sounded like his old self—plainspoken, clever, genial—and like a man at peace with a depression so dark that there was nothing left to say. “Well, I don’t like talking to myself / but someone’s gotta say it, hell,” he sings. Drums, guitar, and piano kick in, propulsive and encouraging, and his singing gathers strength. “I mean, things have not been going well.” The music sounds almost triumphant. He sings of “a decade playing chicken with oblivion,” and pain over lost love, and he reaches dizzying heights of comic humility, concluding by telling us the way that he feels. “And the end of all wanting / is all I’ve been wanting / and that’s just the way that I feel.” It’s despair so gentle and straightforward that you don’t know what to think. The next song sounds upbeat, but he’s singing about how all his happiness is gone.

And yet there was joy in Berman’s work, too. I think of gorgeous spring and summer days as Silver Jews weather. “It’s sunny and seventy-five / It feels so good to be alive,” Berman sings in “People,” from 1998. He was a master of whimsy, of the omniscient and poetic observation. “People ask people to watch their Scotch / people send people up to the moon / when they return, well, there isn’t much / People, be careful not to crest too soon.” He sang of squirrels imported from Connecticut, just in time for fall; of houses dreaming in blueprints; of, when the governor’s heart fails, the state bird falling from its branch. He was good with amusing existential horniness: “Honk If You’re Lonely”; “How Can I Love You If You Won’t Lie Down?” (“Fast cars / fine ass / these things will pass / And it won’t get more profound.”) Listening to his songs, I always feel an active wonder. On the new album, he sings that he’s been forced to watch his foes enjoy ceaseless feats of Schadenfreude. You have to think that he enjoyed writing that.

The pain on “Purple Mountains” reaches its apotheosis toward the end. The startlingly tender “I Loved Being My Mother’s Son,” set to simple acoustic guitar and percussion, is the fullest expression of love I can remember hearing in Berman’s songs, with the plainest lyrics. “She helped me walk / she watched me run / got where I was coming from,” he sings. Candor mostly replaces humor. “When I couldn’t count my friends on a single thumb / I loved her to the maximum,” he sings, crushingly echoing his old, exuberant “I love you to the max.” When he sings about losing her—“the simple fact left me stunned / I wasn’t done being my mother’s son”—it’s agony; hearing it for the first time, I burst into tears. The album is direct and forthright in its darkness—“The dead know what they’re doing when they leave this world behind,” he sings at one point—but it’s also humble, self-aware, funny. It ends with “Maybe I’m the Only One for Me,” a frank, country-tinged contemplation of being alone forever: “I’m starting to suspect / though I hope I’m incorrect / that maybe I’m the only one for me.” The song is despondent yet strangely cheerful, in a haimish, middle-aged way. Ultimately, he says, dutifully, “I’ll have to learn to like myself.” He may have felt alone, but he wasn’t. Berman’s friends were supporting him, caring for him; his record label, Drag City, was, too, even housing him in recent months. His fans were eager for his tour, which was to begin this weekend. We wish he hadn’t suffered; we’re grateful he existed. We loved him to the max.

Boris Johnson is Bombastic About Future of UK Fishing Industry but...

All the Democrats running for top spots in the House