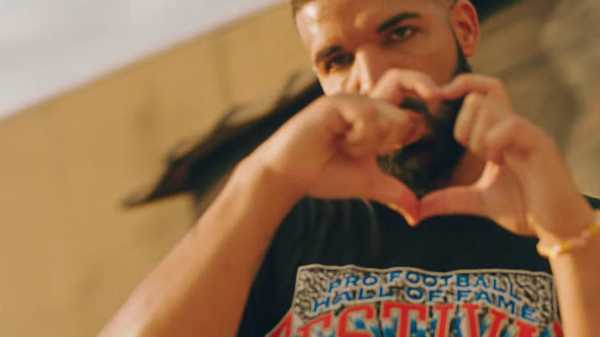 The day that Drake dropped his latest album, “Scorpion,” the Internet comedian Shiggy uploaded an Instagram video of himself in a pink sweatsuit pantomiming the lyrics to the single “In My Feelings”—“Keke, do you love me? Are you riding?”—with literal hand-heart and wheel-steering gestures. He hashtagged it with a challenge, for his followers to #DoTheShiggy, and so many people did the Shiggy that Will Smith, unable to resist, performed it atop a bridge in Budapest. On July 16th, seventeen days after Shiggy’s post, the song reached the top of Billboard’s Hot 100, where it remains. The next day, Drake uploaded his own Instagram video, of a jubilant Shiggy, and giddily shouted, “Man got me a No. 1 record!” (The video for “In My Feelings,” released earlier this month, features both Smith’s clip and an extended cameo by Shiggy himself.) This was Drake’s second viral dance breakthrough this year, and the embrace of so-called challenge videos by a rapper of his stature and social-media acumen marks a new turn for dance as an essential part of rap’s marketing and cultural mechanics.

Last July, in a video for the up-and-coming Memphis rapper BlocBoy JB, the director Fredrick Ali shot the rapper bouncing back on one leg while kicking the other back and forth, with his his kick-side arm then jerking forward in a hammering motion. Though the rapper had already built up a following in his home town through modern rap’s traditional path of mixtapes, SoundCloud singles, and gritty low-budget music videos, those three seconds of the video for the song “Shoot” were what broke him nationally. Soon teen-agers, professional football players, and—awkwardly—grade-school teachers were uploading videos of themselves mimicking the dance while BlocBoy J.B. chirped the song’s chorus: “Shoot, shoot, shoot, shoot.”

As BlocBoy’s fans continued to record themselves imitating the dance, he started reposting the videos on Instagram with the hashtag #shootchallenge, encouraging them to post more. By December, professional dancers such as the YouTube duo Ayo and Teo began incorporating the “Shoot” dance into their routines. Drake, who is always scouting black regional trends to extend his relevance, quickly took BlocBoy under his wing. BlocBoy told The Fader that he and Drake connected after the Canadian rapper posted a clip of a “Shoot” performance to his Instagram. The two exchanged direct messages. In January, BlocBoy uploaded an Instagram video of himself on a dance floor with Drake. In February, Drake generously hopped on BlocBoy’s single “Look Alive,” which promptly shot up the charts. The video, which shows both of them “Shoot” dancing across Memphis, has more than two hundred million views on YouTube.

Dance songs certainly aren’t new: America was doing the Charleston to jazz records a century ago, and Chubby Checker had the country doing the twist in the early sixties. In the mid-seventies, breakdancing by New York City youths evolved as a core element of early hip-hop culture, parallel to d.j.ing and rapping; choreography took place during rhythmic interludes (“breaks”) looped by the d.j.s. As New York’s cultural dominance of hip-hop waned in the nineties and the early aughts, regional dances like Miami’s Tootsie Roll, Atlanta’s Pool Palace, and even Memphis’s jookin supplanted more traditional breakdancing in the local rap imagination. But whereas moves used be regionally locked—it took the better part of a decade for 1983’s “Wild Style” to give breakdancing nationwide exposure—the Internet now scales their popularity with dramatic speed, and also that of the songs they’re attached to.

DeAndre Way, better known as Soulja Boy, pioneered this method of the digital dance craze. In 2006, well before the rise of the term “YouTuber,” he started recording videos of his life for his fans, like the time he uploaded one of himself and friends promoting a new CD at a local fair. The next year, he débuted his complex “Superman” dance—cross your feet, lift your knee, bounce laterally, among other things—in the video for his song “Crank That.” Way was a clever marketer who would intentionally mistag his songs on MP3-sharing sites so that users would hear his song “Crank That” instead of the popular songs they were looking for. Soulja Boy also made sure to share examples of other people doing the Superman dance so kids across the country could see their peers performing it, which, like the “Shoot” dance, showed up everywhere from classrooms to stadiums.“Crank That” eventually went to No. 1. At sixteen, he ended up signing a record deal with Interscope, which also represented the mid-aughts titans Eminem and 50 Cent.

Soulja Boy rode a wave of artists who used BET and MTV video placement to find a national audience for their neighborhood dances. Dem Franchize Boyz’s “Lean Wit It, Rock Wit It, Unk’s “Walk It Out,” and GS Boyz’s “Stanky Legg” all turned dances shown in videos into chart-topping success. (All are from the South, which long ago displaced New York as hip-hop’s gravitational center.) In the streaming era, top-down media such as major-market radio and cable music channels have lost their dominance, and it has become harder for artists to break through to large audiences without a grassroots audience behind them—retweeting, posting, spreading the viral word. Dance challenges help build those audiences.

Among the first challenges of the streaming era was iLoveMemphis’s #HitTheQuanChallenge, in 2015. iLoveMemphis noticed the rapper Rich Homie Quan doing a duck walk of sorts during a concert in Charlotte. He dubbed it the Quan, recorded a song, “Hit The Quan,” and re-created the dance for the video. His social-media push for the Quan, the #HitTheQuanChallenge, helped both the dance and the song go mainstream, which culminated, as all sufficiently viral moments do, in an appearance on “The Ellen DeGeneres Show.” Challenges are good social fun: if you’re good at the dance, you get to show off; if you’re bad at the dance, you can self-deprecate (or endure the gleeful mockery). Either way, everyone you know online sees you having a good time and connects it with the music playing in the background. Rich Homie Quan was anything but upset with iLoveMemphis; both artists got extra attention, and thus extra downloads, streams, and revenue. “If I can inspire anybody to even make a song or get some money your own way, do it,” Quan told MTV News.

The fluidity of dance allows dances to mutate and shift as they move from subculture to subculture. That can make it hard for a single person to claim ownership, and it also makes corporate co-optation much easier. The same year that the Quan went viral, the entertainment company DanceOn, a dance-video platform, partnered with the music-distribution company Tunecore for the #WatchMeDanceOn promotion. They enlisted the teen-age rapper Silentó, whose “Watch Me” song piggybacked the already viral Whip and Nae Nae dances—“Watch me Whip, watch me Nae Nae,” the chorus went—and a network of buzzy YouTube dancers help create dance videos primed for virality. The effort, which took advantage of the digital-marketing savvy that made the Quan so popular, helped push “Watch Me” into a top-three summer hit, with most viewers unaware of the coördination that went into its ascension.

Record companies and music-streaming platforms are constantly surveilling how long you listen to a track, what time of day of you’re listening, and even how you’re searching for music within a given app. If BlocBoy JB’s “Shoot” gets played on the radio, on Spotify, or even on an Instagram story (the app recently allowed users to upload music into their Stories), the record company can find a way to make money from it. The lip-synching app TikTok, formerly musical.ly, for instance, has licensing deals that let major labels profit directly from challenge-type videos. The platforms want users to get access to major hit songs, and the labels want part of the advertising money that chases the user bases. But rap dances don’t have such arrangements.

In May, BlocBoy JB released his seventh mixtape, “Simi,” which featured high-profile rappers such as Moneybagg Yo, Lil Pump, and 21 Savage. The project had a positive critical reception, but BlocBoy’s on-record persona—a street hustler trying to live a better life and find success through rap—is less memorable than videos of him dancing. In its opening week, the mixtape only sold six hundred and fifty-eight physical copies and had over fifteen million streams, the album-sale equivalent of just over ten thousand units. (“Scorpion,” the Drake album that features “In My Feelings,” had over seven hundred and forty million streams in its first week, the equivalent of selling five hundred and fifty-one thousand albums.) Rumors spread that BlocBoy signed with Drake’s OVO Sound label, which could cushion any sales disappointments, but BlocBoy said that he was remaining independent.

No matter BlocBoy’s record-label situation, the “Shoot” dance continued to find new life farther and farther from its Memphis roots. In May, Fortnite, the breakout multiplayer video game that pulls in hundreds of millions of dollars a month, introduced a variation of the “Shoot” dance as an in-game celebration without any compensation to BlocBoy. Fortnite doesn’t make an explicit reference to BlocBoy, though, in April, during a Twitch live stream with Ninja, Fortnite’s biggest star, Drake suggested that Epic Games, the company behind the game, add the dance as a feature. Fortnite’s vast reach suddenly took the “Shoot” dance global. During a World Cup match against Panama, England’s Jesse Lingard did it after scoring a goal. But, instead of its Memphis origins, most headlines only called attention to the dance’s video-game connection.

Modern rap dances are as ephemeral as they are numerous. Soulja Boy’s “Crank That” stayed at No. 1 for seven weeks in 2007 and went triple platinum. “Look Alive,” by comparison, hit No. 5 on the Hot 100, in February, but has already fallen to No. 40. After his dance’s Fortnite inclusion, BlocBoy tweeted out a side-by-side video of himself performing the dance alongside a game character, captioning it with the crying-laughing emoji. Later, though, when Chance the Rapper tweeted that “Fortnite should put the actual rap songs behind the dances that make so much money” because “Black creatives created and popularized these dances but never monetized them,” BlocBoy quote-tweeted his agreement. “Wat You Said,” he wrote. “We Need Dat Cash.”

Bolton Accuses WHO of Being ‘Accomplice to China’s Massive Coverup of...