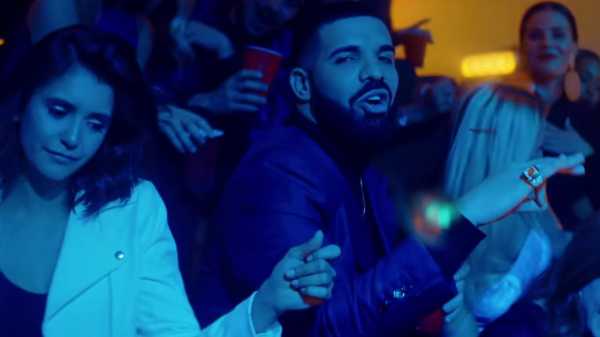 When we last left off in the Saga of Drake, a few weeks ago, our hero had been surprisingly and fiercely challenged. A few ill-timed demonstrations of ego on his part—in particular, the heat-seeking tracks “Duppy Freestyle” and “I’m Upset”—had awakened the pettiest instincts in his adversary, the veteran rapper Pusha T. When Pusha released “The Story of Adidon,” a song that took aim at, among other things, Drake’s family and racial identity, Drake could not hide the bruise the attack had caused. How would he respond? In the cleverest way, it turns out: by taking the side way down schmaltz lane, with a new video for “I’m Upset,” which débuted on Wednesday evening, and isn’t really a response at all.

The song itself, which will feature on his upcoming album, “Scorpion,” is lacklustre compared to the rest of Drake’s impressive single streak. In the past, songs like “Hotline Bling” and “One Dance” have ingeniously tipped the scales, granting the albums they eventually appeared on millions of early streams. It is the bounce-influenced single “Nice for What,” released in April, that will likely do the same for “Scorpion.” “I’m Upset,” with its droning accumulation of grievances and the squeaky exclamation of its title, isn’t particularly rousing. But the video has very little to do with the track, anyway. You can watch it on mute—and, if you are a fan of the ultra-melodramatic “Degrassi: The Next Generation,” the Canadian teen-age soap opera that a young Aubrey Graham once starred in, you will be wildly pleased.

In the video, Drake wakes up on—where else?—the Toronto Raptors’ home court, in the Air Canada Centre. He has evidently had a late night there, and his date is sleeping by his side. Drake gets an alarm on his phone about a high-school reunion. He takes leave of his lady, and procures a turtleneck. You can practically smell the wood of his cologne emanating from the screen. He is joined by someone—a face familiar, though older. It’s Gavin (Spinner) Mason, the best friend to Drake’s Jimmy Brooks, in a spiffy suit. A shot of the school awning confirms: this is a full-fledged Degrassi reunion! Inside, the tinselled high school is overstuffed with actors from the show—all beautifully graduated from puberty—breathing in the vapors of nostalgia. (Jay and Silent Bob, the denizens of the “Clerks” universe, had a strange but sort of endearing relationship to the “Degrassi” franchise, and return here to sell weed to Principal Simpson.) What an unexpected treat. We drift off to sleep with memories of after-school story lines about venereal disease and unplanned pregnancies dancing in our heads.

“I’m Upset” is not even close to a win in the beef with Pusha T; rather, the video, and the fond remembrances it has elicited online, are a reminder of Drake’s eye for the meta-narrative. He knows that we all know that he has been dinged, but he also knows that he can use the same slippery powers that Pusha T critiqued him for to resurrect our good will. (That’s not easy to do, as Taylor Swift’s wobbly appropriation of her “snake” reputation has recently made clear.) “Was the Degrassi reunion always Drake’s break-glass-in-case-of-emergency move?” Kyle McGovern, an editor at Mic, asked in a tweet. Probably, and we should expect that he has many more moves like it. Drake isn’t too proud to pivot, or to pander; he’s like Pixar, in the way he can manipulate an audience’s emotional response.

The new video is also a reminder that, when it comes to Drake’s agile image-making, Karena Evans, the director of the video, has become indispensable. A couple of years ago, Evans was an intern at the production company of Director X, who created the dream world of “Hotline Bling.” “I’m Upset” is the third video she has directed for Drake since January. She likes to place her subject among friends—fans he gives money to in Miami in “God’s Plan”; celebrity feminists in “Nice for What.” Each turns on sweetness and self-effacement. Artists of Drake’s stature use music videos to author grand mythologies; Drake, lately, has been using them to prove he’s down to earth. It seems that this approach is as helpful as any other in diverting attention from an embarrassing social-media cycle.

Stressful Life Events Such as Imprisonment Can Be Identified in Teeth,...

The Chinese Farmer Who Live-Streamed Her Life and Made a Fortune...

“Drop Dead Gorgeous,” Which Is Finally Streaming, Is Possibly My Favorite...