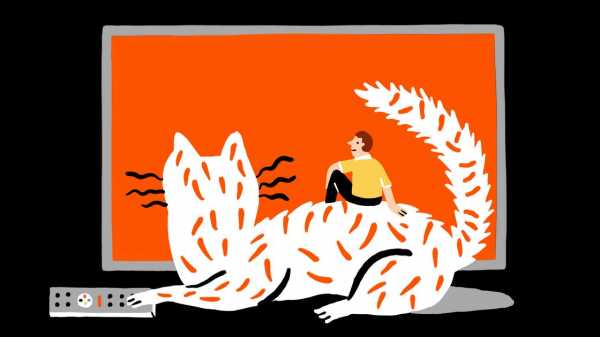 Every December since I began working at The New Yorker, I’ve posted a year-end rant about Top Ten lists. I’d try to find a fresh way in but, inevitably, I’d find myself fuming about the same things: the aura of fake authority; the apples-to-oranges problem; the math; the level at which I was simply loath to adopt the values of those rank-happy dudes in “High Fidelity,” “Top Five,” and “Diner.” Gradually, however, even that ritual felt suspect. Writing an anti-Top Ten list is, a decade in, like throwing an “alternative wedding”—an even showier version of the thing that you’re supposedly opposing.

It was time to stop whining and learn to love the list—or to fake it, at least. True, this year looked particularly brutal, invoking the horrifying possibility of both a 2019 Top Ten list and a Top Ten of the decade—not to mention the necessity of a chilly, late-December deep dive into the vast, ever-expanding ocean of television, much of which I haven’t seen, including some of the rumored-to-be-great stuff. (That means you, “Lodge 49.”) A person has only two eyes, one brain, five screens, and approximately three thousand brand-new streaming models.

And so, reader, I tried. I contrasted originality with perfect execution. I thought about the level of difficulty: Is it harder to make a small cable show or a big network show? Is comedy a heavier lift than drama? I worried about how, for no good reason, I was leaving off shows that I consistently enjoyed, like “Younger,” that didn’t seem fancy enough, somehow; or that I was dinging a show because of one over-the-top performance, like “The Good Fight”; or rating “sophisticated” cable dramedies higher than straight-up clever pleasures like “The Other Two,” “South Side,” and “Schitt’s Creek.” I imagined a kidnapping scenario (increasingly likely, given the mood of online fanhood) in which I was forced to choose, at gunpoint, the best show of the decade, to which I’d just say HBO’s “Enlightened,” because I will take any excuse to recommend “Enlightened.”

I also tried to number this year’s list, but gave up. As Sammy Davis, Jr.—and also Rogelio de la Vega—would put it, I’ve gotta be me. So this is a list, yes, but it is unnumbered, and also overflowing with my personal biases, because that’s the joy of criticism: it’s just my opinion. And by “Top Ten,” I mean that here are more than ten shows that I happened to like and remember on the day that I wrote this list. I added three more during the copy-editing process, just to drive my poor editor crazy.

A funny, angry bombshell thrown by a feminist auteur with perfect lipstick? That’s a gimme. One caveat: I’m the odd bird who prefers Season 1. The second season is a bittersweet romantic comedy about intimacy-impaired but decent people, with foxes and “Kneel!” The first season is a much rawer project, an unsettling farce about guilt and grief that is challenging to both TV conventions and the viewer. On the other hand, the first episode of the second season is a masterpiece, and I am not immune to a hot priest. So you’ll have to watch both, then we’ll go have drinks and debate.

I like clever insults. I’m a sucker for mean comedies, funny dramas, and expensive sweaters. “Succession,” miraculously, manages to imagine the inner lives of a Murdoch-like, Trumpian, Kushneresque clan—even to empathize with them, without quite crossing the line to glamorizing them. It also relishes kinky strategic gambits without curdling into “Game of Yachts.”

Bias: I am a Gerri-Roman ’shipper. 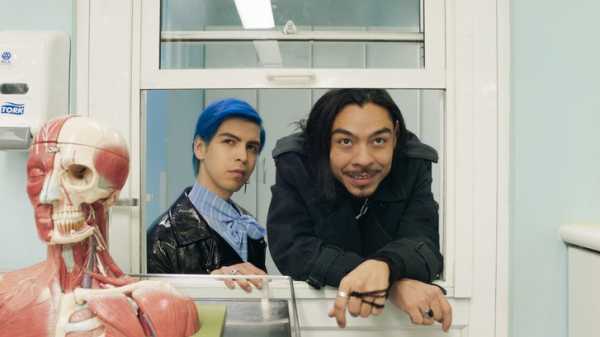 Joyfully arch, queer-as-hell horror-comedy, half in English and half in Spanish. Glamorous with a streak of sincerity—and so satisfyingly absurdist that I refuse to describe the premise; you’ll just have to trust me.

Bias: Jokes about “The King’s Speech.”

An audacious Lindelovian puzzle that performs a dazzling racial re-imagining of comics and American history, earning critical weasel words like “audacious” and “dazzling.” Episodes 5 and 6 are the standouts, so I don’t even care if it manages to pull off the finale, but fingers crossed.

Bias: The ideal show for anyone who loves sitcoms and has panned “True Detective.” 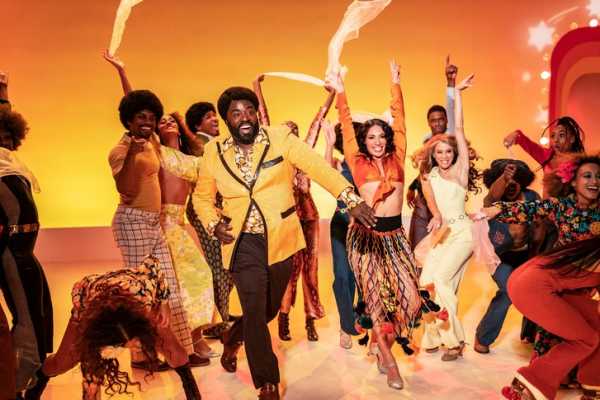 A trippy, chill satire of a “Soul Train”-ish variety show that doubles as a love letter to black pop culture, a science-fiction experiment, and a good party. If you double as three things, I like you!

Bias: It’s like “Documentary Now!,” only more heimische, so right up my comedy alley.

For five seasons, this sweetheart of a series at once satirized and celebrated the pleasures of telenovelas and adjacent genres in a smart, accessible way that, frustratingly, often kept the show hovering on the outer edge of TV talk. With the exception of some tiny miscalculations in the Michael plot, it nailed the final season. Reader, I cried (and converted to Team Rafael).

What, I should skip over one of my favorites—a dark, empathic musical comedy about toxic femininity and mental illness—just because the first few episodes of the final season were imperfect? The show celebrated imperfection. Bonus difficulty points for a truly absurd number of memorable songs, all of which I am currently rewatching on YouTube.

A dreamy show about weirdos, for weirdos. The premise is that Emily Dickinson speaks in modern teen-age patois, scored to Billie Eilish. It sounded gimmicky, but, a few episodes in, this stoned, surprising début got under my skin.

Bias: When I was a moody teen, I literally cut out Emily Dickinson poems and pasted them in a journal. Also, the show flashed me back to one of my favorite “Fleabag” jokes: “What’s your favorite period film?” “ ‘Carrie.’ ”

Yes, as in “Groundhog Day,” the protagonist keeps repeating the same day, but this brassy show uses that structure to explore very different themes: not nihilism but addiction and trauma. A witty, sultry mystery box set in Manhattan’s East Village, it’s sparked by a fab ensemble and a perfectly growly central performance from Natasha Lyonne.

Bias: I like a good party and a death by bees.

“I Think You Should Leave with Tim Robinson” 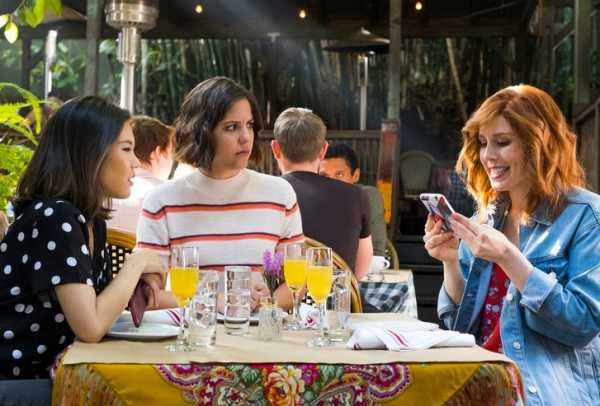 There were a bunch of sketch-comedy shows this year, and—of those I saw—this was the clear standout. It’s experimental but not annoying. I don’t even know why I called it experimental, because that makes the show sound annoying, but it is confident in making you uncomfortable.

The third season of this dreamy, independent-minded series about (to the extent that it’s “about” anything) a pot dealer in Brooklyn managed to include an episode about sociopaths, a quiet arc about a sexual-harassment scandal, and beautiful vignettes set everywhere from Manhattan to the Rockaways. Unpredictable in the best way.

Bias: Excited me by filming episodes on my street and in my favorite local bar.

Several people have said that they found the first episode of this series, which is based on a true story—a young woman gets raped, then charged by the police, who think she’s lying—so upsetting, they stopped watching. For me, it was worth the difficulty, because the show is both quietly stirring and, through restrained directorial choices, challenges how sexual violence is generally depicted in art. Kaitlyn Dever, from “Booksmart,” is mind-bendingly good.

Bias: I like sincere things that are well made.

Reality show or horror movie? Either way, there was something riveting about this peek into other people’s marriages, especially the sessions with the manipulative narcissist who made me fantasize about performing a citizen’s divorce.

Bias: Catnip for eavesdroppers; I wanted to include a reality show in this list. 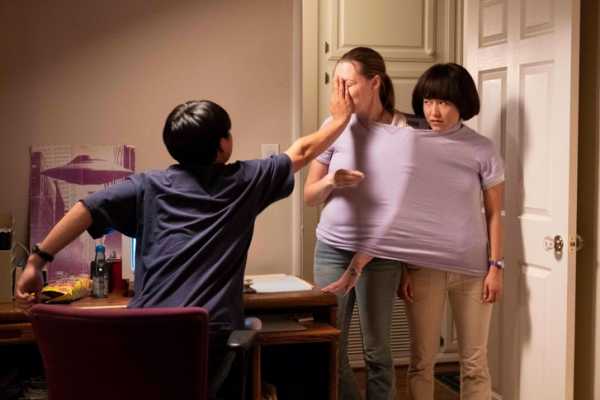 A sweet-and-sour comedy in which two thirtysomethings portray themselves back when they were still in junior high—a high-wire premise that lends the show a unique comic energy that is nerve-racking as well as funny.

I could easily have put “Chernobyl” or “When They See Us” on this list instead: all three of these shows are thoughtful, profound dramas about real-life political tragedies, gorgeously filmed. But this is a list, so I’m trying to choose things. And, somehow, “Our Boys,” which is about a hate crime in Israel, stuck with me most—maybe because of its rare ability to tolerate an unhappy ending.

Bias: I enjoy dramas that force viewers to think about things that they’d like to avoid.

A shrink, a priest-in-training, and an I.T. guy walk into a room. . . . This oddball network procedural about spiritual investigators working (sort of) for the Catholic Church was produced by Michelle and Robert King, the showrunners behind “The Good Wife” and “The Good Fight.” It clicks, owing to the chemistry of the ensemble—Katja Herbers, Mike Colter, and Aasif Mandvi—and its willingness to be legit scary. Boo!

Bias: The sort of critic who’d follow the Kings straight into Hell.

A show about marriage that dives so deep, my ears popped. A perfect companion to “Couples Therapy,” and a standout in the wide universe of shaggy, melancholic, sexually graphic, conversational dramedies—which gets double points for having managed, miraculously, to land its finale.

Bias: I interviewed Rob Delaney at the New Yorker Festival this year, so I rewatched the whole show in a state of bliss.

A warm-hearted, woke-headed ensemble soap about Los Angeles millennials living in an “intentional community” called the Coterie, this spinoff of “The Fosters” satisfied even when it got woolly or cornball. Bonus points for a teary “Falling Slowly” duet and a complex exploration of tech-industry sexism.

Bias: All the feels.

“Orange Is the New Black”

Yes, I know you stopped watching after Poussey died, in Season 4, or after the prison riot, or the difficult year in Max. Catch up! (Or just read Wikipedia plot summaries, then return.) Because the final season of this series was a true return to form, managing to be 50/50 devastating and dirty-funny, the algorithm that “O.I.T.N.B.” owned. The wrenching, layered arc about the ICE private prison alone guarantees its list-worthiness.

Bias: All my preferences in one: destabilizing comedy, mean comedy, funny drama, feminist smut, all the feels, and dramas that force viewers to think about the things they’d like to avoid. 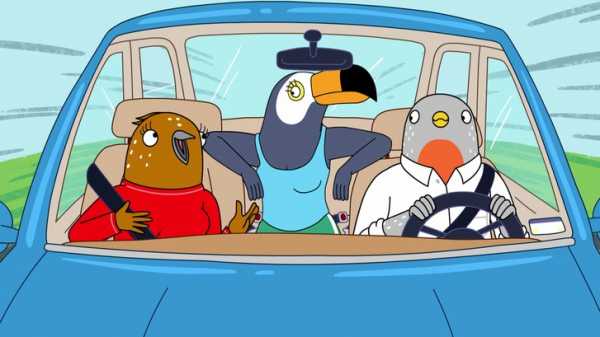 Facebook Was Secretly Bidding Against Google to Buy Fitbit – Reports

Anthony Bourdain and the Power of Telling the Truth |

Is Gareth Bale’s time at Real Madrid coming to an end?