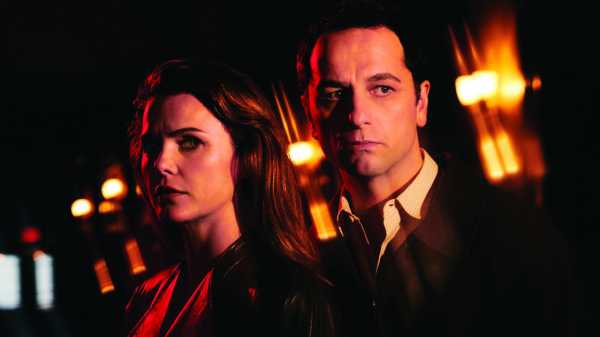 Pity the television critics. Every year, everything changes. One year you’ve got discs, then streaming, then apps on your phone, then, probably, next year, chips behind our ears. Honestly, I shouldn’t complain, but it’s been a headache to keep up with the medium. Even so, now that there are approximately thirty million shows released every week (half of them on Netflix, each one four episodes too long), it should be easy enough to select ten to praise in December.

As is my holiday tradition, I refuse to do so. Instead, I’ll divide my list into several smaller lists, none numbered, and change my mind along the way. Please understand that the show that I currently dislike the most is “The Marvelous Mrs. Maisel,” so it may come up a few times.

A nasty and delicious dark comedy about a Murdoch-ish, Trump-like, Mercer-esque family of powermongers, but also the rare drama that improved throughout Season 1, then nailed the landing. Yes, I know you’re not in the mood for more terrible men, but what if the performances were great and the show were paced perfectly and exactly the right length? Then you would watch.

Each season since the first has been impressive, but the fifth was one of the best commentaries that I’ve ever seen on the #MeToo movement (and I mean that as a compliment, not as a warning). Somehow both outrageously silly and bleak at once, it’s a show I binge as soon as it drops. Bonus points for the incredible funeral episode, if I gave points, which I don’t.

One of the loveliest, most consistently satisfying series on television. A telenovela pastiche that doubles as a celebration of feminine artistic genres in general, it’s beautiful and humane, witty, well performed—the works. It has Rogelio de la Vega. This season ended with a gasp-inducing twist, which I won’t spoil. I’ll just trust you to catch up on the whole thing so that you can watch the final season, which premières in January. Do this instead of watching “The Marvelous Mrs. Maisel,” which is very overrated. 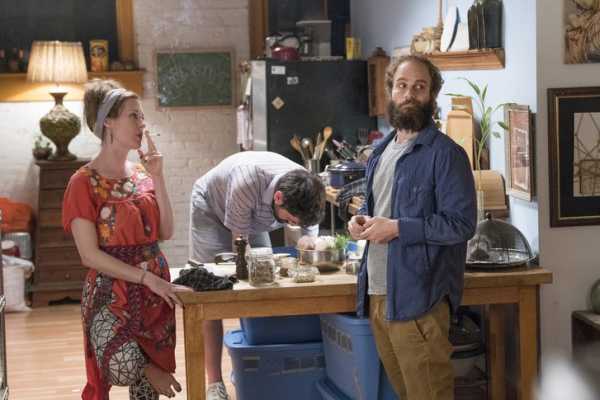 The show’s first season on HBO didn’t jell, but the dreamy, evocative, perpetually surprising Season 2 of this breakthrough anthology series was just flat-out wonderful. The “Globo” episode alone—a meditation on New York on the worst day of 2016—was one of the best things that I saw all year. But I also have a special affection for “Derech.” It’s basically the opposite of “The Marvelous Mrs. Maisel.”

I’ve already talked about this show. If you don’t understand my opinion, I’ve got nothing for you.

I didn’t think that I would want to watch another murder show, but this one really worked for me. It starts nihilistic and ends humane. I really love shows from this year that are the right length, unlike, say, Netflix’s horribly paced “Maniac.”

Even better than “The Good Wife”! I’m probably just saying that to be rude, but, based on the credits alone, yes, probably so. Also, this show, with its rude satirical riffs on the pee tape, is the only thing getting me through the Trump Administration.

A darkly comic Hugh Grant miniseries about a British sex scandal. Grant gives such a remarkable performance that I went and re-watched the delightful romantic comedy “Music and Lyrics” just to see more of him; at three episodes, the show’s exactly the right length, too. I wish I’d reviewed it.

Alienating But Worth It

Disclaimer: I was on set for this show, to write about Ryan Murphy, so, naturally, I’m going to be biased. The backward chronology only semi-worked—and a lot of viewers I know dropped out after the kinky ultra-violence early on. But Darren Criss is mind-bendingly good, at once empathetic and damning, as Andrew Cunanan. And, truly, I’ve thought about this show more than almost any show this year: it taught me a lot about a time that I lived through and thought I understood.

I am still furious that this sharp, strange, intense dark comedy lost the Emmy to the terrible, syrupy “Marvelous Mrs. Maisel.” Come on! “Teddy Perkins” alone. Donald Glover’s auteurist baby was so audacious, I don’t care how many quotes he gave this magazine comparing himself to Jesus.

“Nathan for You” (Comedy Central)

Nathan Fielder is a strange and clever man, and his sadistic, empathetic quasi-prank show messes with your head. A dangerous binge if you have a fever.

So avant-garde, it’s ridiculous, but I get something out of every episode I see. 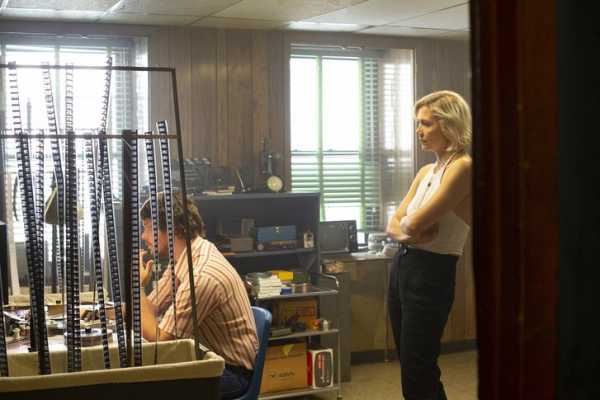 I don’t need so many James Francos in any show, but I could always use an extra Maggie Gyllenhaal.

Worth It, But It Flew Off the Rails

It started out great, it flew off the rails, but who cares, it was still an entertaining and sick-humored thriller with two terrific performances (by Sandra Oh and Jodie Comer) at the center. 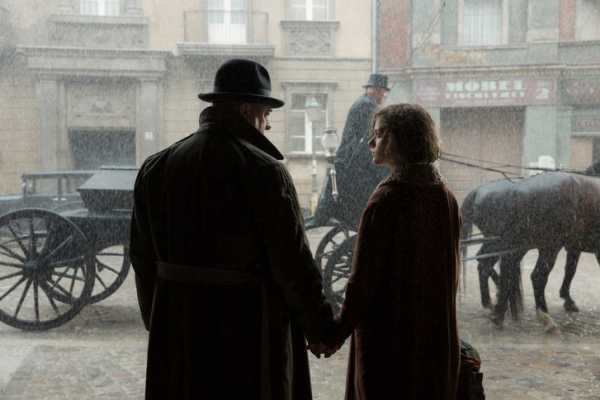 It didn’t fly off the rails too much, and, let me tell you, before it flew off the rails it was one of the best things ever. Wildly entertaining, with fantastic costumes and amazing dancing—just a delight. Unpretentious in its craziness and, once you Google a bit, you will know a lot more about Germany between the wars.

It flew on and off the rails during episodes, but I thought about this angry show nearly as much as I did “The Assassination of Gianni Versace.” Better than “Maniac,” I’ll tell you that!

Good, Not Great, or Perfect, Maybe, But What Is Great?? Are You So Perfect?

The episode that showed a whole episode of “GLOW” was perfect.

So dirty, my strangely prudish kids wouldn’t watch it, but hilarious, humane, and honest. 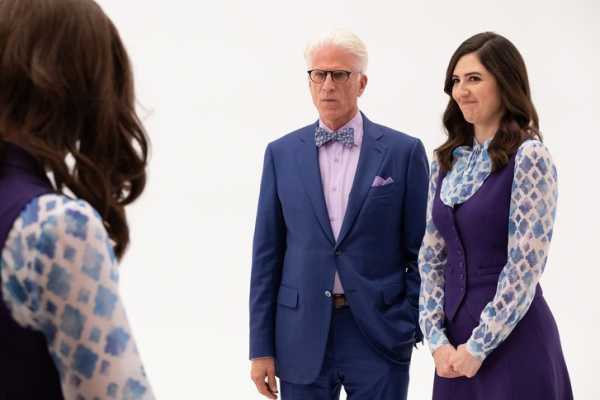 Possibly belongs on the Consistent list, but I’m a bit nervous about where the plot is going. Still, one of the best things on TV, because a foolish consistency is the hobgoblin of little minds.

“Orange Is the New Black” (Netflix)

Everyone seems to have forgotten about this series—probably people are just finding it too grim—but I found this last season, which was set in a maximum-security prison, genuinely provocative and powerful. Not great or perfect, maybe, but: What is great? Are you so perfect?

A sweet, small show about deaf friends. Smart and beautiful, so it didn’t have to be perfect.

Kind of perfect, actually. Why did I put it here? 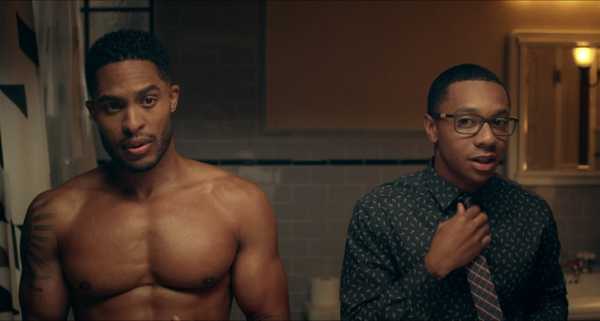 Had one truly perfect episode, and the rest of the season was also terrific. I love all of these characters. As with “The Good Place,” I’m suddenly feeling unsure about this placement as well. Consistent shows aren’t necessarily the most interesting ones; I hope that I’m not implying that. In fact, if I were forced to make a numerical list, I might rank this show higher than “The End of the F***ing World,” even though it’s less consistent.

Again, another Ryan Murphy show, so I am biased. Had moments of corniness and was sentimental at times. But it was also richly entertaining, with a lovely cast, which I know because I met them, and the show not only got better and better over the course of the season, I started to dig the eighties fairy-tale vibe. Features a standout performance by Indya Moore.

This is one of my favorite shows, and I admire the audacity of what it is trying to pull off in the last season, which is to dramatize someone getting healthy. It hasn’t worked a hundred per cent, but the songs are great, Rachel Bloom is wonderful, and, unlike “The Marvelous Mrs. Maisel,” it is legitimately Jewish.

The perfect replacement for “The Marvelous Mrs. Maisel.”

A pleasant surprise, nasty and nice at once.

My drug of choice.

Worth watching for the amazing performances by Catherine O’Hara and Daniel Levy. I had some problems with how little conflict there was, but I loved the sweet gay romance at its center and, weirdly, it also made me want to start a business.

That one good episode of “Black Mirror” (Netflix) 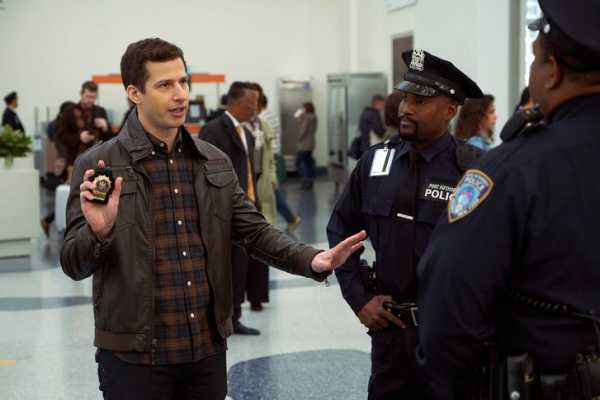 Every season has gotten sharper, and I’m so glad it got rescued from cancellation. Why would you watch a boring show like “The Romanoffs” when you could watch this?

The early part of this season was on the wonky side, plot-wise, but it picked up. It has an amazing cast, and costumes that make “The Marvelous Mrs. Maisel” look like clam chowder. This is the show that I watch for fun when I’m trying to kill time between the shows that I’m watching for work.

I should watch more reality TV, but I do watch this. A soothing show that gives me some nice, basic ideas to improve my life, like Real Simple.

I realize that you’re thinking, What is this doing in the “Fun” category? How is a serious adaptation of an Italian literary novel fun? Well, maybe it’s not fun, exactly, but it is beautiful in a way that I found very enjoyable, and maybe you should rethink your whole idea of fun.

Other People Liked It Way More Than I Did

I was just not in the mood for any show about a repentant assassin, however much I love the main actor.

Beautifully filmed but eventually seemed soul-dead. I’m putting it here so you know I watched it.

It’s on a lot of lists, but, I apologize, I still have a weird “Breaking Bad” hangover that held me back from catching up.

I hear that it’s good and I wish I’d reviewed it.

On so many lists. My apologies.

I like every season of this show, so I’m sure I will like this one, too. I did watch that wonderful gay dance, so I’m looking forward to it.

Hated Out of Proportion to Their Flaws, Maybe Because They Kept Me from Watching the Shows Listed Above

These Are Movies, But They Were on TV-Streaming Services, So I Recommend Them

Because this is a movie about child sexual abuse, it’s a hard sell. But it’s gorgeously directed and acted and not at all pedantic—the opposite. Highly recommended if you want to be changed by a movie that happens to be on television. (I originally put it on the Consistent list but my editor made me move it here.)

“The Ballad of Buster Scruggs” (Netflix)

I’m a little picky about the Coen brothers and I don’t like Westerns, but this was so bleak and strange and poetic. Refreshingly mean. Also, an anthology show in movie form. 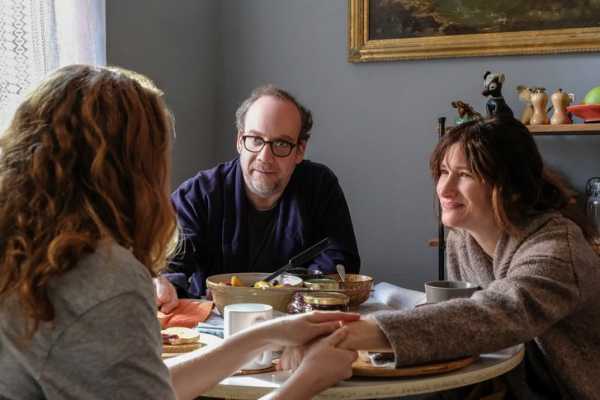 A New York story about infertility, just wonderful. Directed by Tamara Jenkins. Kathryn Hahn and Paul Giamatti are great in everything, but especially this.

Khan vs Vargas: Amir Khan’s ruthless instincts were on show in...

The spotlight is on Kylian Mbappe as France chase World Cup...

England team may walk off pitch if racial abuse protocol does...