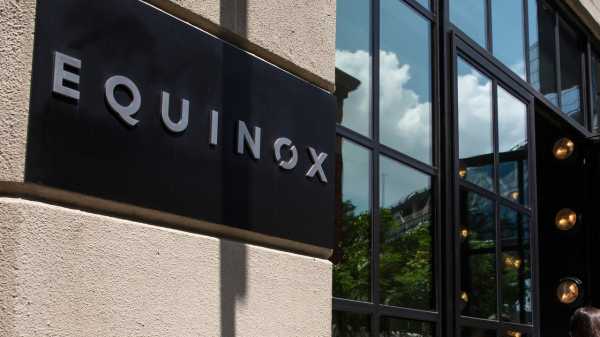 In the Trump era, political dilemmas can arise at any moment. Members of the luxury gym Equinox learned this the hard way this week, when news broke that the gym’s owner, the billionaire real-estate mogul Stephen Ross, would be hosting a big-ticket fund-raiser for Donald Trump in the Hamptons. Ross, who is one of the richest people in America, also owns the Miami Dolphins and SoulCycle, and has partial ownership of several restaurants, including Momofuku and Milk Bar. The fund-raiser was set to take place at Ross’s home on Friday afternoon, and guests included Jared Kushner, the President’s son-in-law, and Steven Mnuchin, the Treasury Secretary. A hundred-thousand-dollar ticket bought a donor lunch and a photo op with the President; two hundred and fifty thousand dollars bought a seat at a roundtable discussion. Equinox is conspicuously not targeted at the MAGA demographic. The company regularly participates in L.G.B.T.Q. Pride parades. Its current ads feature oiled models receiving pedicures in the nude and watering marijuana gardens. Some members quit the gym with dramatic social-media sign-offs. “Hey @Equinox,” the comedian Billy Eichner tweeted. “What’s your policy for canceling memberships once a member finds out your owner is enabling racism and mass murder?”

Those who worked out at the gym this week seemed to be engrossed in a complicated moral arithmetic. “I come here for a trainer,” a brunette writer explained, at the gym’s SoHo location, which has a juice bar on the first floor and a grand staircase. “I guess I don’t feel the need to defend myself.” She’d just finished a workout and was having a drink called Supa Dupa Greens and a bowl of Superfood Mousse in the gym’s mezzanine lounge-café. She loathed Trump, she said, but she loved her trainer, and she had already paid for multiple sessions. “That’s the problem,” she said. “I bought a package. And the membership fee is on top of that.” She could cancel, and lose the fees to Ross’s company. “But I don’t know,” she said. “Is there a symbolic value in me forfeiting all the money to this shithead?”

On the other hand, she thinks of herself as a conscious consumer. When the #GrabYourWallet campaign launched in response to Trump’s “Access Hollywood” tape, in 2016, urging people to boycott companies that had connections to Trump, she joined in. “I e-mailed Zappos, because they carried Ivanka’s shoes, and I said, ‘I won’t shop here anymore.’ And I haven’t.” The following year, Nordstrom stopped carrying Ivanka’s clothing line. The movement later targeted Uber, forcing its C.E.O. at the time, Travis Kalanick, to step down from Trump’s economic advisory council. The writer was going to discuss the possibility of boycotting Equinox with her trainer, who, she added, is gay and a person of color. “I know he sees people outside of Equinox, so maybe that’s what we’ll do,” she said.

Just inside the door to the gym, an interior-design graduate student was moping. “I joined this gym three days ago,” he said. “Billy Eichner posted about this . . . and I was, like, ‘Fuuuck.’ ” Now he was stuck in an “ethical quandary,” he said. On one hand, “I feel like I should follow my convictions and leave the gym.” On the other, “I just paid, I think it was, like, five hundred dollars for the month, with the initiation fee.” He added, “And there is no comparable option this close to my apartment!” He’d talked it over with his boyfriend, who pointed out that Ross was also behind Hudson Yards, the luxury development in Manhattan. “Are we going to avoid that, too?” he asked. “If we avoided everything he owns, our quality of life would go down considerably.” It was weighing on him, though. “Between the two of us, we agreed that I would explore if there was a grace period where I can still cancel my membership,” he said.

A Venezuelan screenwriter said he was thinking about trying CrossFit. He’d avoided the gym for a day. “Now that I’m here, I’m feeling really bad,” he said. Other members wondered if there were alternatives to cancelling. An architect at Equinox’s High Line location, in Chelsea, suggested that the gym’s members and employees could form a kind of “junta” within Related Companies, Ross’s corporation, and force him to stop holding Trump fund-raisers. He also claimed to take inspiration from the recent demonstrations in Puerto Rico, which have ousted three governors in quick succession. “They created a cultural festival—a celebration of a protest—through dance, salsa, ballet, music, pot-banging, yoga,” he said. “And they were effective in creating change.” Could Equinox members do something like that? 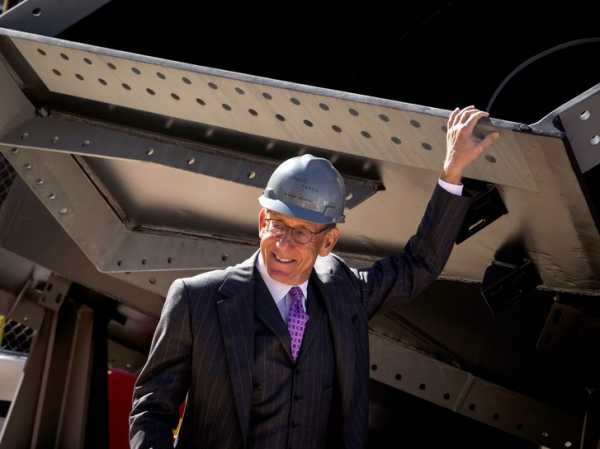 Stephen Ross, the owner of Equinox.

In an attempt to quell the controversy, Ross released a statement noting that he had known Trump for forty years and, though he disagreed with the President on certain issues, he had always felt comfortable voicing those disagreements. “While some prefer to sit outside of the process and criticize, I prefer to engage directly and support the things I deeply care about,” he said. Equinox claimed in a separate statement that Ross was a “passive investor,” and attempted to distance itself from the fund-raiser. “We want to let you know that Equinox and SoulCycle have nothing to do with the event and do not support it,” the statement read. SoulCycle tweeted a message from Melanie Whelan, its C.E.O., addressed “To our Soul Family,” noting that “at SoulCycle, we wake up every day committed to our community, and creating a safe space where all are welcome.” David Chang, the celebrity chef whose restaurants are owned by Ross, noted on his podcast, “No one’s more fucking pissed off than me.”

Not all consumers were mollified. A marketer and photographer at the Equinox in Chelsea said that he had friends who were cancelling their memberships. “I get what they’re saying,” he said. “Our money is directly going to this guy who’s then hosting a Trump benefit.” On the other hand, he said, “it’s only a little bit of money. Is it really worth it? I haven’t made up my mind.” At the very least, he was going to stop giving Equinox free advertising by “checking in” to the gym on social media. “Sometimes I’ll post, like, a Boomerang”—a short, looped video—“of me walking into the gym, so you can see the Equinox logo,” he said. “I’ve already decided I won’t be doing that.”

Bank of America Predicts Oil to Hit $100 per Barrel in...

Are foldable smartphones the future, whether we like them or not?