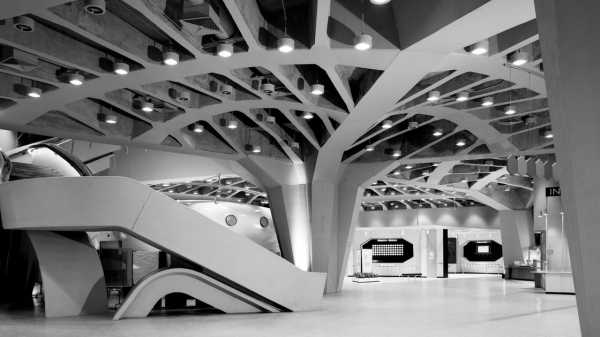 Photographs are mobile and reproducible. Buildings—the slowest and stillest of all media—are not. This makes photographs of buildings especially consequential. When you think of a famous building, you’re often thinking of a famous photograph. If you’re thinking of a modern American building built between 1940 and 1989, eight times out of ten your mind’s eye is the eye of Ezra Stoller. (The other two times are courtesy of the California specialist Julius Shulman.) For all those years, Stoller influenced not just how buildings were seen but how they were conceived. “Ezra’s picture of the Chamberlain Cottage was perhaps the single most important photographic image in shaping my early aspirations as an architect,” Henry N. Cobb, who later became famous as the designer of the John Hancock Tower, in Boston, wrote. Cobb’s letter to Stoller’s daughter is excerpted in “Ezra Stoller: A Photographic History of Modern American Architecture” (Phaidon), a new monograph of Stoller’s magisterial images of the architecture of the American century. 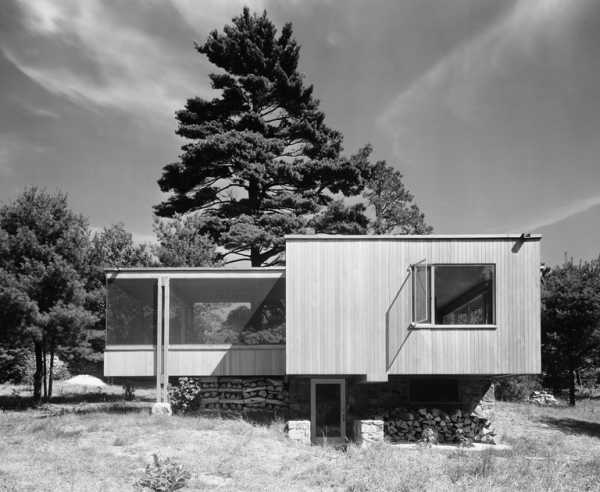 The Chamberlain Cottage was humble: a boxy, six-hundred-square-foot bungalow in the suburban town of Wayland, Massachusetts. Photographed by Stoller in 1942, it had been designed the year before by Walter Gropius—who, twenty years earlier, was the founding director of the Bauhaus School, in Weimar, Germany—and Marcel Breuer, a former Bauhaus student and instructor. They were starting over in America, with houses quite different from the monumental villas with which Bauhaus designers had established architectural modernity in the Weimar era. They assimilated the local vernacular—fieldstone foundations, wooden platform framing and clapboarding—into something old and new, familiar and strange. Like any New England farmhouse, the Chamberlain Cottage is a wooden box on a stone box. But here, at one end, the wooden box is prodigiously cantilevered some eight feet past its stone foundation wall. In Stoller’s picture, the cantilever points directly out toward you. To the left, under a towering tree, there’s a screened porch sheltering stacked firewood below, seeming also to float on air. 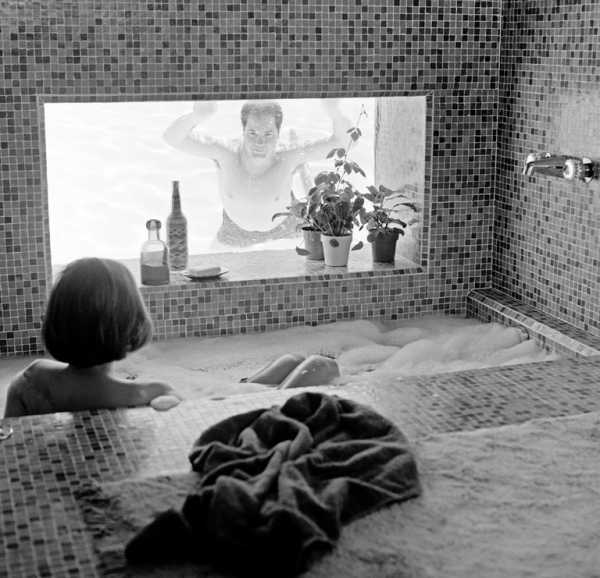 At first glance, there would seem to be nothing to find in that little house of Cobb’s signature masterpiece, the gracile glass skyscraper that still crowns Boston’s skyline and is the quintessence of what design historians call high modernism. But maybe there is everything of the Hancock Tower—conceivably filtered through an intervening thirty years of conscious and unconscious recollections and aspirations—in Stoller’s picture of the Chamberlain Cottage. Cobb’s tower is a slender, prismatic volume. Its floor plan is a narrow parallelogram. The same shape is found in the shadow cast by the cantilevered portion of the house against the stone foundation and the firewood below. Everything in both Stoller’s picture and Cobb’s tower resolves to contingencies of angular deflection and linear array. In the picture, the shadow of an open window is another narrow parallelogram whose left edge, like an X-ray, precisely traces the location of the Cottage’s internal wall—realizing what the architectural historians Colin Rowe and Robert Slutzky called early modern architecture’s dream of “literal transparency,” in which even visually opaque surfaces could somehow reveal an unseen world. 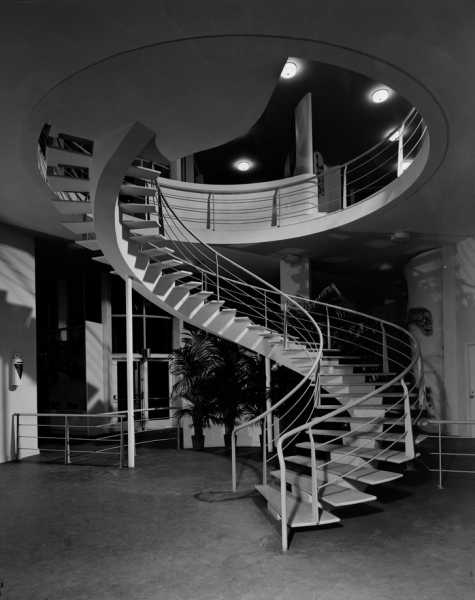 Photography, like architecture, can be the art of serendipity. But nothing about the angle of that window’s opening and shadow, as in all of Stoller’s work, had been left to chance. “While it was made forty-six years ago,” Stoller would later write of the photograph, “the memory of working on it is still vivid. To get the whole tree or not? At exactly what angle should the window be open? How to stack the firewood for the proper texture?” He told an interviewer in 1990 about his typical working method: “I would wander around the building and make notes with arrows on the plans. When this was done, I’d put a time next to each arrow, and when I was all through the day would be gone. So the next day, hopefully it was a sunny day again, I’d go back and make all those pictures with [the] 8 x 10 [large-format camera]. If I had done eight pictures a day, that was a good day’s work.” 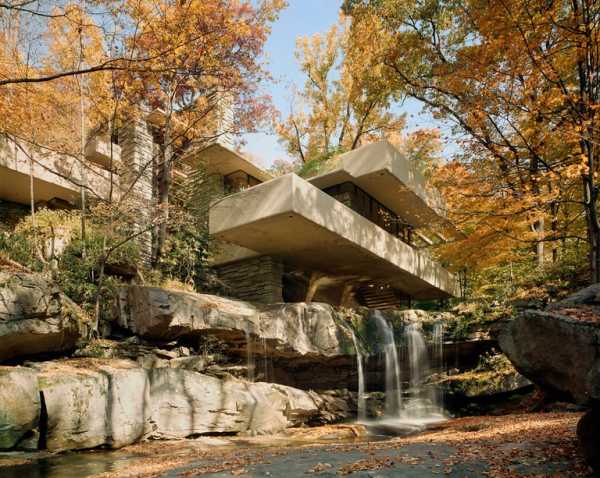 “Stollerized” became the word—popularized by the influential socialite and architect Philip Johnson—for what happened to your building on such a good day’s work. This meant that it had been given a certain look: monumental, monolithic, luminous, lapidary, imbued with the moody stillness of Stoller’s stated influence, the pioneering French documentary photographer Eugène Atget. But also that it had been given a certain Establishment imprimatur. “Do we not sometimes design for the pages of the Architectural Forum,” Johnson once observed (perhaps protesting too much), “do we not design too deliberately for an Ezra Stoller color shot?” Stoller, the son of Polish immigrants (his father became a union activist), appears to have left as little to chance in his life as in his pictures: already a commercial photographer upon graduating from a design program at New York University, he cultivated such curators as the Museum of Modern Art’s Arthur Drexler; corporate clients Heinz and I.B.M.; and editors and art directors at the Time, Inc., titles Fortune and—back when its contents defined the profession’s contemporary canon—Architectural Forum. 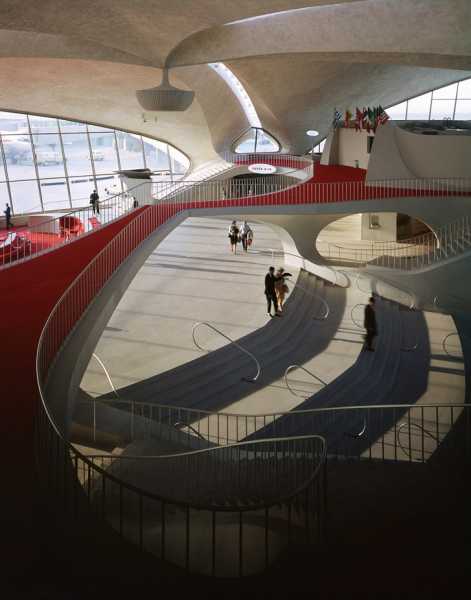 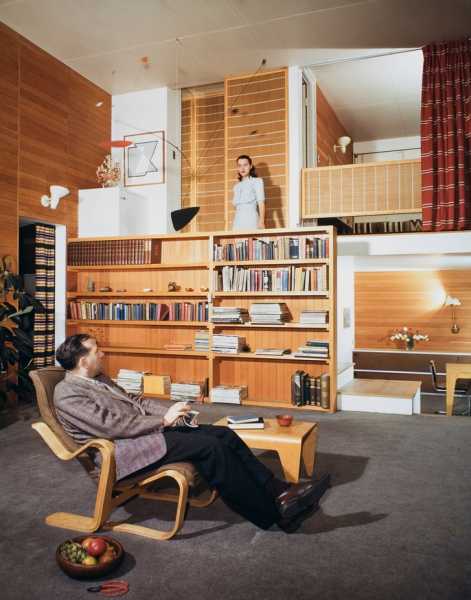 The eventual critique of Stoller was that his pictures made the ordinary seem too extraordinary. “The H.J. Heinz Research Center in Middlesex, England, for example, is a rather ordinary, low-slung modern building of 1965 by Skidmore Owings and Merrill,” wrote the architecture critic Paul Goldberger, in a Times exhibition review from 1980. “The photograph is stunning. . . . And that alas is the problem.” By then, Stoller’s insistent elegance and meticulous coherence were falling out of fashion. But his pictures captured a general excellence—that today would be extraordinary—in the design of rather ordinary buildings. Although Stoller’s work has become a collective visual memory for the flashy greatest hits of twentieth-century architecture—Mies van der Rohe’s Seagram Building, Eero Saarinen’s T.W.A. terminal, Frank Lloyd Wright’s Guggenheim Museum—the unsung heroes of his archive are the background buildings to which he also paid diligent attention: the Chamberlain Cottage; the Hahn shoe store, in Washington, D.C., by Ketchum, Gina & Sharp, from 1940; the Heinz factory in Pittsburgh, by Skidmore, Owings & Merrill, from 1952; and thousands more like them.

To look through Stoller is to see a time in which design for the ordinary places of daily routines—banks, storefronts, factories, corporate campuses, suburban houses—often rose to a level, now unequalled, of dutifulness, competence, and spatial and material ingenuity. Although this excellence was coincident with doctrinaire tastes enforced by the mid-twentieth-century establishments (and boys’ clubs) to which Stoller was subject, it was not a matter of style. It was a kind of long tail in which a ferocious idealism and technical curiosity in Gropius’s generation of architects diffused deeply, by direct education and indirect example, into American heartlands and hinterlands. Not least through Henry N. Cobb, but also through such Stoller-documented designers as Pietro Belluschi, Arthur Erickson, Florence Knoll, Gyo Obata, William Pereira, Hugh Stubbins, and Harry Weese. As with the Chamberlain Cottage, their work learned from older building traditions to create—enduringly immune to vicissitudes of established taste—what might be called a vernacular modernism. Considered in light of today’s celebrated new buildings that merely soothe or entertain, this legacy of vernacular modernism offers a chastening tonic. It’s a reminder of the possibility of a built environment in which not just monuments but all the moments of everyday life could be—in the sense of being endowed with unsought grace, calm, and dignity—Stollerized. 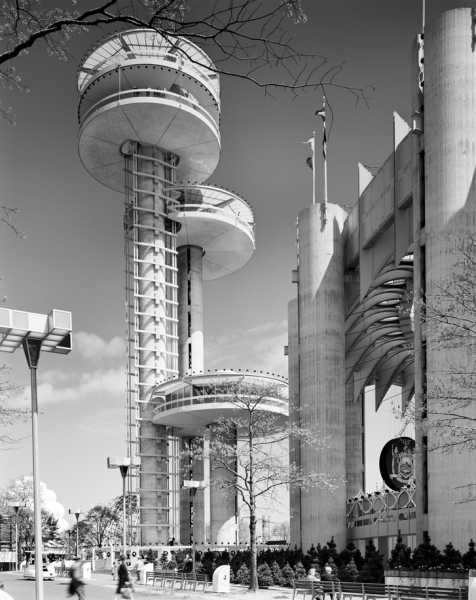 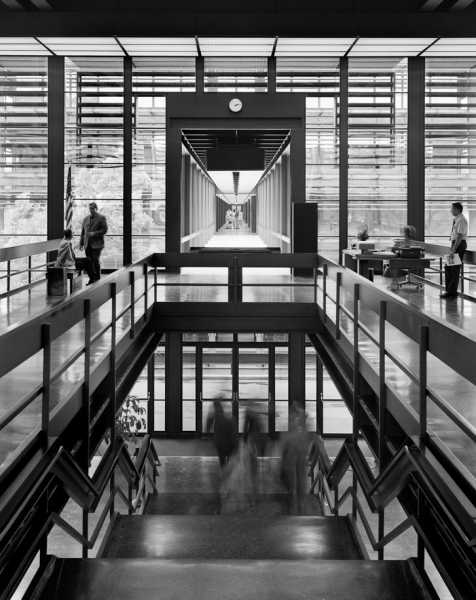 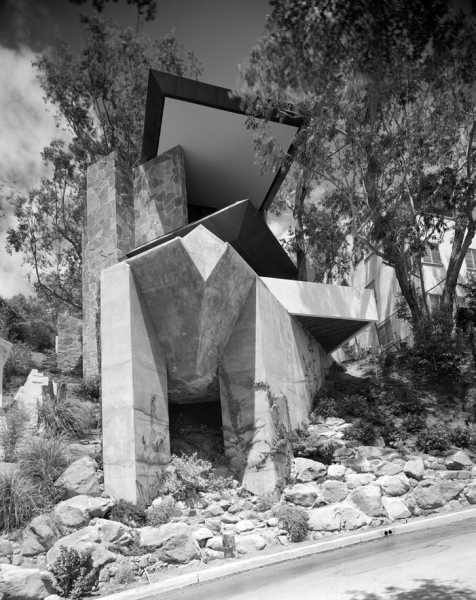 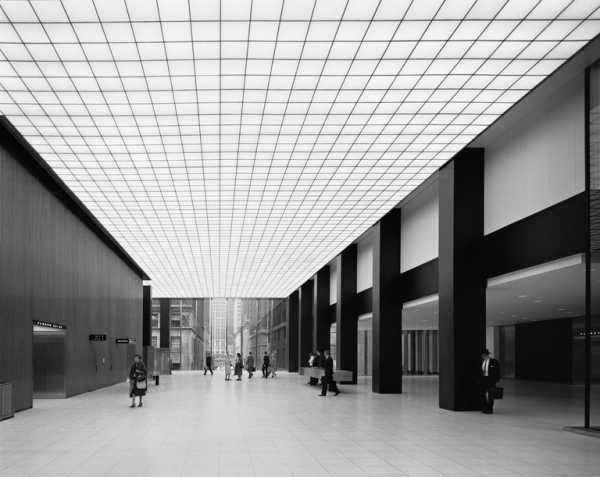 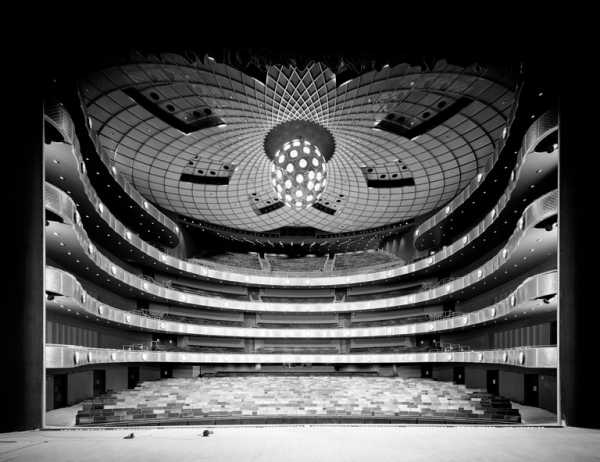 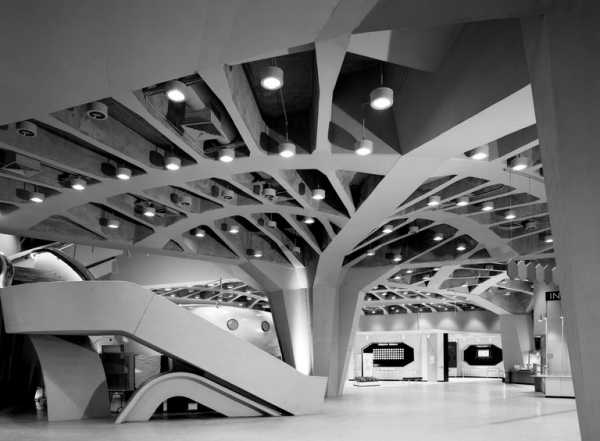 Some European Countries Want to Cut Off UK’s Access to EU...