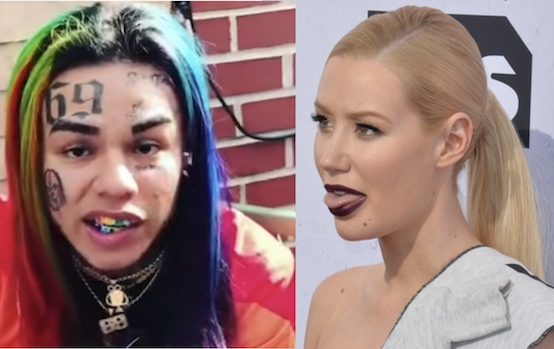 Carl Wilson, music critic for Slate, sat down at his desk, placed his fingers to the keyboard, and actually wrote the following sentences in a review of the debut record from Cardi B, a former stripper and current “Instagram star”:

The finest example, though, is the way she quotes and samples Three 6 Mafia associate Project Pat in “Bickenhead,” a twist on his Southern rap classic “Chickenhead” from 2001. That song was full of contempt for empty-headed “hoes” (aside from a brief moment of pushback from female rapper La Chat), taking its name and chorus from an old derogatory image for women giving oral sex. Cardi turns it around into women using sexuality to manipulate weak-minded men—“pussy so good, make a nigga invest”—and not just for financial gain: “Make him give your ass a child,” she raps, and as we’ve now learned, that’s exactly what’s happened.

This painful exercise of humiliation acts as the climax, not of Wilson’s self-abdication, but in the presentation of his argument that Cardi B is making a “womanist impact on hip hop.” A rare triumph; the record demonstrates, in the unironic screaming fangirl meets pretentious graduate student words of Wilson, “what happens when a woman’s spirit lifts her from the bottom of the pole to the heights of the altar.”

For those unfamiliar with the artistic beauty and brilliance of Cardi B, what follows is a sampling of lyrics from, what Wilson calls her “most touching track, “Be Careful.”:

Said that you was workin’, but you’re out here chasin’ culo
And putas, chillin’ poolside, livin’ two lives
I could’ve did what you did to me to you a few times
But if I did decide to slide, find a nigga
Fuck him, suck his dick, you would’ve been pissed
But that’s not my M.O., I’m not that type of bitch
And karma for you is gon’ be who you end up with
Don’t make me sick, nigga

In Wilson’s earlier incarnation, not as an Instagram star, but as a thoughtful writer, he attempted to delineate the mystery of taste. His outstanding book, Let’s Talk About Love, explores his contempt for Celine Dion in order to investigate what beyond mere aesthetic preference influences the artistic loyalties and aversions that people form. Taste, Wilson argues like many cultural theorists before him, is partially a function of social capital. To despise Dion is to elevate one’s self above her fans—mostly middle aged suburban women still buying CDs at Wal Mart. “It’s hard to imagine an audience that could confer less cool on a musician,” Wilson writes.

The sad irony of Wilson’s transformation is that it inversely affirms the criticism at the heart of his book. Musical criticism—for Wilson and many others—is not an honest expression of analysis and interpretation, but the means through which writers can identify with the “cool” crowd and the correct politics.

Pathetic jockeying for coveted seats in the cafeteria alongside the big men and women on campus, along with the replacement of any aesthetic criteria with a simple identity politics checklist, has emptied the popular arts in America of their meaning, and in the process, vandalized the credibility of once prestigious prizes.

“Humble,” the most popular and praised song from DAMN makes the following contribution to the American songbook:

If I quit your BM, I still ride Mercedes, funk
If I quit this season, I still be the greatest, funk
My left stroke just went viral
Right stroke put lil’ baby in a spiral
Soprano C, we like to keep it on a high note
Its levels to it, you and I know, bitch, be humble

The 37th use of the word “bitch” is what really gives “Humble” its punch.

In his epic novel chronicling the struggles of Ancient Rome’s apostate emperor, Julian, Gore Vidal writes, “History is idle gossip about a happening whose truth is lost the instant it has taken place.”

Contemporary pop culture degrades both the work of the historian and the gossiper, confusing them both, and injecting what remains into its entertainment. Kanye West’s new record, Ye, has received coverage typically reserved for milder events, such as the Bolshevik Revolution or the resignation of President Nixon. In one song, West recalls the reaction of his better half, Kim Kardashian, when she learned of his infamous foray into historical revisionism, which involved him appearing on TMZ to declare that “slavery was a choice”: “Wife calling screaming saying we’re about to lose it all / I had to calm her down ’cos she couldn’t breathe / I told her she could leave me now but she wouldn’t leave / This is what they mean for better or for worse huh.”

The popularity of Kanye West, along with Cardi B, whose aforementioned “Be Careful,” is her response to her ex-boyfriend’s sex tape with another woman, threatens to mutate modern lyrical writing into nothing more than rhythmically charged Facebook status updates. Musically, most of these songs are highly derivative and overly dependent on computer programming and the “sampling” of hits from genuine instrumentalists and composers. “Be Careful,” for example, includes such heavy borrowing from pop and soul standards of previous generations that its songwriting credits include 16 names.

Wynton Marsalis, jazz legend and artistic director at the Lincoln Center, recently described rap music as a “pipeline of filth,” and lamented its critical appraisal with bewilderment, “It is almost like the adults have left the room.”

Hip hop is not the only element of American culture benefitting from the absence of adult perspective. Film, or at least the popular conception of it, has also taken an unfortunate turn toward the juvenile.

Superhero movies, and other fantastical tales for children, have become the dominant genre in the United States. Rather than bemoaning the lack of adult-oriented entertainment at the cinema, as they once did, critics now christen the Marvel and DC filmic empires as legitimate, even brilliant, if the caped crusaders hang on the high wire of identity politics.

The Guardian celebrated Wonder Woman as a “masterpiece of subversive feminism,” but Slate countered with an essay on how “Black Panther’s feminism is more progressive than Wonder Woman’s.”

One commonality that most reviews of big budget spectacles share, aside from an ignorance of Virginia Woolf and Erica Jong, is they devote surprisingly few words to weighing the artistic and aesthetic merits of the films.

Vox has run several articles on the latest installment in the Star Wars series, Solo, most of which focus on the “pansexual identity” of one of its characters, and the “woke droid” who plays some oracular role in the story.

As someone who has not seen any of these films, I am not qualified to issue any judgement on their entertainment value or artistic excellence. I do know, however, that to evaluate a work of art according to its advocacy of an ideology is best left to Marxists and religious fundamentalists.

America is undergoing a cultural demolition project, as evident by the elevation of tabloid feud and rumor (in the case of Kanye West, Cardi B, and others) to artistry and criticism, and the steady corruption of art by treating it as an extension of social media debate.

The term “fake news” has become ubiquitous in political conversation. Already having morphed from describing something specific—the deliberate dissemination of knowingly false stories to mislead voters—into a general insult for any piece of reportage someone does not like, it will certainly continue to influence national discussion of journalism and politics.

In the past several years, a new and troubling development has taken place. There is a coalescence between prominent members of the mass media, critics of great repute, and Madison Avenue campaigns in disguise, to amplify and magnify mediocre pop cultural products and entertainers whose work is frivolous, but otherwise plays a convenient role in the predominant political-cultural orthodoxy (and keeps everyone involved in this corporate matrix very rich).

“Fake news,” in its narrower application, presents a worrisome problem, but so too does the proliferation of a new monstrosity in American life: Fake culture.

India is a More Dangerous Country Than Pakistan, Cricket Board Chief...